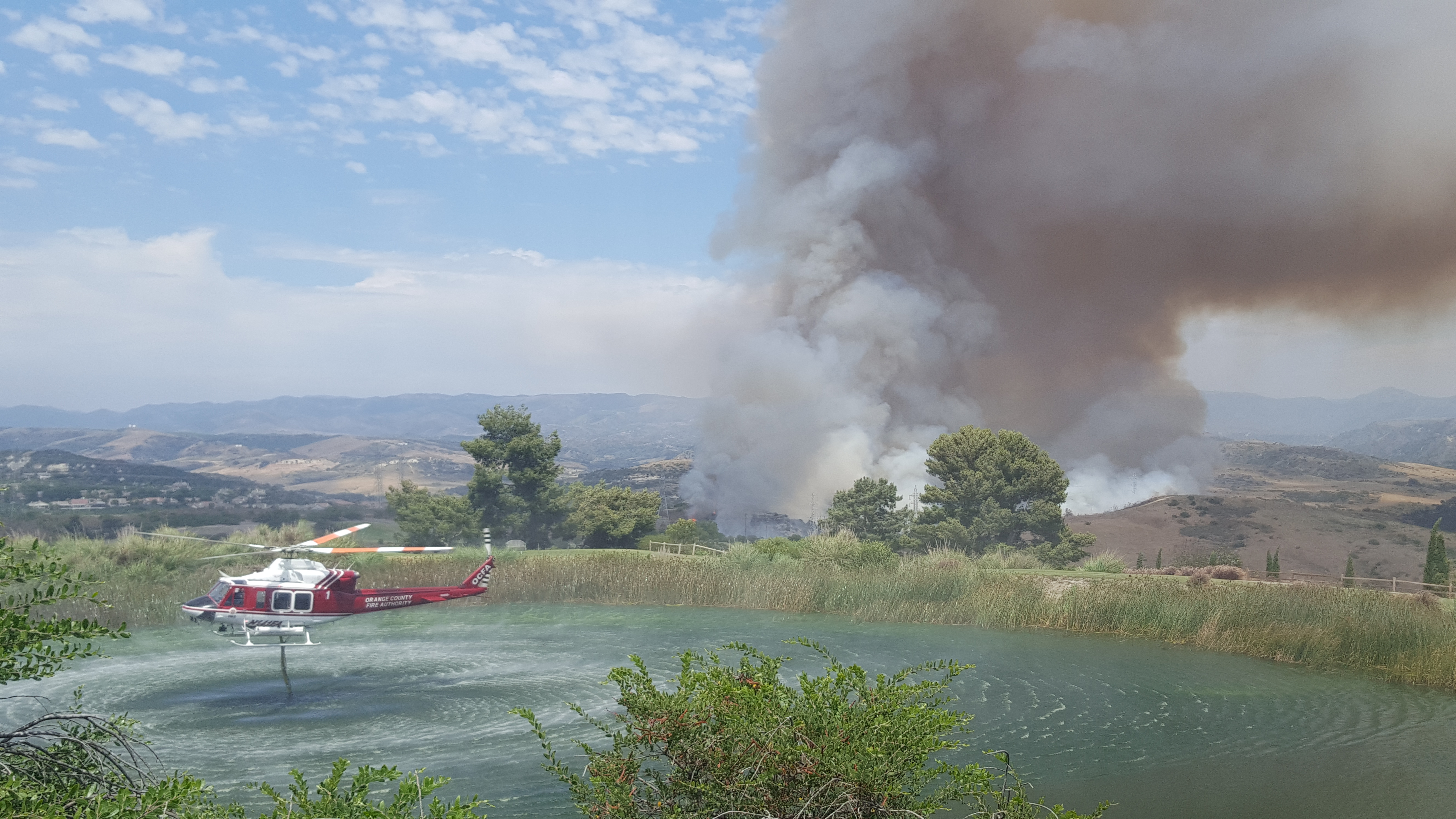 Less than a week after a wildland fire near San Clemente was taken control of by Orange County Fire Authority (OCFA) and other firefighters, another fire has started burning in south San Clemente.

The fire was contained shortly after 4 p.m. on Wednesday, July 5, after burning 52 acres south of the city. OCFA personnel will remain in the area for another few hours to make sure no smoldering embers reignite.

OCFA public information officer Capt. Larry Kurtz said the fire wasn’t moving too fast at 2:20 p.m., but about 30 minutes later OCFA stated on Twitter that it was moving at a “moderate” pace.

At 3 p.m., OCFA reported the fire had grown to 25 acres but its progress had been stopped, and 75 firefighters were on scene. No injuries were reported from the fire, and the cause of it is still under investigation, Kurtz said.

Two helicopters and two air tankers made water drops and an additional strike team was dispatched to the area Wednesday afternoon. OCFA and Camp Pendleton Fire are currently on scene.

This is a developing story. We will provide updates as they become available.