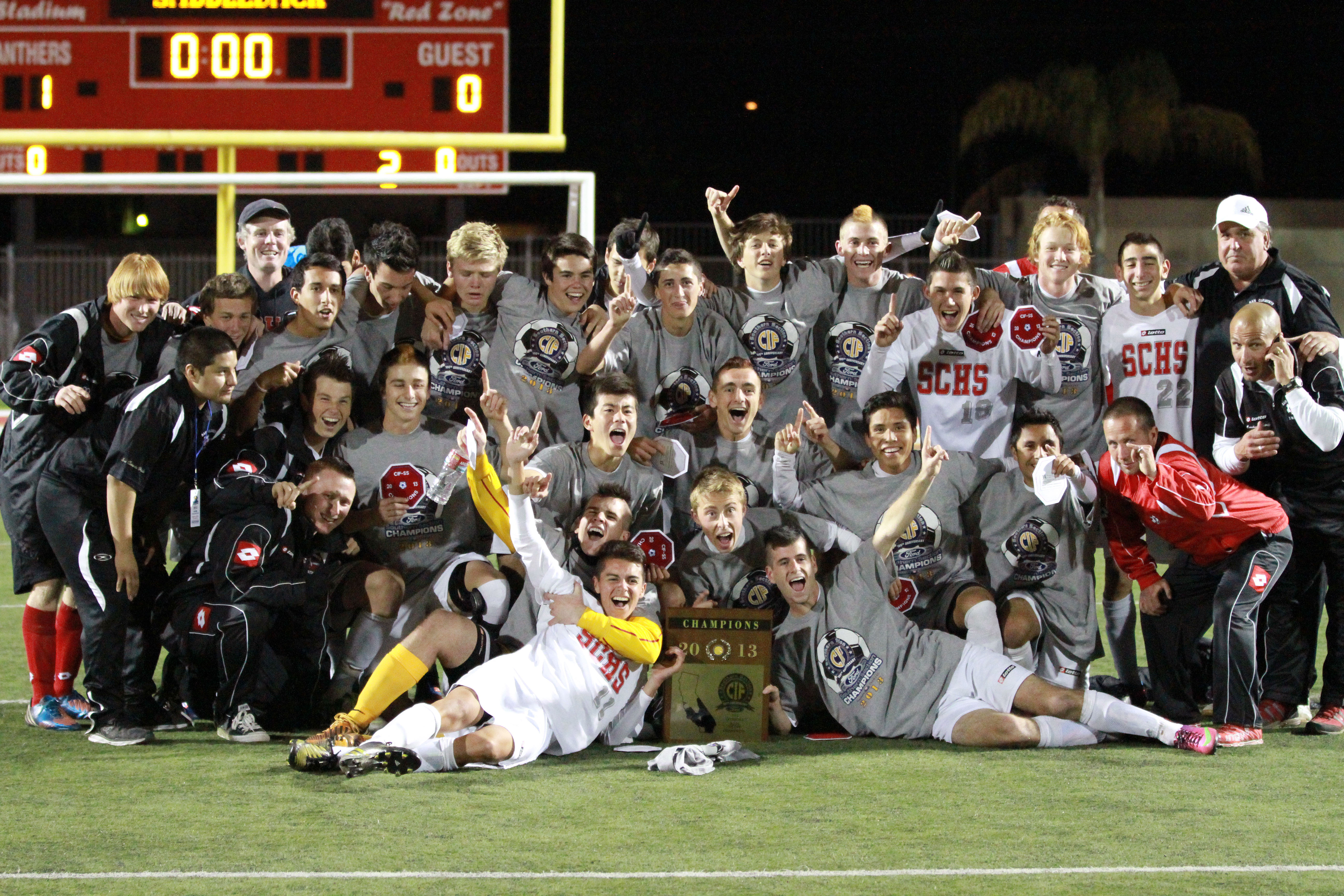 With 2013 coming to an end, we look back on the top stories, events and people that made up the San Clemente sports and outdoors scene.

San Clemente High standout volleyball players AJ Hammer and Lucas and Jack Yoder ignited the 949 Volleyball 18 Black team to a first-place effort at the prestigious Junior Invitational Tournament in Anaheim. The win earned them a berth in the Junior National Tournament.

San Clemente’s Jack Madrid draws attention to his racing skills while competing in the lower levels of the NASCAR racing circuit. In late January it was announced the Madrid would join the Rev Racing team and compete in the Whelen All-American Series, a potential feeder program for NASCAR Nationwide and Sprint Cup circuits, throughout 2013.

Ben Villa, a longtime freshman football coach at San Clemente High School and co-founder and color commentator of the popular Friday Night Live football broadcast, passed away on January 25 at the age of 70.

18 San Clemente High School athletes signed their National Letters of Intent during a ceremony on campus on February 6. Tritons committed to play at Division 1 and Division 2 schools, including USC, Air Force Academy and UCLA, to name a few.

Following a convincing win over Trabuco Hills on February 7, the San Clemente boys basketball team ended a streak of 38 consecutive years without winning a league title. The Tritons defeated the Mustangs 63-44 to win the Sea View League Championship.

For the first time in the Challenger Division’s 23-year history, a senior team comprised of players 13 and up took the field at Vista Hermosa Sports Park as part of the San Clemente Little League Opening Day festivities on February 23. The Challenger Division provides an athletic outlet for players with physical and mental challenges.

The San Clemente boys soccer team caps off an impressive playoff run with a 1-0 win over Servite in the CIF-SS Division 1 Championships on March 5. Alek Cucuk scored the lone Tritons goal in the shutout, which was their 21st clean sheet on the season and their 30th win, both program records.

The Tritons kept the run going through the SoCal Regional Championships, where they fell to El Rancho 3-0 in the finals. The Tritons finished their season with an overall record of 32-3-1.

A three-set sweep at the hands of rival Dana Hills on April 25 snapped a 23-match win streak for the San Clemente boys volleyball team. Up until the loss, the Tritons had not lost a match in 51 calendar days. 16 of their 23 wins were straight-set shutouts and they were pushed to five sets only twice.

programs or participated in sports at the high school level, or moved here later in life but achieved athletic success while a resident of the city. The nine-member class now has their names adorned on tiles at the Aquatic Center at Vista Hermosa Sports Park.

San Clemente junior Kelsey Benoit ended an impressive shot put season for the Tritons track and field team by placing seventh in the event at the CIF State Track and Field Championships on June 1. Benoit paved his way to the finals by recording a throw that measured 62-feet, 6 3/4 inches at the CIF-SS prelims in May, which was the second best throw in the county at the time. According to head coach Dan Johnson, Benoit was the first junior to break the 60-foot shot put mark in Orange County since 1985.

On June 4 the San Clemente City Council voted 4-1 in favor of moving forward with negotiations on a lease proposal with the French Soccer Institute. FSI initially proposed a plan to build a $25 million private soccer facility behind Richard T. Steed Memorial Park.

Former San Clemente football captain and current assistant principal of Marco Forster Middle School Brad Baker was enshrined into the San Clemente football Hall of Fame on June 14. Baker led the Tritons to a CIF-SS semifinals appearance and was a part of the national championship teams at Saddleback College and Azusa Pacific University.

Karch Kiraly brings the U.S Women’s National Volleyball Team to Southern California to compete in exhibition games against Japan as part of the USA Volleyball Cup. The second match in the three-game series took place at JSerra Catholic High School in San Juan Capistrano on July 13.

San Clemente’s Gage Zerboni, Alek Cuck and Dylan Struthers played integral roles in the West Coast Futbol Club’s run to a U18 National Championship, which is considered the pinnacle of U.S youth club soccer. The team traveled to Overland Park, Kan. and defeated Raiders FC Premier on July 28 in the finals.

Former San Clemente High and UCLA football player Nick Pasquale passed away on September 8 after being hit by a car near the corner of Camino de los Mares and Calle Nuevo. Pasquale was known for his tenacious work effort and lovable personality and on the night of his death, hundreds gathered on the field at San Clemente High, including the Pasquale family, his former teammates and UCLA head coach Jim Mora to take part in a candlelight vigil to honor his memory.

Gordon Neale, a 16-year-old junior at Tesoro High School, bests the field and shoots a 70-69 over the two day stretch at the San Clemente Municipal Golf Course on October 26 to claim the San Clemente City Amateur Championship.

San Clemente’s Beth Sanden, who is partially paralyzed from the waist down, came in sixth-place in the hand cycle division at the New York City Marathon.

The San Clemente boys soccer team headed into their sixth game of the year as the No. 2 ranked team in the nation, according to www.studentsports.com winter FAB50 rankings. The Tritons hosted No. 4 ranked Alisal on December 18 and drew to a 1-1 tie.