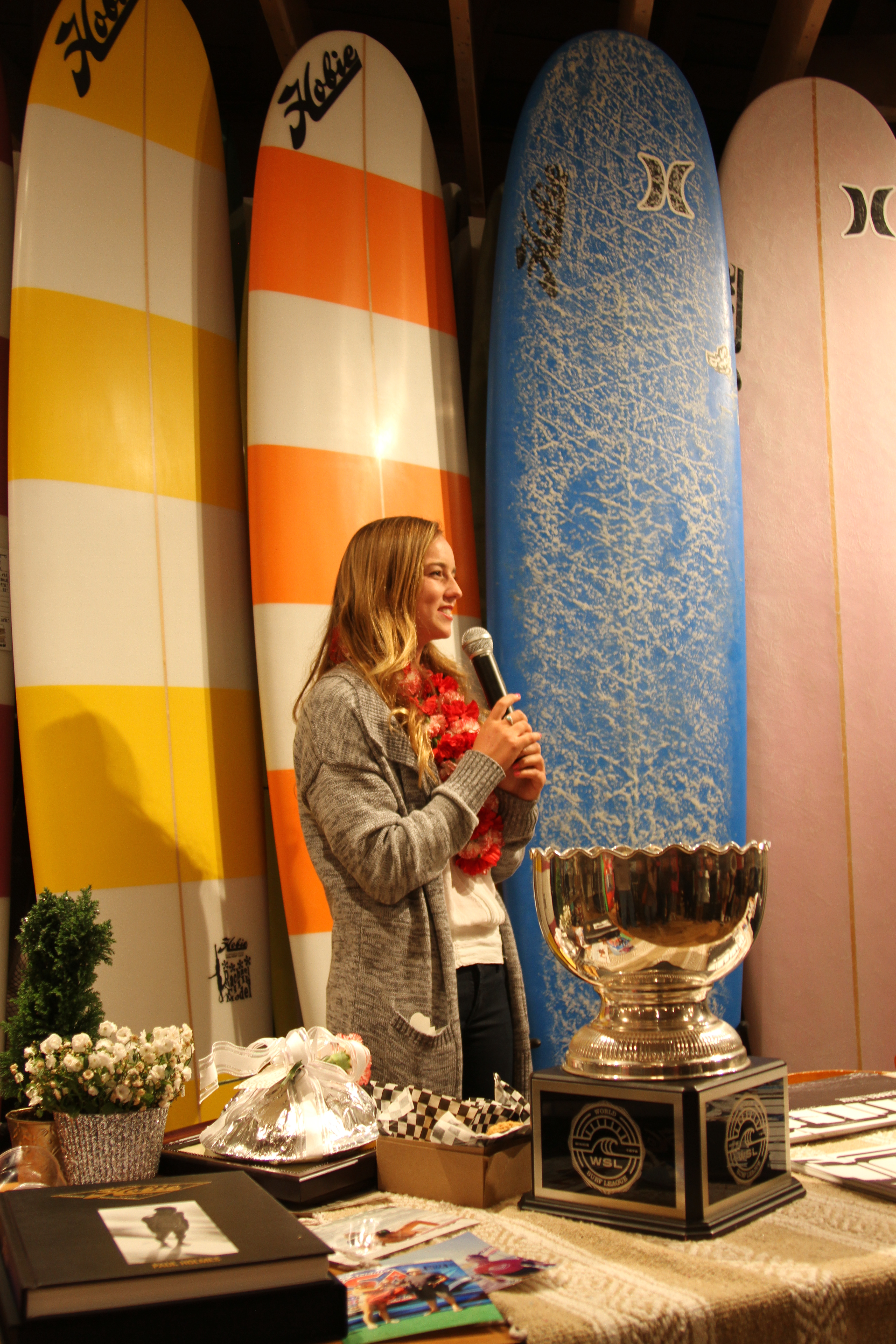 Rachael Tilly, 17, of Capistrano Beach, set out in 2015 with something to prove. As an already accomplished longboard surfer on the verge of leaving her grom years behind, Rachael began training for one last shot at realizing her dream of becoming the youngest professional women’s longboard world champion in history. And with grit, determination and a renewed commitment to competition surfing, she succeeded.

It was her third time qualifying for the event. After failing to advance out of preliminary rounds on her first two attempts, the months leading up to the world championship were spent taking everything she’d learned, re-doubling her efforts and focusing on developing a world-class competition strategy, including better wave selection and patience.

With so few pro longboard events offered each year, Rachael had also decided to take as many competition opportunities as she could find in 2015. She surfed for the San Clemente High School surf team and returned to the Western Surfing Association Championship Tour events to continually test herself under pressure, she said.

Her hard work actually paid off twofold, having also won the national title (her second, having won in 2013 as well) at the WSL North America Women’s Longboard Championships in November and then riding her wave of momentum to be crowned the world’s top woman longboarder.