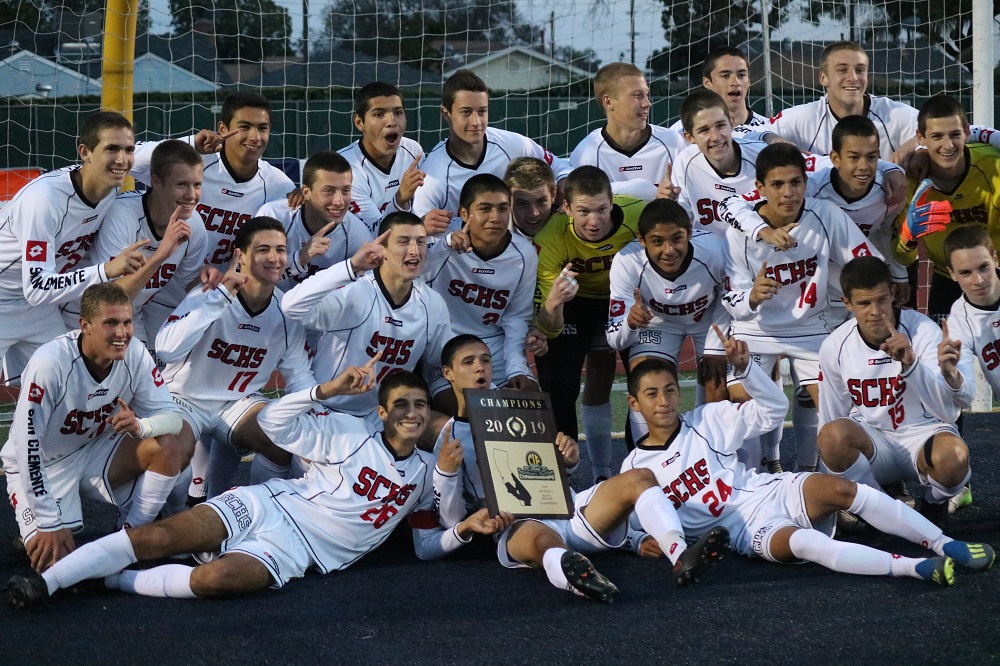 As another year comes to a close, it was another trip around the sun during which San Clemente’s otherworldly athletic talents were showcased on stages big, small and in between.

Here is a look back at some of the best San Clemente sports moments of 2019:

San Clemente then-junior, now-senior Ella Gardiner became just the eighth Triton girls basketball player to score 1,000 career points for the program in a win over Tesoro, 50-25. Gardiner was the first to hit the mark since Cassie Harberts in 2010.

The San Clemente girls water polo team advanced to its first CIF-SS Final since 2015 with a tightly played 7-5 win over Santa Barbara in the Division 2 semifinals. The Tritons fell to Santa Margarita in the title game, 18-12, and earned runner-up honors.

The San Clemente boys soccer team beat Cathedral in penalty kicks, 2-2 (4-3), to capture its second CIF SoCal Regional title. The Tritons also beat Cathedral for the CIF-SS championship, and with the additional league title, the program completed its first treble – a triple championship.

SCHS alumni and UC Irvine pitchers Andre Pallante and Tanner Brubaker were selected in the fourth and 11th round, respectively, in the 2019 MLB Draft. Pallante was taken by the St. Louis Cardinals, and Brubaker was selected by the Minnesota Twins.

San Clemente senior Blake Bowen was selected as the 2019 Gatorade California Boys Soccer Player of the Year. Bowen scored 18 goals and added 15 assists in the Tritons’ triple championship season. Bowen was the second straight Triton to win the award after Tristan Weber.

SCHS alumnus Kolby Allard was traded from the Atlanta Braves to the Texas Rangers ahead of the MLB trade deadline, nearly one year after he had won his MLB debut. Allard stayed up with the Rangers and went 4-2 in nine starts with a 4.96 ERA.

SCHS alumnus Jack Sears left the USC football team and entered the NCAA transfer portal. Sears earned his degree from USC, and in December, Sears committed to San Diego State as a graduate transfer with two years of eligibility remaining.

Saddleback College football coach Mark McElroy, who graduated from SCHS in 1978 and coached the Tritons for seven seasons in the ‘90s, became the winningest coach in Gauchos history with his 150th victory in Saddleback’s season opener. McElroy is 158-74 in 21 seasons at Saddleback.

SCHS alumnus Kyle Murphy was selected by the DC Defenders with the eighth pick in the offensive lineman segment of the first XFL draft. Murphy played college football at Stanford before stints with the Green Bay Packers and Los Angeles Rams.

The San Clemente boys water polo team defeated Mira Costa, 11-5, in the Division 2 semifinals to advance to the program’s first CIF-SS Final since its only CIF-SS championship in 1991. In the final, the Tritons were edged in the final seconds by Foothill, 13-12.

The San Clemente football team was removed from the CIF-SS playoffs before its scheduled Division 2 semifinal and forfeited all of games from the 2019 season after a player was ruled ineligible due to pre-enrollment contact. The player’s CIF-SS appeal and attempt to overturn the ruling in court were denied.

Safety/receiver Preston Rex, receiver/cornerback Cian Smith and kicker Cole Thompson made their college choices on the first day of the three-day early signing period for football on Dec. 18. Rex signed with BYU, Smith signed with Drake University, and Thompson signed with Navy.