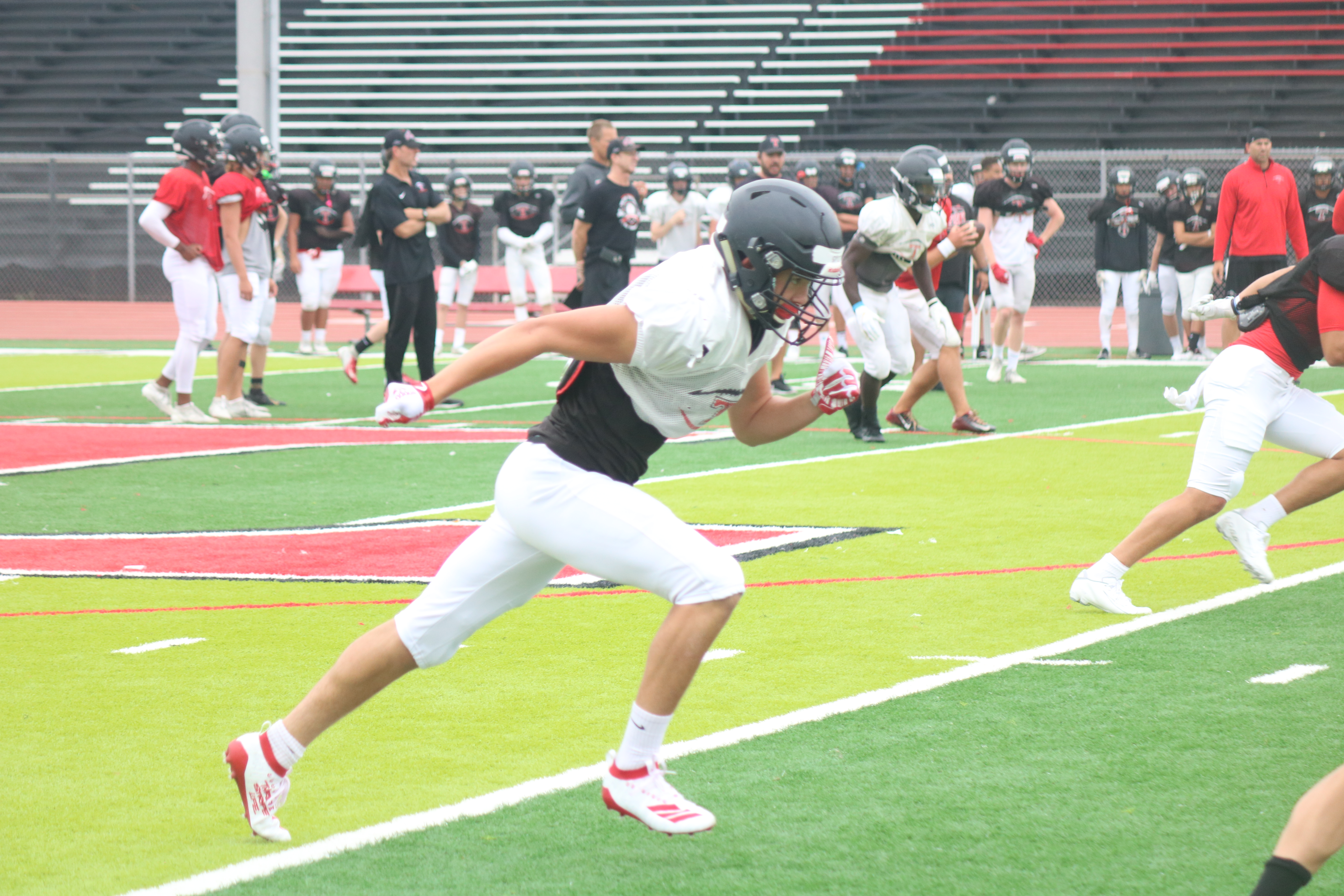 Words and Photos by Zach Cavanagh

Joseph already put himself into Triton history last season by coming off the bench for his first varsity snaps and leading the comeback upset win over Mission Viejo. Now, the University of San Diego golf commit will inherit the San Clemente quarterback mantle and take full command of the Triton offense.

Rex will be involved all over the field. The BYU commit was the only San Clemente junior to be named first-team all-league, but that was on the defensive side. Rex will make an impact as a receiver, free safety and kick returner. Rex grabbed four TDs and four interceptions last season.

Smith is another player stepping into the No. 1 role. Second-team all-league as a junior, Smith pulled in 571 yards and three TDs on 40 receptions, behind only Jaydel Jenkins (1,003 yards and 12 TDs). Smith will be expected to stretch the field as a deep threat.

Swarthout started off and on as a sophomore, but returns as the leader of the Tritons’ muscle up front. Swarthout is the most physical lineman San Clemente possesses. At 6-foot-2, 240 pounds, Swarthout will take charge in protection and carve holes for the run game as the offense finds itself early on.

Batson made his mark as a sophomore with second-team, all-league honors and 98 total tackles, fourth-most on the team. Batson grew three inches over the offseason and will bring a physical presence. Batson will also take reps at wide receiver. Batson’s father, Brian, is a defensive coach for San Clemente.

Brail was part of a key change that turned around the San Clemente defense last season. Brail opened the season as a safety but was moved closer to the line of scrimmage as an outside linebacker. Brail was second on the team with 106 tackles, collected three sacks and was second-team, all-league.

While only a sophomore last season, Robertson was one of the Tritons’ heavy hitters. Robertson led the team in total tackles with 114, as well as solo tackles with 57. Robertson has gotten bigger at 6-foot-2, 215 pounds, and Coach Jaime Ortiz said Robertson has stepped up mentally and physically.

Torticill is getting his first full-time varsity action in his senior season. Torticill will get his reps as the strong-side linebacker. Ortiz praised his tenacious attitude, which is perfect for a player expected to get pressure on the talented quarterbacks San Clemente will face. Torticill is also a rugby player.

Westerberg made an impact off the edge last season, and after a productive offseason in the weight room, the senior is ready for a larger role. Westerberg wrapped up four sacks, a forced fumble, fumble recovery and 27 tackles as a junior. Ortiz said Westerberg has the “heart of a lion.”