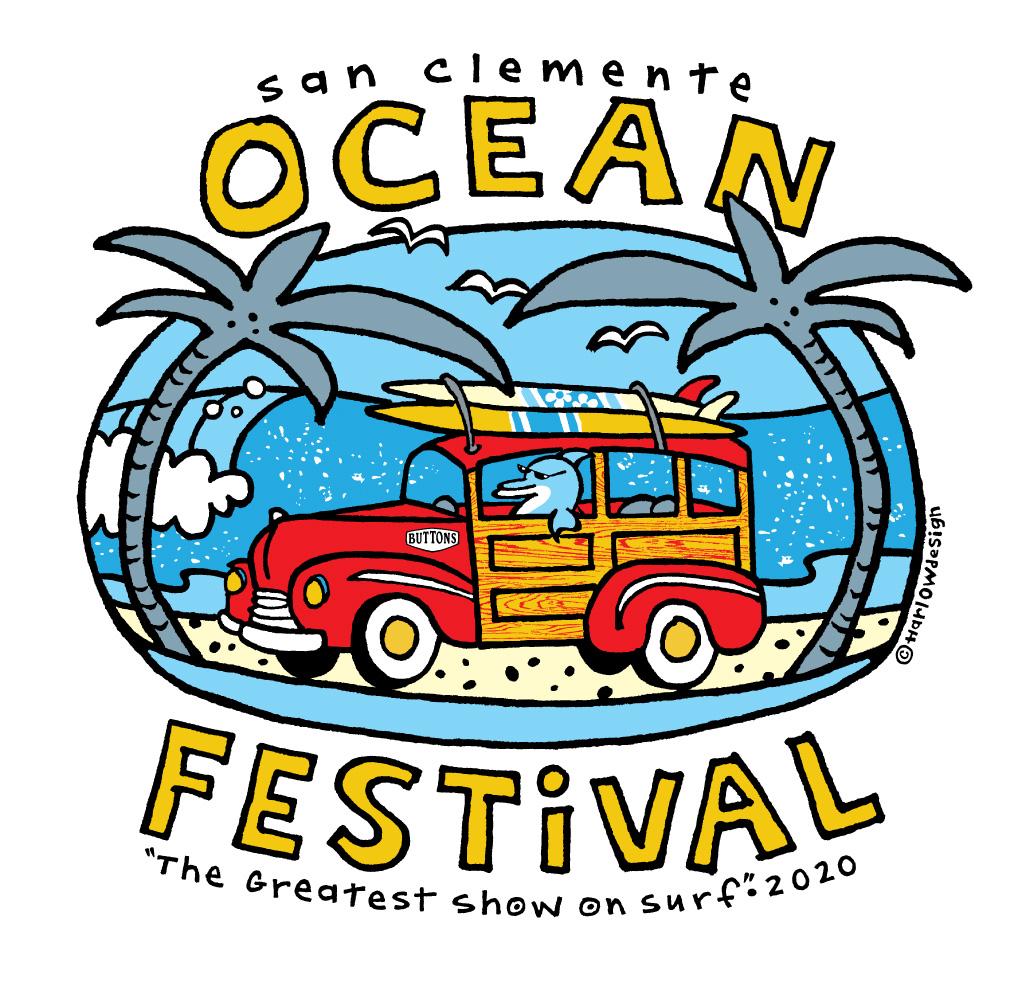 Though this year’s San Clemente Ocean Festival has been postponed until 2021, the organizers of the annual sporting event will continue to sell its popular collector T-shirts, which will be available for purchase beginning Memorial Day.

The T-shirts for the 44th Ocean Fest will feature a “whimsical, fun” design by local artist Bob Harlow and will recognize the contributions that Gary and Arlene Button have made to the Ocean Fest family throughout the years.

“This year’s white T-shirt design is dedicated to the renaming of our Woodie Car Exhibit to ‘Button’s Woodies on the Pier.’ ” an Ocean Fest press release explained. “Gary and Arlene worked together as an amazing team for over 25 years recruiting and coordinating a variety of Woodies for everyone to admire and enjoy.”

Gary, who served on various committees for the festival, as well as dedicating time to stuffing goodie bags and recruit prizes, relinquished his duties of gathering woodies last year to Art Wesselman.

Navy blue-colored shirts will also be available and will be dedicated to San Clemente’s former Marine Safety Capt. Bill Humphreys, who retired at the end of 2019, concluding a 43-year lifeguard career.

The Ocean Fest T-shirts can be purchased through the event’s online shop, as well as at DeNault’s ACE Hardware Store and Mikii’s on Del Mar. The shirts could potentially be found at pop-up shops in June, but more details on that will come later, according to the release.

For every adult shirt purchased, $3 will be donated toward scholarships for the city’s Junior Lifeguard program, the Ocean Institute for Adopt-A-Class program, and the San Clemente arm of the Age Well Senior Services’ Meals on Wheels program for homebound seniors.

Sizes for the white shirts will range from youth to adult, while the navy blue-colored shirts will come in adult sizes.