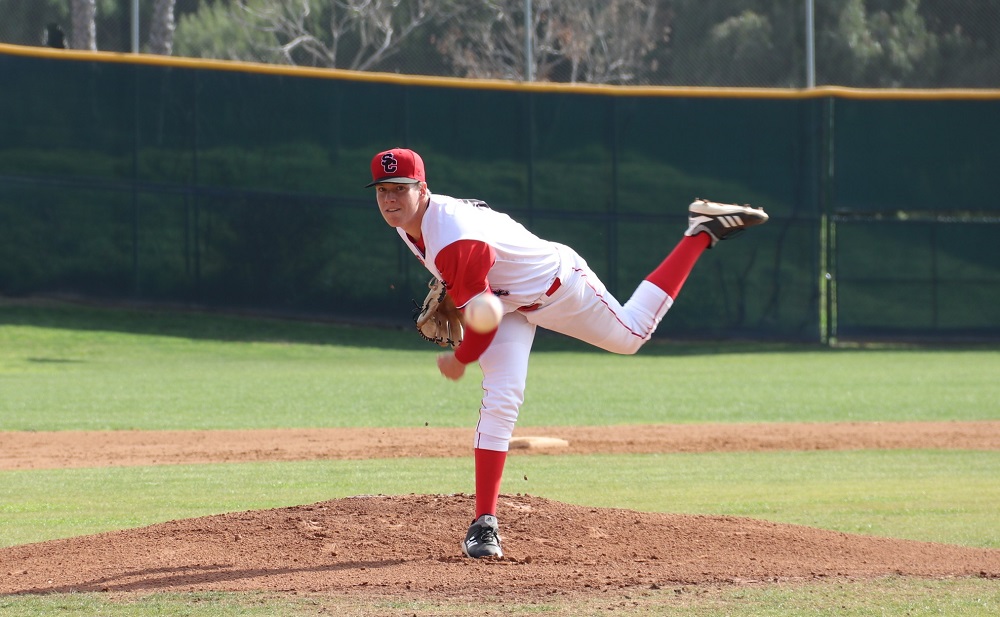 The busiest portion of the CIF-SS sports calendar is upon us as the spring sports season kicks off across Southern California.

San Clemente has 12 teams competing in the spring season, and all of them can expect some level of success.

Let’s check in and see how each group of Tritons will fare in 2020:

The San Clemente baseball team is a senior-heavy group heading into 2020.

Last season, the Tritons were once again strong in nonleague play, but whether it’s the South Coast League or the Sea View League, this South County conference showcases some of the most competitive baseball in Southern California.

Seniors dominated the pitching staff last season, so San Clemente will need some new arms to step up. One of those arms could be Loyola Marymount signee Kolby Schiffer.

San Clemente will be stronger with the bats, as juniors led the way in the hitting department last season.

San Clemente is 1-1 in the early season and continues with road games at Sonora on Thursday, Feb. 20 and El Toro on March 3. The Tritons open league at league champion Aliso Niguel on March 11 and host San Juan Hills on March 13. San Clemente plays a doubleheader at Dana Hills on April 18.

A surprise addition could put the San Clemente softball team on a track for deeper success than last season.

The Tritons were strong in 2019 with a Sea View League championship and a one-run loss to eventual champion Great Oak in the second round of the CIF-SS Division 1 playoffs.

This season, San Clemente drops down to Division 2, but just as the Tritons girls basketball team has benefited from such a division shift, the softball Tritons get the infusion of Auburn-committed junior Jessie Blaine.

Blaine, who moved to San Clemente with her military family, is one of the top-rated catchers in the country in the 2021 class. Blaine is a member of the USA Softball U-17 Women’s National Team and won gold at the 2019 Pan American Games.

Senior Melinda Cratty is another player to watch as a signee to Bethany College.

San Clemente is 1-1 on the season and hosts San Juan Hills on Thursday, Feb. 20. The Tritons host rival Dana Hills on March 5 and open league at home against Tesoro on March 24.

In 2018, the Tritons finished fourth at the CIF-SS South Coast Division Championships at Talega Golf Club and saw then-junior Alex Pak make a run to fourth place at the CIF State Championship.

In 2019, San Clemente finished in sixth at the CIF-SS South Coast Division Championships at Talega, and only one player, then-junior and University of San Diego signee Drayton Joseph, played in the CIF-SS Southern Individual Regional. Joseph finished two strokes off the cut line and did not advance.

At the division championships, Pak, James Bell and Ethan Greathouse each posted the low score for San Clemente at 75.

San Clemente will need new names to step up as the Tritons push to get back on top.

By most measures, last season was tremendous for the San Clemente boys volleyball team, as the Tritons split the South Coast League championship and won a thrilling Division 1 playoff opener.

However, for the Tritons’ success, their reward was a matchup with the juggernaut Newport Harbor, the No. 1 overall seed and eventual Division 1 and SoCal Regional champion. Such is the life for a strong team in CIF-SS Division 1.

San Clemente will look to keep up that stretch of success—14 titles in the past 21 years, including a top-two finish in each of those 21 years—with one of the deepest groups the Tritons have had.

San Clemente will be led by senior standouts in UC San Diego-bound Wolf Beeuwsaert and Pepperdine-bound Eli Crane. Beeuwsaert is a force in the middle, and Crane, an extremely versatile player, will move from the middle to the outside pin positions.

The Tritons finished fourth in Division 2AA at the CIF-SS traditional competitive cheer championships in January and competed in the National High School Cheerleading Championships in Orlando earlier in February.

San Clemente also had its first cheer signee in Maryville-bound senior Ryan Leff. Leff is a leader for the competitive sport cheer, or STUNT, group as a main base and tumbler.

The Tritons return all 15 members of their inaugural team and have a strong nucleus of juniors. Grace Hartanov will make an impact as a main base, side base and tumbler alongside backspot and tumbler Tori Ghyzel.

San Clemente opens its home schedule with a doubleheader against Fullerton on March 19. The Tritons’ toughest challenge will come against Costa Mesa on March 25.

Seniors were at the forefront for the San Clemente boys swimming team last season.

Life was harder for the Tritons in the South Coast League, but a handful of strong swimmers were able to shine through.

San Clemente qualified only one entry to the CIF-SS Finals, and only one swimmer returns from that 200-yard medley relay team. Junior Hayden Kahn, a key water polo player for the Tritons, comes back from that group.

Last season, the San Clemente girls swimming team moved up to the South Coast League after winning its first league title in 15 years in the Sea View League in 2018.

The move meant stronger competition, and the Tritons certainly felt that. However, several standout swimmers gained valuable experience to move into this season.

Boise State-bound Katie Faris was the only other Triton to qualify for the CIF-SS Finals last season. As a junior, Faris won a swim-off for the final spot in the 100-yard freestyle field and also finished 14th in the 50-yard freestyle.

Lacrosse had been a CIF-SS sponsored sport for several years, but with team membership not high enough, the local U.S. Lacrosse chapters in Orange and Los Angeles counties organized playoffs with the county champions meeting for the “Southern Section” title.

San Clemente was placed into Division 1 and will open the season at Mater Dei on February 22. The Tritons host Division 2 Dana Hills on Feb. 24 and Division 1 No. 3 Foothill on Thursday, Feb. 27. San Clemente plays at South Coast League co-champion Trabuco Hills on March 31 and hosts the Mustangs on April 24.

For its first season of full CIF-SS competition, the San Clemente girls lacrosse team is strong.

The Tritons were ranked No. 8 in Division 1 in the first-ever CIF-SS girls lacrosse preseason poll, and while San Clemente loses some impact seniors, the Tritons are deserving of the ranking with a good crop of experienced, young players.

Junior Stolie Erickson was one goal off the team-leading pace last season as a sophomore with 45 goals in 17 games. Erickson was also second on the team in points.

Paige Campbell will be the senior leader for San Clemente. Campbell is a leading defensive returner for the Tritons with 26 ground balls last season and the go-to on faceoffs. Campbell also added 26 goals with two assists.

Makena Coury is another offensive player to watch. As a sophomore, Coury scored 20 goals and was second on the team with 10 assists.

Another year brought another league title for the San Clemente boys tennis team last season, and with two standout seniors, the Tritons are poised to continue their success.

At the top for the Tritons are two highly successful seniors in Corey Angeli and Griffen Wolfe. Wolfe has won back-to-back South Coast League singles titles, and after winning the league doubles title as a sophomore, Angeli faced Wolfe in the league singles final last season.

Angeli and Wolfe will both look to improve their CIF-SS postseason performance. Each has made the final CIF-SS bracket in their careers, but neither has won a match in the round of 32 or after a bye in the round of 16.

San Clemente starts the season at home on Thursday, Feb. 20 against Woodbridge and opens league play by hosting Tesoro on March 19.

While the San Clemente boys track and field team doesn’t have one singular superstar, the Tritons are more than competitive across the board.

In the sprints, junior football star James Bohls is a focus in the 100- and 200-meters. Bohls could be joined by other football players in the 4×100-meter relay.

The Tritons have a strong jumping group as well. Senior Marcus Zanzonico and junior Egan Smith return after CIF-SS qualification in the high jump last season. Zanzonico made the CIF-SS Finals as a sophomore.

Seniors Lance Eades and Seth Gould could break through in the throws and hurdles, respectively.

San Clemente opens the season on Wednesday, Feb. 26 against Huntington Beach and starts league play at Tesoro on March 12.

The highlight of the San Clemente girls track and field team will again be in the distance running as senior Hana Catsimanes takes her final laps as a Triton.

San Clemente also has some youth that can step up and possibly lead the Tritons to higher plateaus.

Kaitlyn Harsey and Sierra Adams both took second place in league as sophomores in the discus and pole vault, respectively.

Back on the oval, Caroline Hawkes returns as a sophomore after second-place league finishes as a freshman in the 200- and 400-meters. Seniors who could step up in sprints are Gillian Paredes and Anelalani Breshers. Senior Camryn Harrell is strong in the middle distances.

San Clemente hosts the Triton Invitational on March 21 and Sea View League Finals on May 1.