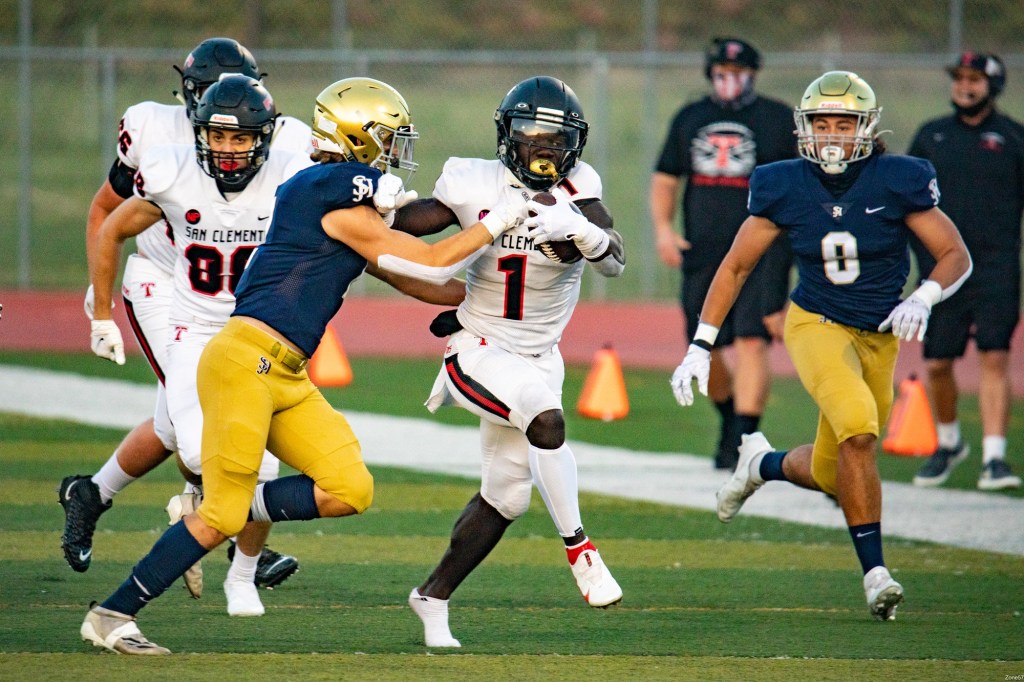 The year began with returns to the field and was highlighted by plenty of regular success as San Clemente athletes and teams adapted to the new normal of 2021.

Here is a look back at some of the memorable San Clemente sports moments of 2021:

Ten months after high school sports were shut down in California due to the pandemic, student-athletes, parents and coaches held rallies statewide on Jan. 15, including at San Clemente High School, to support a return to play. Cross country was the first sport to return on Feb. 6, and the rest of the outdoor sports were eventually given the OK to return on Feb. 26 and indoor sports on March 5.

With a masked-up, family-only ceremony on the field at Thalassa Stadium, San Clemente High School honored its college-bound student-athletes. Seven volleyball players and six football players were among the signees.

More than 16 months after the last San Clemente football game had been played, the Tritons took to the field to open their 2020 football season in the spring of 2021. San Clemente would go 5-0, including a dramatic win over Mission Viejo to claim the South Coast League Championship.

The Orange County Cup of the Professional Pickleball Association went off in front of more than 3,000 spectators at the weekend event. Nearly 1,000 athletes competed for more than 300 medals in 136 events in varying skill levels and demographics.

McGreevy Selected in First Round of MLB Draft

UC Santa Barbara right-handed pitcher Michael McGreevy was selected 18th overall by the St. Louis Cardinals in the first round of the MLB Draft. The 2018 SCHS graduate was the highest-selected former Triton since 2015.

Pronier Steps Down After 33 Years

San Clemente boys cross country placed four runners in the top 12 and all five scoring runners in the top 20 to handily win the Orange County Cross Country Championship. It was only the beginning of a successful run for the Tritons

After winning the South Coast League and finishing fifth in CIF-SS Division 1, the Triton boys cross country team qualified for the CIF State Championships for the first time in 32 years. San Clemente finished fourth in Division I at the state meet.