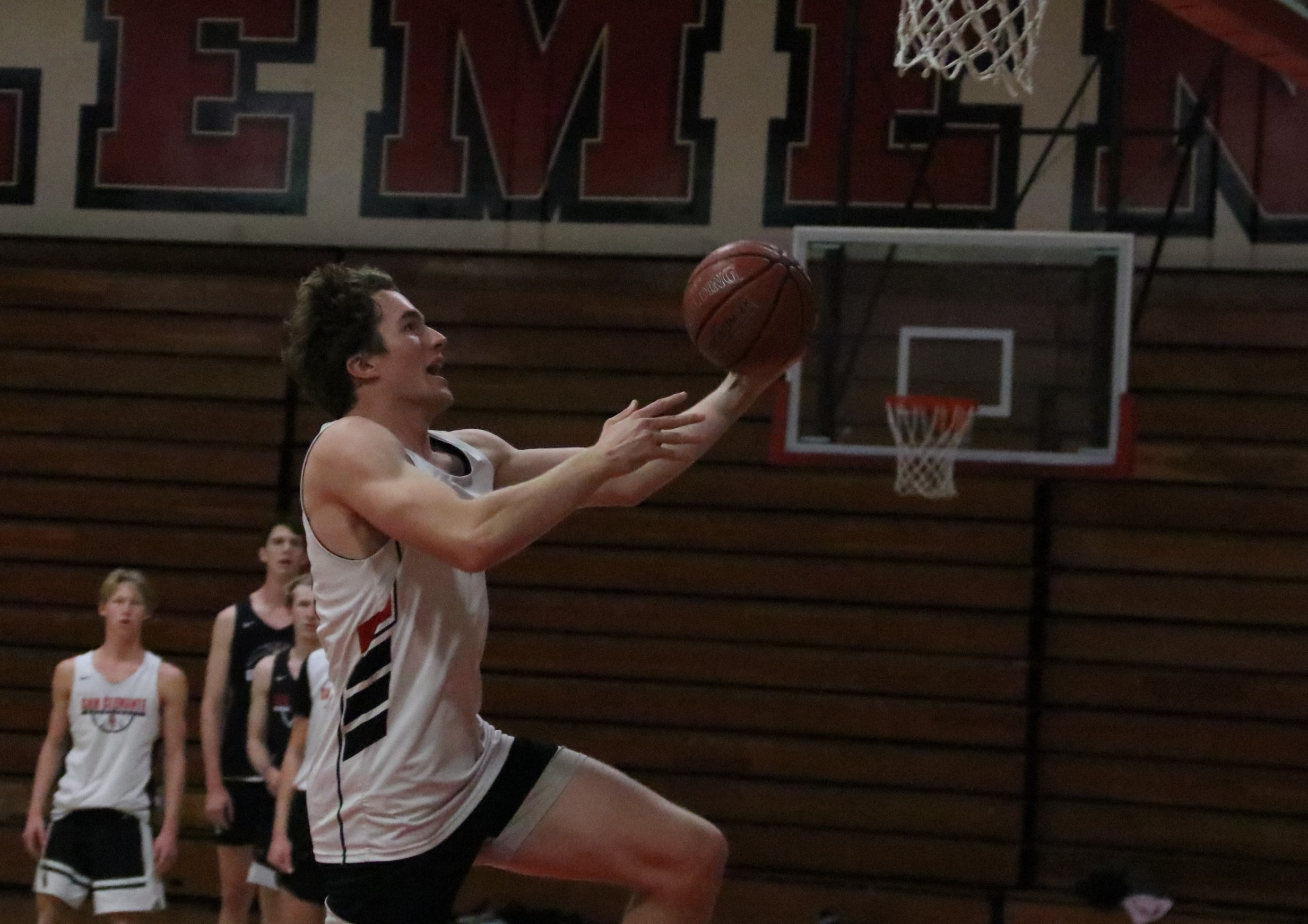 As the 2021-22 sports calendar dips into winter, the winter sports season actually gets to be played in the winter.

Last year, the winter sports were pushed into the spring, and while they were able to have more of a full season than their fall sports counterparts, winter sports teams were among the most affected by pandemic restrictions due to playing indoors.

Back in the days of colored tiers, indoor sports were extremely limited until approved to start, and when the teams did start playing, testing was required ahead of every game, and masks were required of every player. The mask requirement is still there for coaches and fans this season, but with the now weekly testing plan in place, athletes won’t be required to wear masks.

Despite the strange circumstances, San Clemente’s winter sports teams were quite successful in the spring, and the Tritons look to expand on those successes this season.

In the spring, the San Clemente boys basketball team seemed to get stronger as the season went on, as the Tritons surged to a South Coast League co-championship with a 13-4 overall record and 7-1 league record. However, San Clemente advanced only to the second round of the CIF-SS playoffs.

Now, with a full season to ramp up, the Tritons look to try and topple the tough South Coast League once again, and with a strong returning presence up front, San Clemente (6-3) is rolling at a decent pace in the early season.

San Clemente opens South Coast League play on Jan. 5 at Trabuco Hills, but the Tritons don’t play their first home game of the season until Jan. 14 against University.

After a struggle to open the spring season, the San Clemente girls basketball team rallied for a 6-2 South Coast League record, 10-7 overall record and a CIF-SS Division 1 playoff appearance.

Going into that spring season, San Clemente had to account for the loss of impact players, and the Tritons found their way to make that league push. San Clemente will have to make their way in a similar fashion this season.

San Clemente has only three seniors this season, with the leader among them being senior guard Jolie Johnson. Johnson has been a key player for the Tritons since their run to the CIF-SS championship game in 2019.

Overall, the Tritons have a varied makeup with those three seniors, four juniors, three sophomores and two freshmen.

It’s a new era on the pitch for the San Clemente boys soccer team.

Stepping up onto the sidelines as the new head coach is Chris Murray. Murray is familiar locally as an assistant coach on the Tritons’ first regional championship team and as the director of coaching for the San Clemente Surf soccer club.

The Tritons will be replacing a lot from a senior-heavy team that lost in the first round of the CIF-SS playoffs in the spring.

San Clemente is 1-0-1 on the early season and opens South Coast League play on Jan. 5 at home against Capistrano Valley.

The San Clemente girls soccer team is also under new but familiar management.

Stacey Finnerty had a historic 16-year tenure with the Tritons that included five CIF-SS championships, a CIF State Regional title and nine league titles before her then-retirement in 2016.

Five years and two coaches later, Finnerty is back at the helm.

San Clemente has plenty of returners, including Mia Owens, Abby Succi and Emily Sanchez, who made an impact as young players last season on a team that was the South Coast League runner-up by a thin margin.

San Clemente (1-0) plays at Dana Hills on Thursday, Dec. 9, and opens league play at home against Aliso Niguel on Jan. 4.

In the shortened spring season, the San Clemente girls water polo team was a dominant force led by an incredible senior class. The Tritons were 8-1 overall and 6-0 in league play with a plus-121 goal differential.

This season, there’s plenty of change, as younger players will have to make an impact with new coach Ikaika Aki, who took over both the boys and girls water polo programs this year after the departure of Logan Powell before last season. Aki was previously an assistant coach for the men’s and women’s teams at Loyola Marymount University.

Despite the Tritons needing to open their season in the spring and outdoors, it was another banner year for the San Clemente wrestling team, as the Tritons won their second consecutive and second-ever CIF-SS Dual Meet Championship.

Returners from that CIF-SS championship lineup include juniors Benjamin Hernandez and Cole Robertson and seniors Garrett Boyd and Robert Maley.

For the first time, there were enough full-rostered girls wrestling teams to necessitate a CIF-SS girls wrestling dual meet championship. It was a critical year for them as well, as they would be the only postseason event for wrestling with no individual tournaments allowed.

San Clemente made strong use of this new opportunity, as the Tritons won their first two duals to advance to the CIF-SS Division 1 quarterfinals.

This season, the Tritons are led by captains and four-year wrestlers Keyla Ajeloza and Charlie Banks.