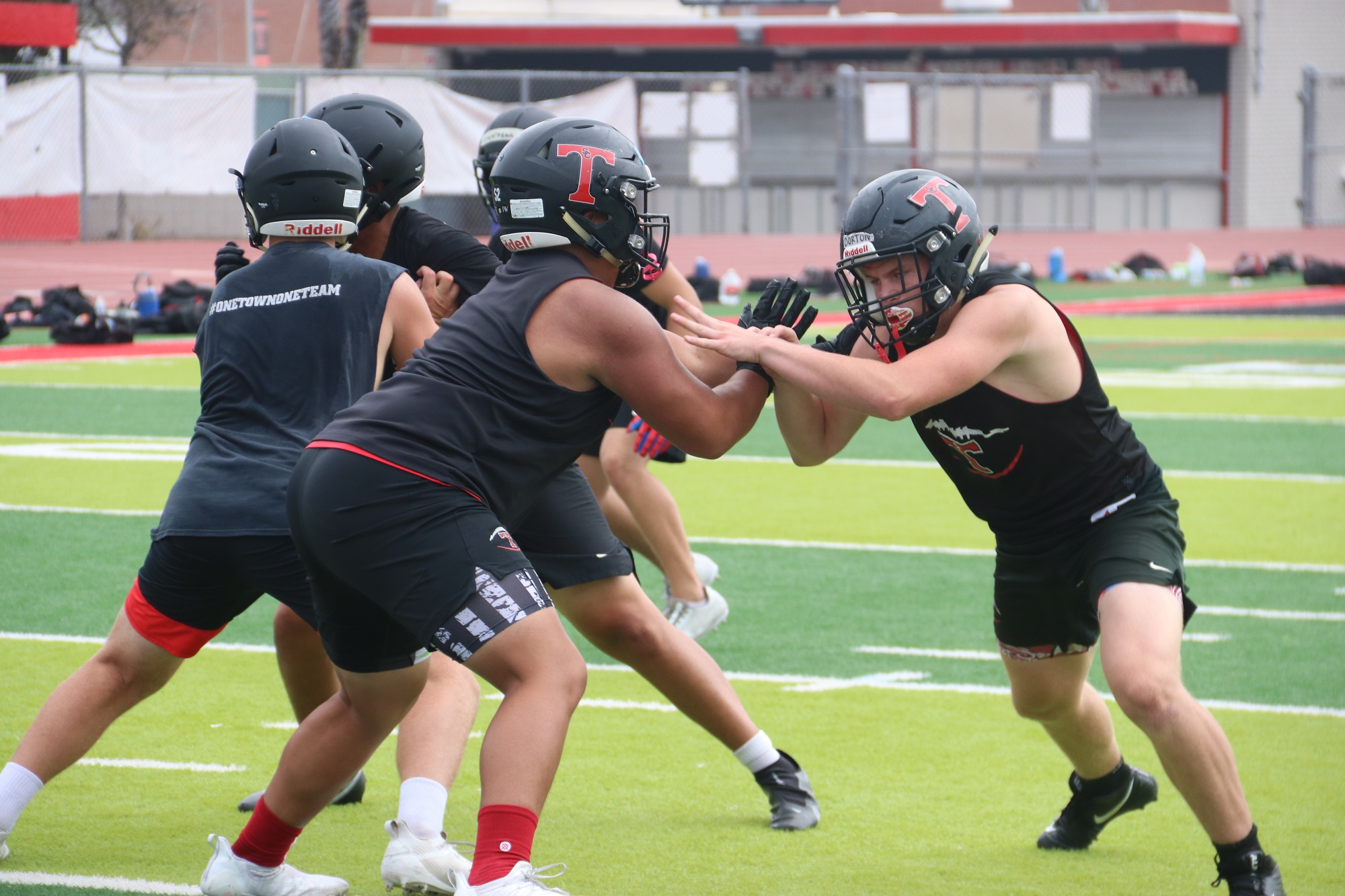 After a one-year hiatus due to the delay of the season and restrictions of inter-county play due to the pandemic, the Battle of the Base returns, as the Pirates drive up the 5 to the north side of Camp Pendleton.

San Clemente has won three of the four matchups between the two schools dating back to the start of the series in 2016.

The team Oceanside fielded in the spring is almost completely gone, as the Pirates were full of impact seniors at all their major positions.

The Falcons continue to employ the Wing-T offense in an effort to control the game on the ground, and even in a pandemic season, Torrey Pines expertly executed it. The Falcons graduated their featured back, but with options of returning quarterbacks and a well-oiled program under coach Rod Gladnick, Torrey Pines should be more than capable this fall.

The Falcons will be a fantastic test for San Clemente’s defensive swarm.

The Tritons will get a gauge for La Costa Canyon early, as the Mavericks take on another South Coast League squad in Tesoro in their season opener on Aug. 20.

After their San Diego tour, the Tritons turn their attention to rivalries they’ve cultivated among the Orange County beach cities.

San Clemente renews its series with Corona del Mar, and the Sea Kings bring back some youth with experience from the spring. Corona del Mar returns its quarterback and top running back, who both put up impressive numbers as sophomores. Quarterback David Rasor completed 57% of his passes for 1,035 yards and 15 touchdowns in only six games. Running back Evan Sanders ran for 438 yards and five TDs.

San Clemente and Edison have played a stretch of extremely competitive matchups since this series began in the 2016 state regionals. The Tritons and Chargers have played each of the past four full seasons, and all four games have been one-score games with an average margin of victory of just more than four points. San Clemente has won all four games.

Edison graduated seniors from all of its major positions, except for leading receiver Nico Brown, who caught 40 passes for 664 yards and eight touchdowns in the spring season.

While San Clemente and Murrieta Valley did not play in 2019, the two have still met four times since the 2016 season.

San Clemente’s final nonleague contest before a pre-league bye week is Loyola of Los Angeles. Loyola is a private school and is the oldest continuously run school in Southern California.

Loyola’s last game against an Orange County opponent came in the 2019 CIF-SS Division 4 title game, in which the Cubs hosted San Juan Hills. The Stallions won their first CIF-SS title that night, 21-15.

Loyola graduated the quarterback that started that CIF-SS title game after the spring season, but the Cubs do return their top running back from last season.

San Juan Hills made its return to the South Coast League last season following the Stallions’ first-ever CIF-SS title in 2019, but it was tough sledding.

This fall, San Juan Hills will likely start junior Colton Joseph at quarterback. Joseph transferred from San Clemente after his freshman season and is the younger brother of former Tritons quarterback and golfer, Drayton Joseph.

Tesoro acquitted itself nicely for all that the 2020-21 football season was. The Titans were more than enough for their Sea View League crossover games, hung tough with the top two of the South Coast League and ended with a dramatic one-point win over San Juan Hills in their “Battle for the Bell” rivalry.

Tesoro loses some offensive firepower, but the Titans return their top rusher in Lucas Pesak and a top receiver in Mason Wolfe. Pesak was a force with 517 yards and four touchdowns on 106 carries.

The biggest game only got bigger, as once again the Tritons took down Mission Viejo for the South Coast League title. After a dominant stretch by the Diablos that began in 1999, San Clemente has broken through in two of the past three seasons, which sticks in the craw of Mission Viejo.

Mission Viejo boasted an explosive offense last season that the Tritons shut down. It’ll be another tough task this season, as the Diablos return their starting quarterback (junior Kadin Semonza) and top rusher and top receiver (junior Mikey Matthews).