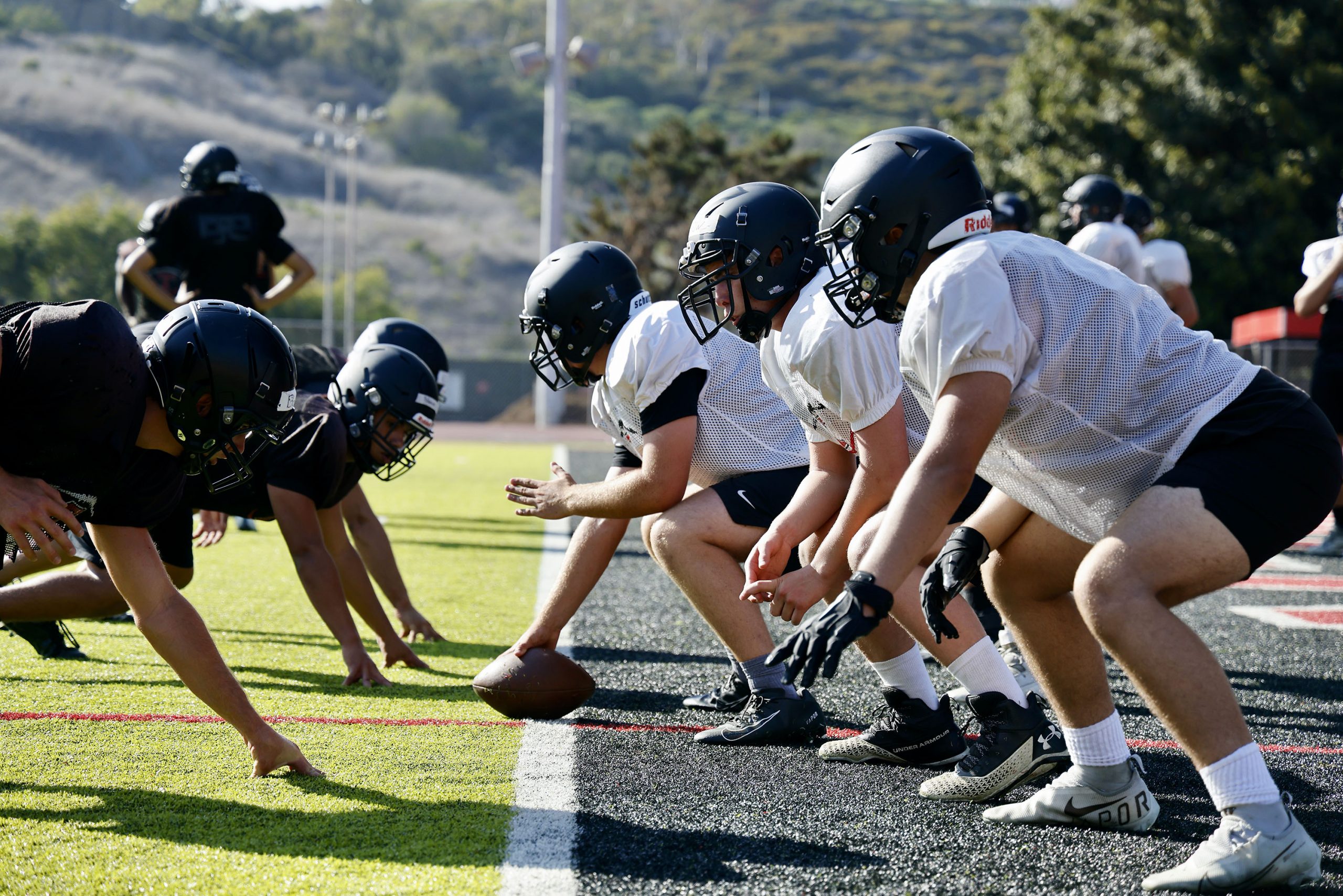 Oceanside graduated all of its top offensive and defensive contributors after a disappointing campaign.

However, the Pirates are never too short on talent and are reloaded for the sixth installment of the Battle of the Base. San Clemente has won four of the five matchups between the two Camp Pendleton-adjacent schools since 2016, with the only loss coming in 2016.

Torrey Pines will have a new coach at the helm in Robby Collins, but old-school football fans need not worry. The Falcons will still roll into San Clemente with their trademark Wing-T offense.

Collins had been the offensive coordinator for the previous two seasons under former coach Rod Gladnick, who left for St. Augustine in San Diego.

Due to the COVID pandemic and last season’s COVID cancellation, Torrey Pines and San Clemente haven’t faced off since 2019, when the Tritons clobbered the Falcons in San Clemente, 31-7.

San Clemente’s opening San Diego County/Avocado League tour concludes against La Costa Canyon, and if history between the two teams is any gauge, buckle up.

The past four matchups between the two schools have been decided by one score, including two straight San Clemente wins. Last season, the Tritons were held scoreless until the fourth quarter,  when they scored in the first minute and the final minute to take the win.

Normally, the Battle for the Trident (not what it’s called, but it should be) has been an offensively exciting affair, and despite the hype entering last season’s edition, the two teams played out the textbook defensive battle.

The Sea Kings ground out the win, 7-3, last season, but despite that and Corona del Mar graduating its top receivers, don’t look for this year’s matchup to play out the same way.

Aside from a season-opening blowout to Servite last season, Edison either won in a rout or lost by just a handful of points.

One of those routs was over San Clemente, in a 42-0 game in which nothing went right for the Tritons. Although it was a big margin and the Chargers had four rushing touchdowns, Edison only had 93 yards rushing. Three interceptions and a 97-yard fumble return didn’t help, though.

Luckily for San Clemente, Edison graduated its leading rusher, but its quarterback and some top receivers return.

Ever since the Tritons beat Murrieta Valley for their only CIF-SS title in 2016, the Nighthawks have become an entertaining fixture on the San Clemente schedule.

Last season’s clash was somehow the lowest-scoring entry in the series, and even then, there was plenty of drama to be had, as the Tritons blocked a field-goal attempt as time expired to capture the one-point win.

Leading the Nighthawks this season are a pair of Bachmeiers: sophomore quarterback Bear and senior receiver Tiger. They are brothers of former quarterback Hank.

San Clemente closes out its nonleague schedule with a new face and another trip down to San Diego County to meet the Steele Canyon Cougars.

Just inland from downtown San Diego, Steele Canyon is a team that commits to the run game, which should be a good physical test for the Tritons heading into their bye week.

Steele Canyon returns its leading rusher from last season in senior running back Major Givens, who carried the ball 276 times for 1,516 yards and 12 touchdowns. Expect limited throws from whomever is under center.

Old foes meet again, but this time to open league play instead of closing out the season.

San Clemente and Mission Viejo have split the past four matchups, with each team winning on its home turf. The Tritons have won in tight thrillers, while the Diablos have rolled in dull blowouts. Will Thalassa Stadium bring magic again?

Mission Viejo is being built up as a public-school Death Star with all of their explosive passing stars returning. The Diablos lost their top rusher and several key defenders, but, of course, they always reload.

Capistrano Valley returns to the South Coast League after a brief hiatus, and it may not be a warm welcome.

The Cougars’ chance at competing rests on the shoulders of senior quarterback Trey Kukuk, who threw for 3,327 yards and 33 touchdowns and ran for another 830 yards and 10 touchdowns last season.

Tesoro kept its spot in the South Coast League, if just barely. At the league meeting, it came down to a tiebreaker with San Juan Hills, and Tesoro earned its spot with a better combined freshman and junior varsity record.

Does that mean Tesoro is toast again? No, because they at least have Capistrano Valley to play, and they’ll have better quarterback play this season. Last season, the Titans split their QB time, but they’re going to commit to a starter this season.

San Clemente has won its past six against Tesoro.