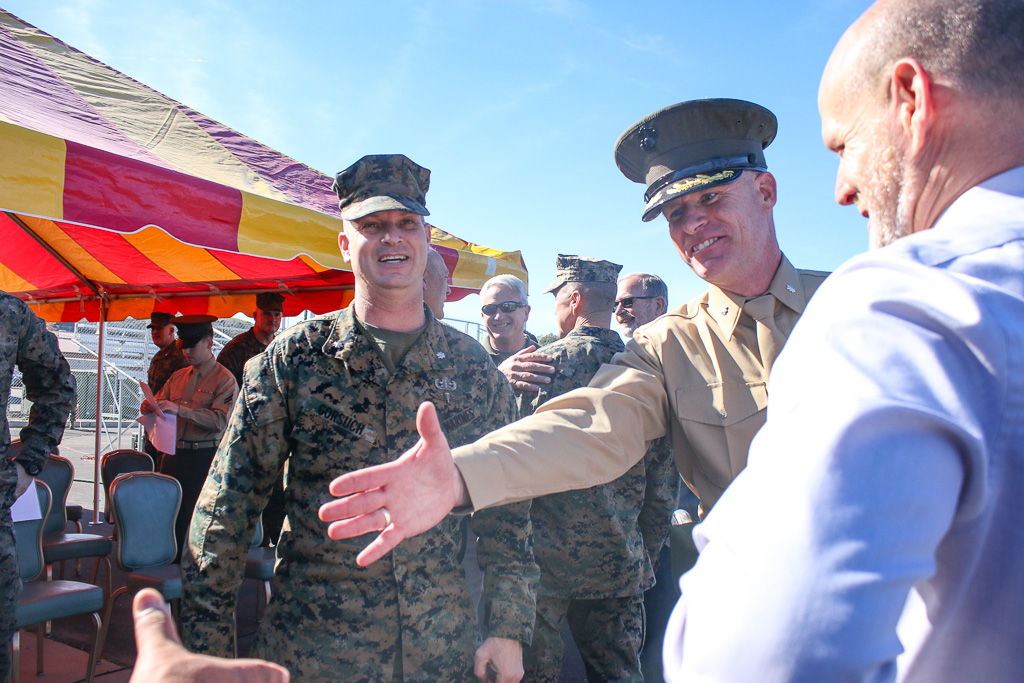 Byrne began his career with the Marines as a lance corporal in the 2/4, serving as an automatic rifleman.

Cook said during the ceremony that he appreciated the community support and outreach during his time as the battalion commanding officer.

Byrne said he’s familiar with the area and is excited to take on the new tasks, but when asked about the initial challenges, he said he recognizes them.

“I think we’ll see the normal ones with turnover of personnel, and we need to make sure those standards don’t fall off as we continue,” Byrne told the San Clemente Times following the ceremony.

Byrne will be tasked with leading the 2/4 during deployment training, which usually takes place in Okinawa, Japan and areas of Australia.

Lt. Col. Patrick Byrne started his career in the U.S. Marines with the 2/4 at Camp Pendleton. Photo: Eric Heinz

Lt. Col. Warren Cook said he enjoyed the lively community support from San Clemente residents for the 2/4 as he exited command of the unit. Photo: Eric Heinz