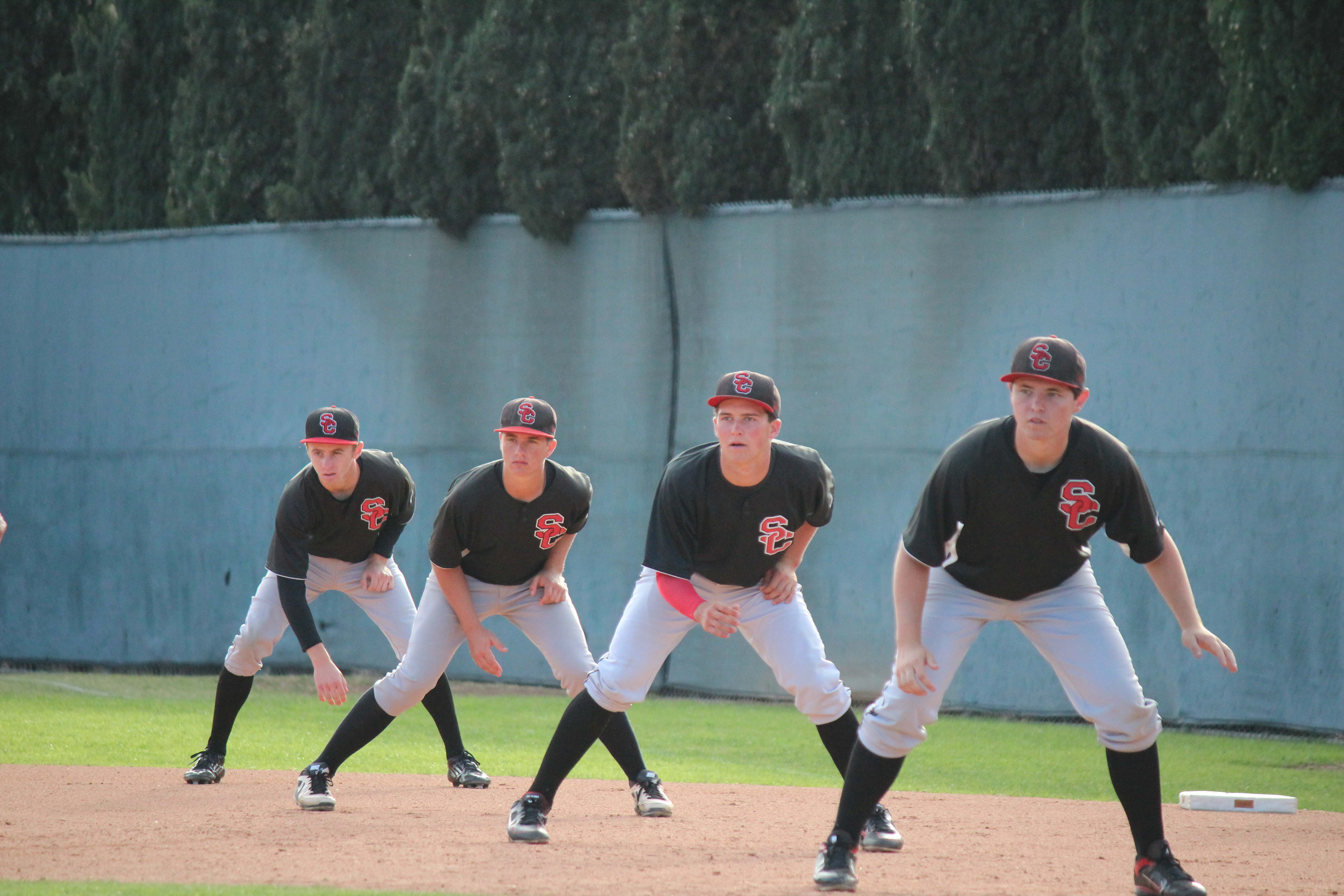 The Tritons scored a season-high 13 runs in the win over Norwalk.

The Tritons were set to take on El Toro in a double header today at Saddleback College. Results were not available at press time. Following the final tune-up against the Chargers, the Tritons will head into
Sea View League play with a March 21 home tilt against Laguna Hills.

Boys Lacrosse Off to Perfect Start
The San Clemente boys lacrosse team improved to 4-0 on the season with a pair of wins last week.
On March 15, they beat Great Oak 13-8 and on March 17, they took down South Coast League foe Trabuco Hills, 15-2.

Against Great Oak, Tritons freshman goalie Garrett Silverman got his first varsity start and win as he notched seven saves while facing 35 shots. Pacing the offense were senior co-captains Peyton Garrett, Austin Streeter and Collin Zines, who each notched three goals and one assist. Senior defenseman Adam Brownell led the team with seven ground balls and junior Max Lepley had three clears. Senior Will Bozarth returned from injury and won nine of his first ten face-offs.

On March 17, the Tritons routed Trabuco Hills behind Zines’ five goals and one assist and senior attack man Torin Alm’s three goals and two assists. Garrett had a game-high four assists, while junior Jack Renard had three goals. Streeter had two goals and one assist, Austin Lickley scored one goal and one assist and freshman Matt Keany had one goal and two assists. Sophomore defenseman Caleb Bozarth had a huge game with four ground balls, three forced turnovers and four clears to go along with one assist.
Senior Stone Sims had three ground balls, three clears and three forced turnovers. Sophomore goalie Austin Boyer returned from injury and had six saves in the win.

Tritons Boys Volleyball Places Ninth at Best of the West
The San Clemente boys volleyball team entered last weekend’s Best of the West tournament as the reigning 2013 champions. Following a win in pool play and a 2-3 effort in the divisional rounds, the Tritons placed ninth out of 32 teams. The Tritons cracked the top-10 despite playing without starting setter Nick Goldstone (ankle injury).

San Clemente (6-3) started off pool play with a loss to Westlake. They bounced back with wins over Highland and Clovis. In the Gold Division the Tritons lost to Buchanan but won against El Segundo and Whitney.

Softball in Tournament Mode
The San Clemente softball team is coming off a 3-1 effort at the Saddleback Valley Tournament that saw them collect wins over Northwood, Capistrano Valley and Orange Lutheran. The Tritons (6-1) lone loss came against Marina.

San Clemente has been getting impressive production from the heart of their batting order, which includes Shannon McCasland (.429 batting average, 9 RBI), Lauren Kane (.409, 7) and Lauren Gonzales (.500, 5, 3 HR).

Kane has also been the Tritons dominant force in the pitcher’s circle. In seven appearances Kane has gone 6-0 and owns a 2.15 ERA.

The Tritons will host Trabuco Hills in a nonleague contest on March 20.