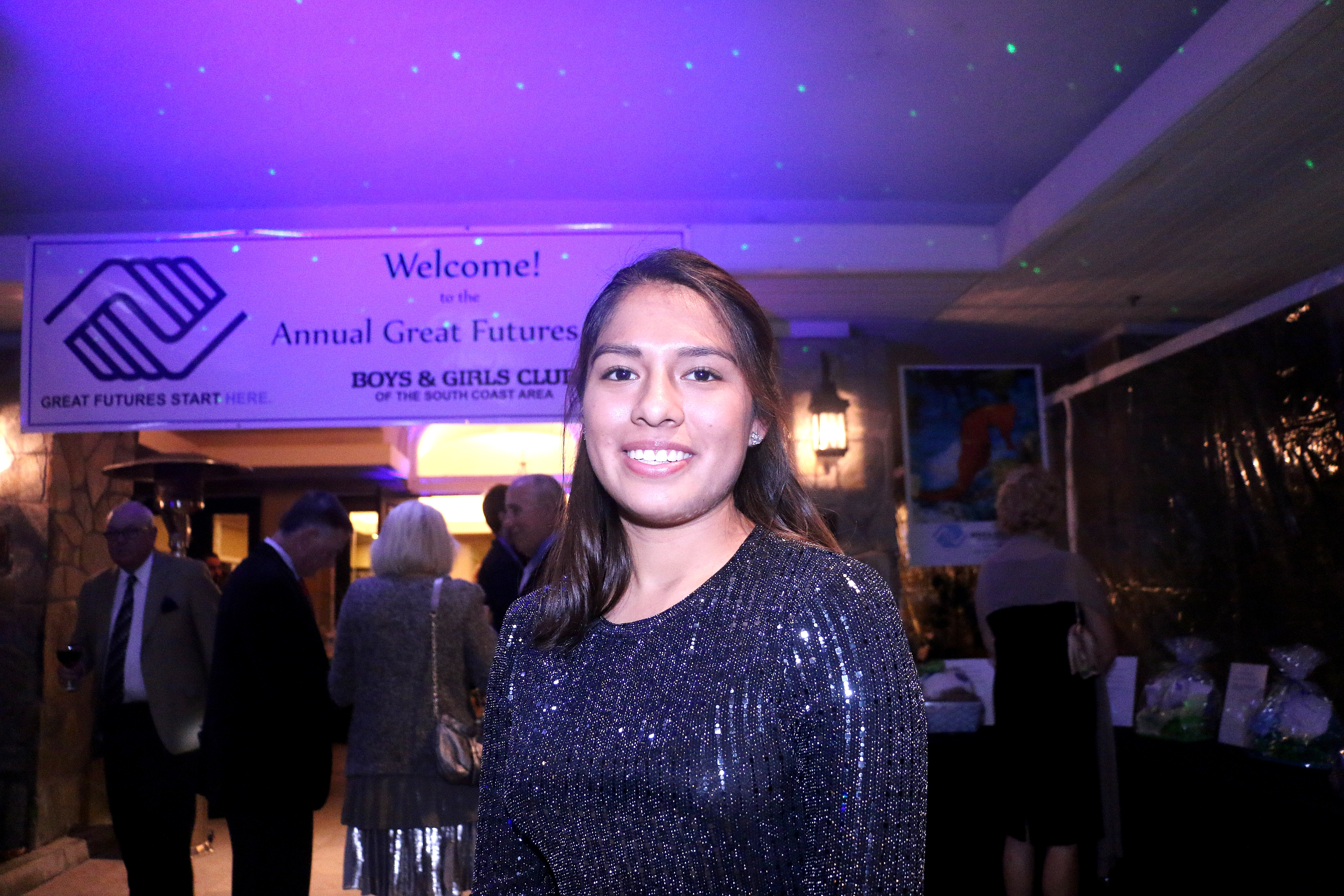 Yesenia Martinez was selected as this year’s Youth of the Year, an honor given by the Boys & Girls Club of the South Coast Area that selects a student each year for a college scholarship.

The Youth of the Year is honored at the Annual Great Futures Gala, which took place Saturday, Nov. 19, at Bella Collina Towne & Golf Club.

“I was really excited and kind of shocked,” Martinez said about being selected. “I always wanted to be the Youth of the Year since my sister, Elva, was selected.”

Elva is now going to school at California State Fullerton.

“This past summer, I taught a piano class to about 10 kids,” Martinez said. “At the end of the summer, they got to perform what they had learned. I was also tutoring Spanish language to two students from Las Palmas Elementary, helping with their reading and writing skills.”

Martinez also volunteered her free time at the BGSCA. She said she’s been attending camps and afterschool programs for 10 years.

“Boys & Girls Club became like my second home, since most of my childhood I spent my time there while my mom worked,” Martinez said. “When I was 8, I started with the junior staff program at the club, and then I went to volunteer at events or at thrift shops. It also helped me learn English faster.”

Martinez moved from Texcoco, Mexico (a city just northeast of Mexico City), when she was 6 years old, and she said she didn’t speak any English.

Martinez said she hasn’t met many kids who moved to the U.S. as younger children, but she did meet a few in middle and high school. She said she would help them with learning English during her lunch breaks.

Her favorite subject in school is engineering and she wants to be a computer engineer.

“And she’s going to do it,” said Allen Reese, the chief professional officer of the BGSCA. “She’s an amazing young woman who came here as a young child and has blossomed. She’s very smart.”

Martinez said her dream schools would be Stanford University or Harvard University. Her interview with Harvard is next week.

The BGSCA annual gala raises about 15 to 20 percent of the club’s annual $1 million operating budget. From the auction and “sponsor a youth,” the BGSCA raised about $87,000 and $71,000 has been raised from table sponsors and other donations, but final numbers were not available Monday.

The funding helps provide for the College Bound program for all students who are making a concerted effort to get into college.