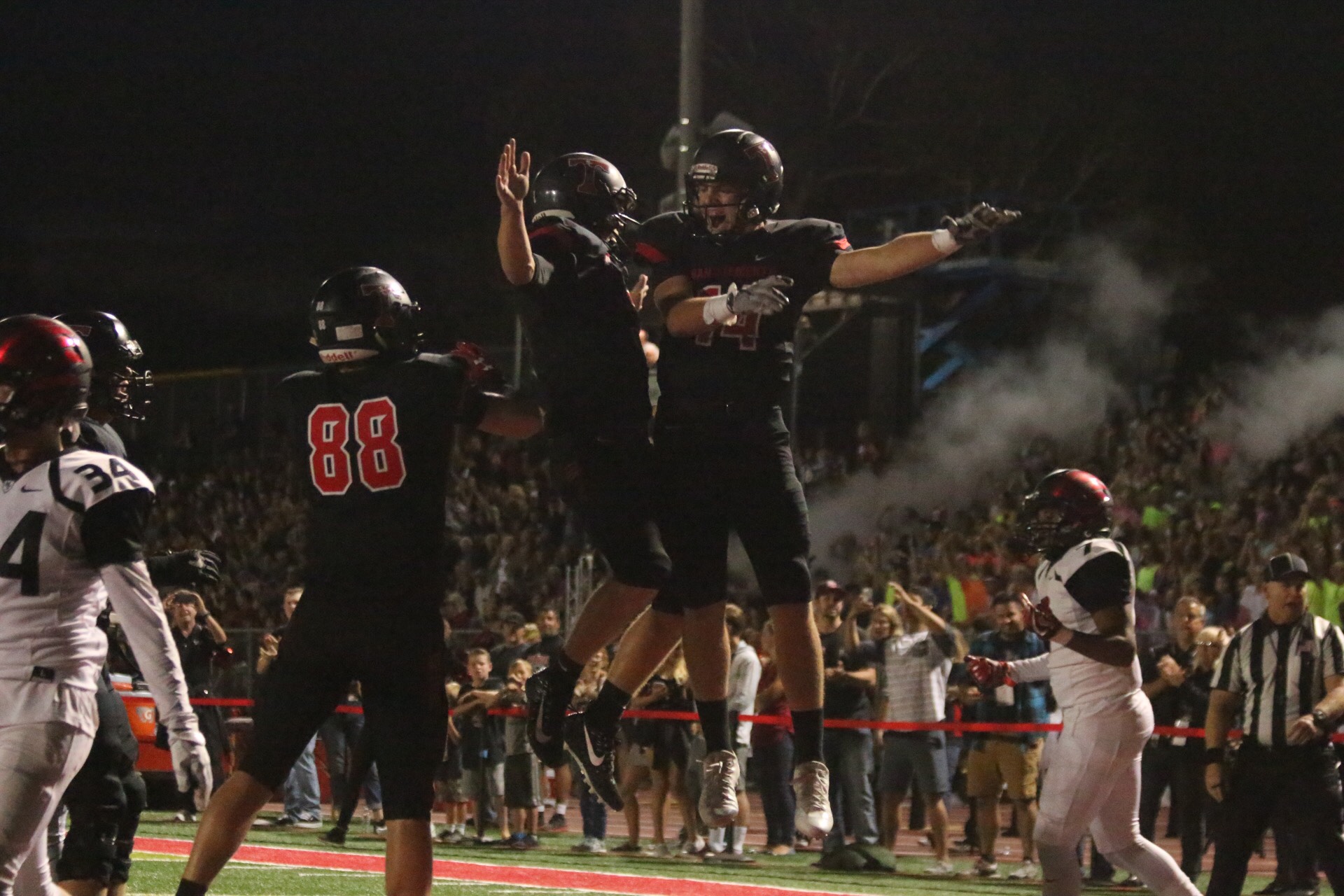 The rematch of last year’s CIF-SS Division 2 Championship game between Murrieta Valley and San Clemente had some different pieces involved, but the result remained the same.

San Clemente, playing host to the Nighthawks this time around, blew past the team from the Inland Empire in a convincing 62-27 victory on Friday night.

The Tritons also defeated Murrieta Valley in 2016 en route to State title. The win on Friday was the Tritons 10th in a row, dating back to last November.

The Tritons were able to score in a variety of ways. Quarterback Brendan Costello tossed four touchdowns in the air. Senior running back Austin Whitsett powered his way to two scores on the ground. Senior safety Jack Shippy even got in on the scoring party when he intercepted a pass and returned it for a touchdown to start the third quarter.

The defense and special teams recorded three combined takeaways to go with three sacks and disrupted the high-powered Nighthawks offense all night.

Yes, it was a complete effort for the Tritons, who were playing arguably their toughest opponent to-date.

San Clemente was able to slow a Nighthawks offense that entered the game averaging 42 points per contest. And while Murrieta Valley quarterback Hank Bachmeier threw three touchdowns, he also coughed up two interceptions.

While the Nighthawks offense sputtered, the Tritons offense was cruising.

Costello completed 14 of 17 passes for 212 yards and four touchdowns. He also ran for 106 yards and a score. Whitsett ran for a game-high 141 yards and two touchdowns.

“All three phases played really well,” San Clemente coach Jaime Ortiz said. “We knew they were going to come out guns ablazing and we had to be able to match that and offensively, I think we did a great job.”

But Murrieta Valley and Bachmeier would respond. The junior quarterback scampered up the middle for a 21-yard scoring burst the next time the Nighthawks had the ball to trim the lead to 13-7.

San Clemente continued to put the ball in the hands of Whitsett in the opening 24 minutes. The senior piled up 117 rushing yards in the first half. A 15-yard run to the one-yard line set up a touchdown pass from Costello to RJ Donaldson to make it 27-7 midway through the second quarter.

Bachmeier connected with Marquis Spiker for a one-yard touchdown, trimming the Tritons’ lead to 27-14 in the second.

San Clemente picked up some breathing room just before the half when Tristan Traeger kicked a 32-yard field goal as time expired, making it 30-14.

The two teams traded blows in the third quarter, but San Clemente had an answer to every Nighthawk advance.

Bachmeier hit Spiker for a 12-yard touchdown pass to make it 45-27 and close out the third quarter, but the Nighthawks were held scoreless the rest of the way.

“Our goal was to just score every time and try to outscore them. The defense gets a stop, we’ve got to score. We tempo’d them and they kind of got gassed at the end. Our entire team did well,” Costello said.

Murrieta Valley running back Jordan Murry, who was injured in the third quarter and left the field via ambulance, finished the night with 137 rushing yards on 22 carries.

San Clemente will travel to play Palos Verdes next week.