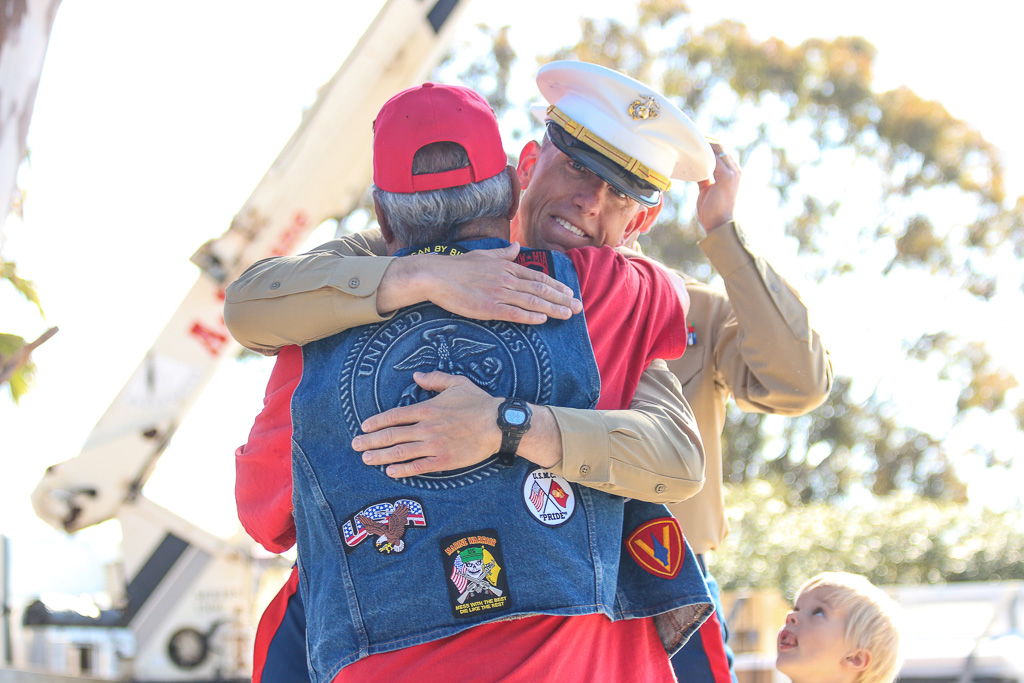 Tons of granite was hauled into Camp Pendleton on March 29 to be installed as the monument to the 5th Marine Regiment’s Vietnam War veterans.

Monuments for veterans who died in Iraq and Afghanistan are already in place at the Memorial Gardens, just off Cristianitos Road in the north sector of the Marine base.

The monument will feature several slabs of granite with the names of the veterans who died in the Vietnam War from the 5th Marine Regiment.

Steve Colwell and Nick Warr, both Vietnam War veterans, led the project that has been in development for years. The project cost $400,000 and project leaders are still trying to come up with about $50,000 more to finalize the cost, Colwell said after the ceremony.

The memorial is specific to the 5th Marine Regiment, which is adopted by the city of Dana Point. The city of San Clemente adopted the 2nd Battalion, 4th Marines.

The monument will be unveiled at another ceremony on Memorial Day, May 28.

Capt. Cole Lapierre, the company commander at the headquarters of the 5th Marine Regiment, gives a hug to a Vietnam War veteran during a ceremony dedicating a monument to the veterans on March 29 at Camp Pendleton.

Peggy Kane of the Patriot Guard Riders displays her support for the Marines at the ceremony welcoming the Vietnam War memorial on March 29 at Camp Pendleton. The “Magnificent Bastards” is the nickname of the 2nd Battalion, 4th Marines.

A procession took place on March 29 at Camp Pendleton to welcome the new Vietnam War memorial for the 5th Marine Regiment.

A procession took place on March 29 at Camp Pendleton to welcome the new Vietnam War memorial for the 5th Marine Regiment.

The monument for the Vietnam War veterans was shipped from Vermont by truck and arrived at Camp Pendleton on March 29.