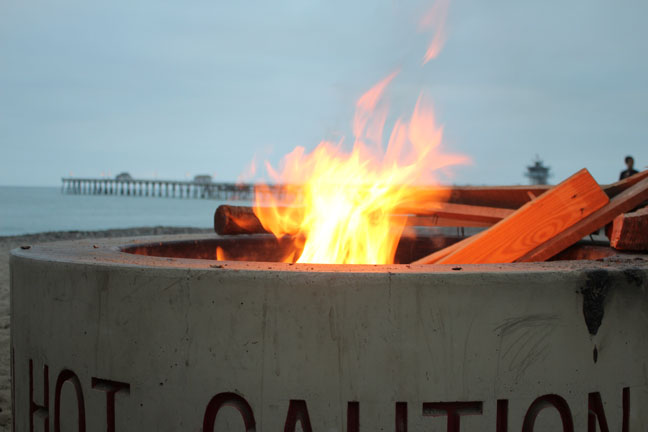 A 9-year-old boy is being treated at Orange County Global Medical Center’s burn center in Santa Ana after he accidentally stepped into a cement fire ring that contained smoldering embers on Friday, Aug. 4 near T-Street Beach according to officials with Orange County Fire Authority (OCFA).

Capt. Steve Concialdi, a spokesperson for OCFA, said the boy and his family were at the beach around 6:30 p.m. when the boy was playing and started jumping on and off the edges of the fire ring. At one point, the boy stepped into the fire ring and received second- and third-degree burns to his right leg and foot.

Concialdi said it’s more than likely that the boy was burned by smoldering embers of a fire left by another person or people, as the family said they had not started their own fire and no hot glow or flames were visible in the bright sunlight. The boy was taken by ambulance by OCFA to a nearby landing spot for Mercy Air Services and flown to the Santa Ana burn center, where he was submitted in moderate condition, but he is expected to survive and did not lose any extremities, Concialdi said.

“The message we want to send out to people is that you should never play around a fire ring,” Concialdi said.

Fire rings are dotted across the beaches that are under the jurisdiction of the city of San Clemente, where San Clemente Marine Safety Division officials will periodically empty them. Marine Safety Officer Ian Burton said even if the fires are out, people who bring their own fire-containing devices must dump out hot embers into the fire rings before they leave the beach. Fire containers are legal, but they must be equipped with legs, according to city ordinance.

The fire rings are as much a gathering spot as they are a safety deposit for hot coals or wood, as required by the city.

“There’s also the fact that people burn wood pallets that still have nails in them,” Burton said. “The wood burns, but the nails remain, so it’s never a good idea to play around them. Glass and other things also get in there, unfortunately. You never know. You could be down there at 10 a.m., and someone’s fire from the night before may still be burning under the ashes. You also can’t know how deep it is.”

Concialdi said anyone who has experienced severe burns should call for medical attention and seek treatment at a nearby burn center.