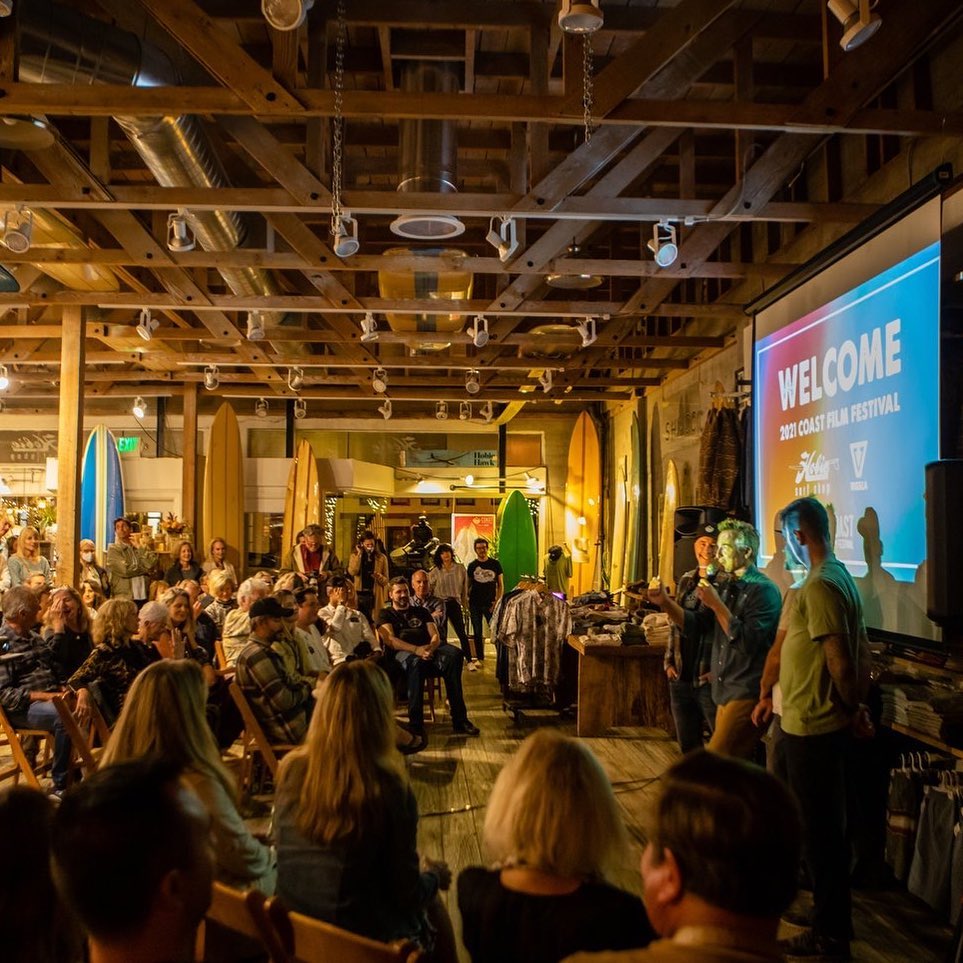 A Different Kind of Film Festival

Shining light on stories of adventure and adversity, the Coast Film Festival is all about bringing people together

This week, the Coast Film and Music Festival is coming to Laguna Beach. In fact, it kicked off on Wednesday, Nov. 9, with a special opening screening celebrating the 50th anniversary of the seminal surf film Five Summer Stories.

But don’t stress if you missed the opening party (brought to you by your friends at Hobie), there is some amazing stuff on tap for the weekend.

First launched by Enich Harris and Ben Warner in 2019, the Coast Film and Music Festival seeks to highlight new and interesting films featuring stories about the ocean and mountains. This year’s lineup looks to be the best one, to date.

“We couldn’t be more excited,” says Harris. “There are so many different films and activities lined up, there really is something for everyone. Bringing communities together is one of the founding principles of the film festival, and the level of excitement we’re seeing is really inspiring.”

Harris is a classic, hard-core Orange County surfer who spent a number of years making magic for the Billabong marketing department before setting out to make the documentary film Kissed By God, which details the rise and tragic fall of three-time world champion Andy Irons.

Meanwhile, Warner comes from a mountain and media background, having been at the helm of Bike and Powder magazines in the early 2000s before moving on to launch Laguna Beach Magazine and the Laguna Beach Independent newspaper.

“Laguna is the perfect place for the Coast Film and Music Festival,” Warner explains. “It has such a colorful history as an art colony, as well as a movement that’s protected the land and waters surrounding the city. Plus, we are 60 miles away from the Hollywood film scene, which makes us hopeful that we will be able to connect some of these up-and-comer creators to the big business in Hollywood.”

After the festival’s kickoff on Wednesday with Five Summer Stories, which was scheduled to feature the film’s creator, Greg MacGillivray, along with 1977 world champion Shaun Tomson, doing a little talk story, the action heats up into the weekend.

Thursday, Nov. 10, is Snow Night. A couple of can’t-miss happenings include the Teton Gravity Magic Hour, as well as the premiere of the new snowboard film Ark, featuring snow luminaries Danny Davis and Mark McMorries.

The mountain fun continues Friday, Nov. 11, as the focus turns to mountain biking and climbing. The premiere of Esperanto, a mountain bike film with Todd Jones, Cam Zink, and friends, promises to be the main attraction.

Saturday, Nov. 12, takes us back to the beach. Three solid films are on the bill, including the Yin & Yang of Gerry Lopez; a look at Australian big-wave slab hunting called Facing Monsters; and Gravity by world champ surfer John John Florence, who will be on hand to dazzle and delight the audience.

Saturday evening will also see the return of the “Follow The Light” surf photography awards in honor of the late, great Larry “Flame” Moore. A platform for aspiring photographers to have their work seen and be discovered, the photography contest celebrates the legacy of Moore, who as photo editor of Surfing magazine turned Salt Creek into his own personal studio, helping make the careers of plenty area pro surfers along the way.

The Coast Film and Music Festival culminates on Sunday, Nov. 13, with another special screening of Five Summer Stories. MacGillivray will be presenting a special editor’s cut; the band Honk, which scored the original soundtrack, will be on hand to play live during the film; and exclusive insights and stories into how the whole production came together will also be shared.

There will also be live music, daytime movie screenings, an art space, and more. Be sure to check the schedule for the complete list of events and showtimes.

A family-friendly event, kids under 12 get in for free.