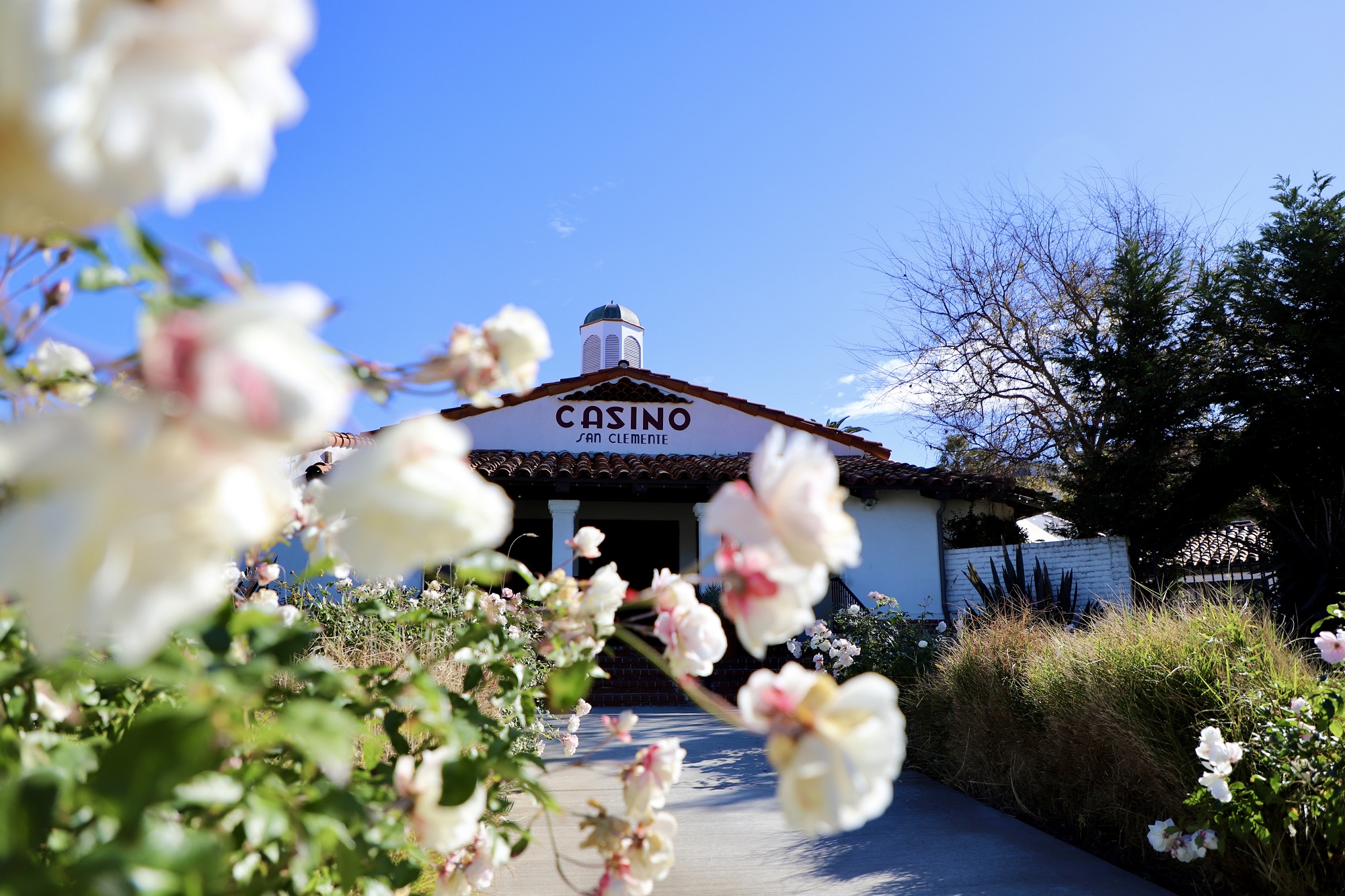 San Clemente’s North Beach corridor has earned its place on the National Register of Historic Places as the area, currently on the verge of a renaissance, was granted historic district status by state and federal agencies last month.

“It’s something we’ve been working on for a long time,” San Clemente Historical Society President Larry Culbertson said of the years-long effort to establish the “North Beach Historic District.”

The designation, he added, “will help property values and instill pride and sense of shared history,” while also driving tourism to North Beach, where two of the town’s most iconic properties—the Miramar Theatre and San Clemente Bowling Center—are being renovated and restored into an events center and food hall.

“The area is in its ascendency,” Culbertson said of North Beach.

It’s in that triangular area—bounded by North El Camino Real, Avenida Estacion and Boca De La Playa—where town founder Ole Hanson had first envisioned the gateway into the “Spanish Village by the Sea” as an entertainment and recreation hub.

“He got as far as building the Beach Club,” Culbertson said, explaining that The Great Depression had grinded development to a halt. Hanson had plans to put in a dance pavilion and water feature, among other things, before the nation’s economic collapse in 1929.

In its pitch to the California Office of Historic Preservation and National Park Service, the city noted that by the late 1930s, San Clemente, along with much of the nation, began to rebound from the economic crisis and would work to complete Hanson’s vision.

“During this period, local entrepreneurs sought new ways to attract visitors, and ultimately new residents, back to San Clemente,” the city wrote in its application for the historic designation. “In doing so, they returned to Hanson’s original plan for North Beach as the cultural and recreational hub for the community.”

Out of that development came the Casino San Clemente, San Clemente Bowling Center and the San Clemente Theatre—later renamed and more commonly referred to as the Miramar Theatre.

“Things were great for a long time, but then they started to go downhill,” Culbertson said, referring to some of the properties, including the movie theater and bowling alley that had shuttered and sat idle since the 1990s. “The area was looking bad.”

But now, as Culbertson noted, things are looking up again as work continues to renovate the theater and bowling center, which are set to become the Miramar Event Center and Restaurants.

Asked what he thinks Hanson would think of what’s become of North Beach, or more appropriately, soon to be, Culbertson said he thought the developer “would be very delighted.”

“I think what we’ve got is actually better than he had planned,” he said, later adding: “Overall, Ole would be very pleased with the way North Beach has turned out.”

The North Beach Historic District designation, formalized on Dec. 15, is the culmination of more than a decade of lobbying from stakeholders including the Historical Society, which had been advocating since 2006 for the city to initiate the nomination process.

Culbertson said that throughout the endeavor, the organization “spent countless hours visiting other historic districts in Orange County” and worked closely with the city’s planning officials “to convince them that this is something we need.”

“There’s no negatives; it’s good for all of them. We worked hard at convincing the planning department,” he said, before expressing modesty. “But we don’t claim total credit; it was city planning, city council—we just helped push it along.”

Jonathan Lightfoot, the city’s economic development officer and a city planner, said the next primary step is the rehabilitation of the existing buildings, currently underway. And down that road, the city will look at opportunities to enhance the character of the district, namely installing new monument and street signage.

The goal of that, he said, is “to reinforce the historic nature and putting that in front of the public when they’re in that area.”

Such a task could include a partnership with the California Department of Transportation (Caltrans) to set up the brown, historic signs near the Avenida Pico off-ramp to let motorists know of the North Beach Historic District.

Another enhancement possibility that’s being evaluated, Lightfoot explained, includes a proposal to convert Calle Deschecha into a pedestrian throughway.

“Not only would that make the North Beach area more accessible, but it would directly link three of the historic properties: the Miramar, the Casino, and the Aquarium Café (now OC Fresca) buildings,” Lightfoot said in an email.

Prior to the coronavirus pandemic, something like this would certainly have led to a celebratory event for the public to attend. Lightfoot said that such an event is still expected to happen, but much further down the road, when it’s safer to host gatherings again.

“Staff envisions hosting a North Beach Historic District launch in collaboration with the Historic Society and the property owners,” Lightfoot said in an email. “Ideally, this would be an opportunity for the community to tour the buildings, hear their history, and maybe even enjoy some big band music.”