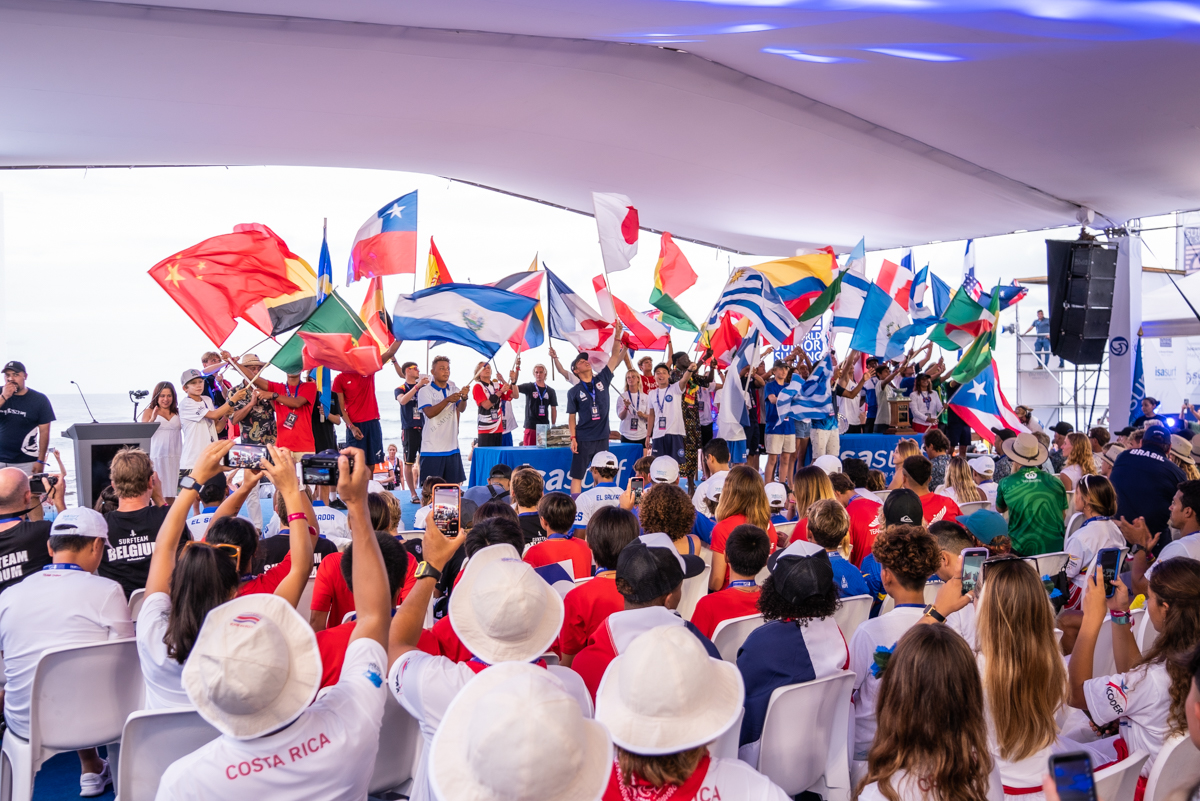 A Summer of Inclusion

Almost every morning when I sit down at my desk, after filtering through emails and doing a bit of digital housekeeping, I like to type the word “surfing” into the Google News machine and see what comes up.

Part of it is writerly procrastination before jumping into the assignment of the day, but it’s also a great way to check the headlines and see what’s happening around the surfing sandbox.

As I write this, a piece from the Washington Post is at the top of the list and reads, “Surfing a record 86-foot wave took guts. Measuring it took 18 months.”

Below that, CNN is leading with news about a contest for Black surfers in Huntington Beach over the weekend. The headline reads: “ ‘A Great Day in the Stoke’ could be one of the largest gatherings of Black surfers. Here’s why it matters.”

The following headline comes from USA Today and reads: “Plus-size women have a champion in Hawaii: ‘If you’re surfing, you are a surfer.’ ”

All three prominent U.S. media outlets are offering up completely different takes on what’s happening in lineups around the country today. It’s worth pointing out, in a week that saw the ISA World Junior Championships in El Salvador and the Quiksilver Pro G-Land in Indonesia crown winners, this isn’t where the mainstream media focus is.

Of course, people are always going to want to read about a world record-breaking wave like the 86-foot monster that German Sebastian Steudtner rode at Nazare, Portugal, last winter. That’s an easy editorial decision to make.

But for a cable news network to pick up a story on a surf contest for people of color in a beach city that saw a “White Lives Matter” rally in April 2021, that’s a different story. Same with publishing a feature in America’s largest newspaper on a plus-sized surfer in Hawaii. Both pieces speak volumes about where surfing stands today.

Just last week, I got in a conversation with a prominent and accomplished figure in the surf world about what would happen if the World Surf League went away. The conversation was off the record, so I won’t share his name, but his contention was that without the world tour, professional surfing as we know it could potentially cease to exist.

I don’t think that’s true, because I don’t think contest surfing is nearly as relevant or representative as it once was.

What’s the old saying? The best surfer is the one having the most fun?

I think the culture and lifestyle of surfing is in a better place than it’s been in a long, long time. Maybe ever.

While there’s always work to be done, surfing is certainly more inclusive than it has been, as evidenced by the above headlines. If we define success in surfing as simply the person who rides the biggest wave or scores the most points, we’ve lost the plot.

“The ocean doesn’t care about color, creed or race. In the ocean, we’re equals,” big-wave pioneer and oceanographer Ricky Grigg once said.

There are statistics to back up the idea that inclusiveness is, in fact, good for the surf biz. The Surf Industry Members Association recently released highlights of the 2021 SFIA Single Sport Report.

Meanwhile, earlier this month, according to a ReportLinker report, the global surf industry is expected to grow from $2.7 billion in 2020 to a staggering $5 billion business by 2027. Those billions have to come from somewhere.

At its core, surfing is a participatory activity that happens to be a hell of a lot of fun. If more people can get in the ocean and enjoy that freedom, the world would probably be a better place.