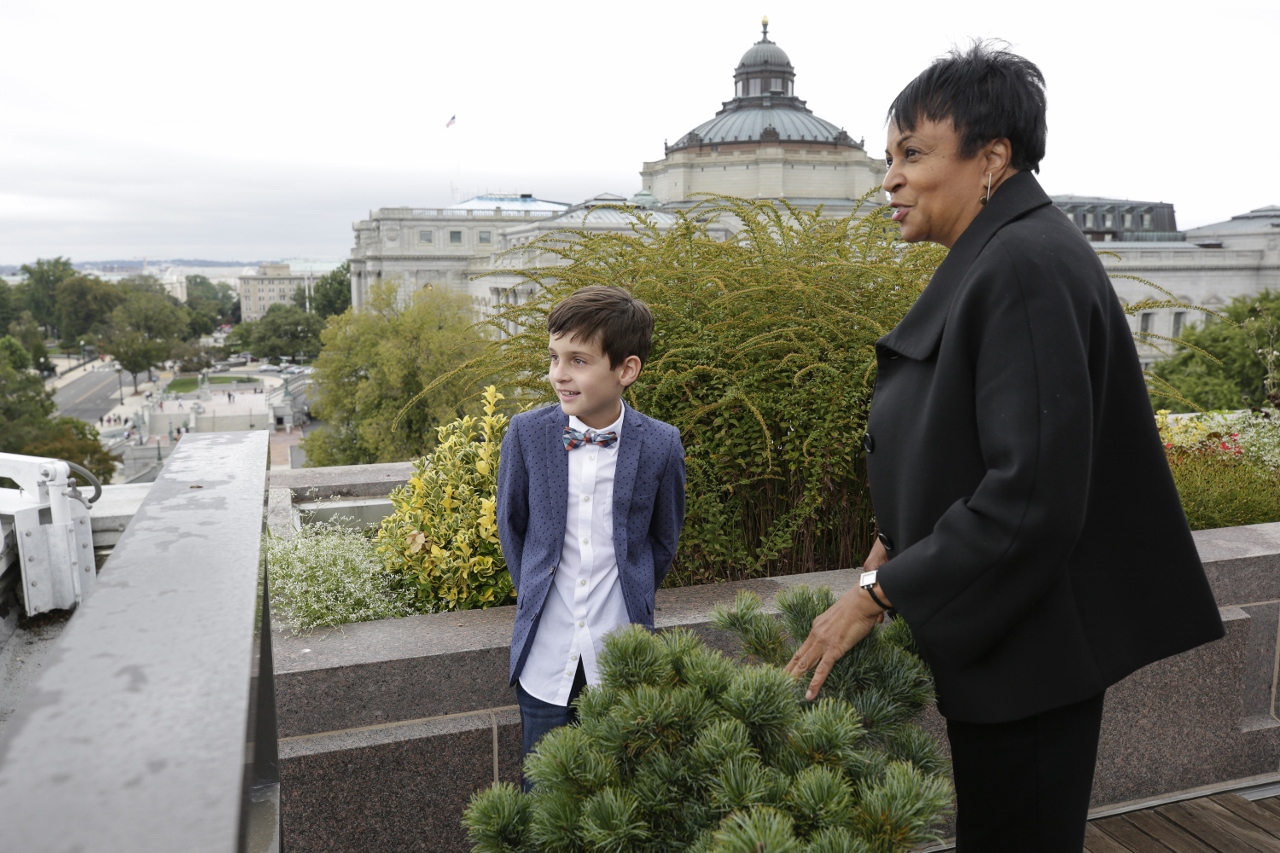 For a consummate reader like Adam Coffey, 8, having to wait until he’s 16 to peruse material at the Library of Congress was an injustice.

Adam decided the only way he’d have access to the voluminous treasures of information would be to make it himself, so he wrote a letter to Carla Hayden, Ph.D., the 14th Librarian of Congress. Hayden, who was impressed with Adam’s curiosity, invited him to be a “Librarian of Congress” for a day, where he was able to tour the library as well as other D.C. landmarks such as the Smithsonian Museum.

“He had checked out a book here, Secrets of Our Nation’s Capital, at our local library and found out that you had to be 16 to get a readers card, and he said, ‘Who made this rule? Why can’t I use the materials?’” said Melissa Coffey, Adam’s mother.

Adam Coffey, 8, is a described by his mother as a “voracious” reader, who has to travel to various libraries in South Orange County so he doesn’t max out the limit of books he reads each month. Photo: Eric Heinz

Adam is a Davidson Young Scholar who reads at a 10- to 12-year-old level and attends Monarch Bay Montessori Academy in Dana Point.

“Adam is such an inspiration,” said Librarian of Congress Carla Hayden in a statement to the San Clemente Times. “His passion and love for reading at an early age spotlights the Library of Congress’ role of developing lifelong learners and scholars.”

Melissa said Adam checks out books from public libraries all around South Orange County—which is out of necessity, as he constantly maxes out the limit of books per month at each.

“We have to make the rounds,” Melissa said. “We have two library cards, and we’re usually checking out between 50 and 100 books.”

Melissa said he probably reads 10 to 20 of those books a week.

Adam said he was particularly enthralled by all the attention he received on social media on the posts from the Library of Congress’ accounts with himself and Hayden working on the new reader’s cards. He also enjoyed seeing original Peanuts comic strips drawn by Charles Schulz.

Adam will help design the new version of the Library of Congress card for children to obtain when the program begins, of which he will be card holder No. 1. Adam wants to be an inventor when he grows up, but he’s not sure what he wants to create.