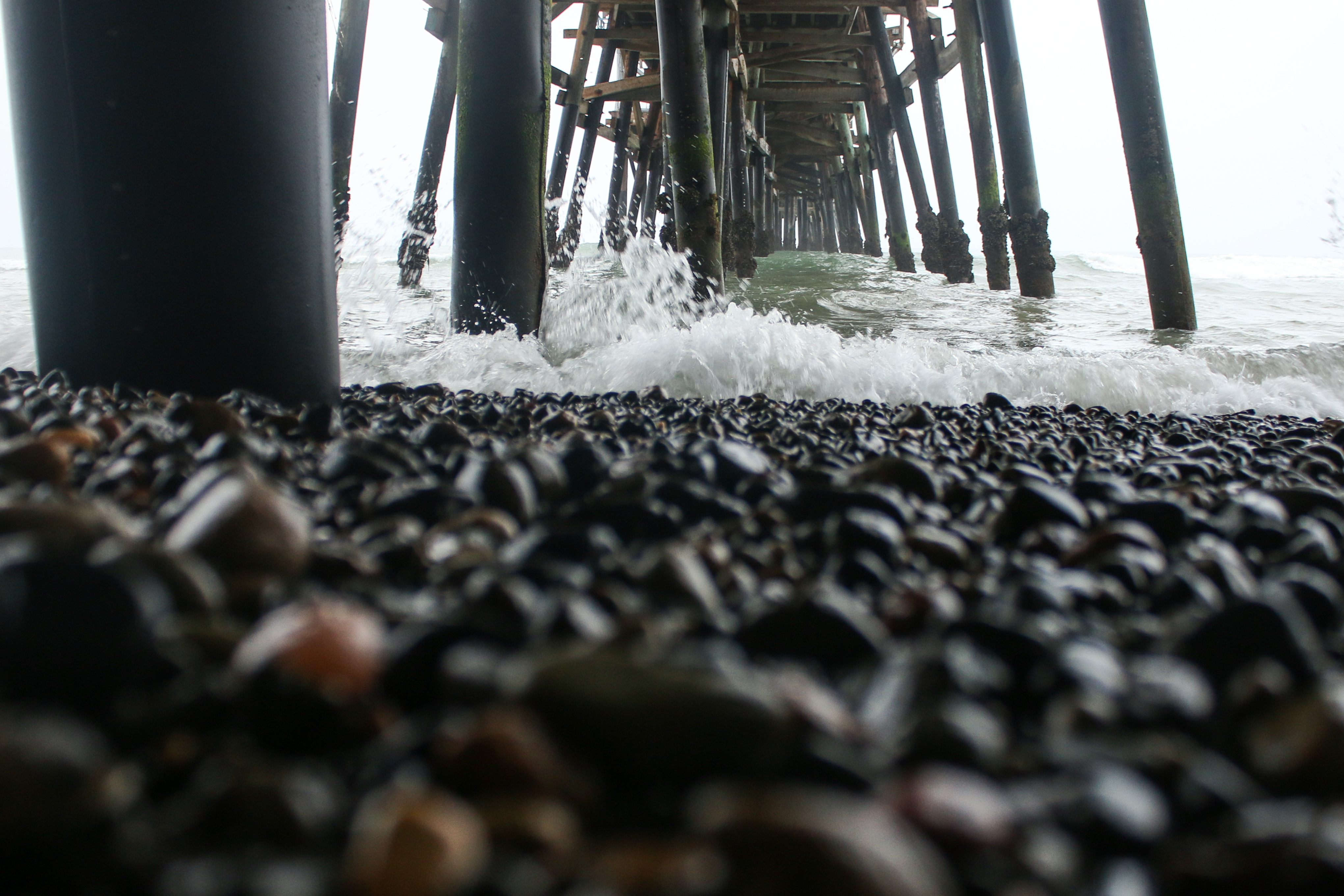 The city’s Stakeholder Advisory Committee is asking the council to approve additional funding necessary to conduct investigative sampling as part of the study to determine the source of bacteria exceedances in the sea water surrounding the San Clemente Pier.

During a meeting on Wednesday, Jan. 29, committee members unanimously voted on sending a recommendation to the council, asking for no more than $50,000 in added budget costs for the San Clemente Pier Bacteria Source Characterization Study.

The study, meant to find the root causes of bacteria exceedances, uses human, canine and avian DNA markers to determine if the sources of bacteria in the water are coming from those species.

Wood Environment & Infrastructure, Inc., the city’s contractor for the study, presented data last month to the committee. The data shows that human genetic markers—HF183 and Lachno3—were detected last June and July in a handful of the 21 samples collected from the city’s storm drain system, which drains into the sand beneath the pier.

In its report, Wood Environment notes that the “location of the source(s) and the frequency by which the source(s) contribute(s) human-based bacteria to the Pier Bowl drainage areas requires further investigation.”

“The potential human sources that may be present in the Pier Bowl drainage area require different investigation procedures in order to locate the source and to perform corrective actions that eliminate dry weather flows containing the human genetic markers,” Wood stated in its report.

The recommendation to the council, which is expected to consider the approval at its next meeting on Tuesday, Feb. 18, asks for a total of $49,694. Broken down, $20,694 is for investigative sampling and $29,000 is for confirmatory sampling, according to the city.

The investigative sampling would encompass the collection and analysis of 18 samples, with $9,780 of the cost going toward labor and the remaining $10,914 to pay for sample analysis.

The city notes that “if the human source is located and eliminated prior to collecting and analyzing all 18 samples, the City would not need to pay the entire cost as proposed.” The confirmatory sampling would be used to “verify that the human source(s) have been successfully abated.”

During the confirmatory sampling, up to 40 samples would be collected and analyzed. Labor costs would make up $14,000 of those funds and sample analysis would cost $15,000.

The city’s Coastal Advisory Committee is scheduled to meet on Thursday, Feb. 13, when members will consider forwarding the same recommendation to the council.