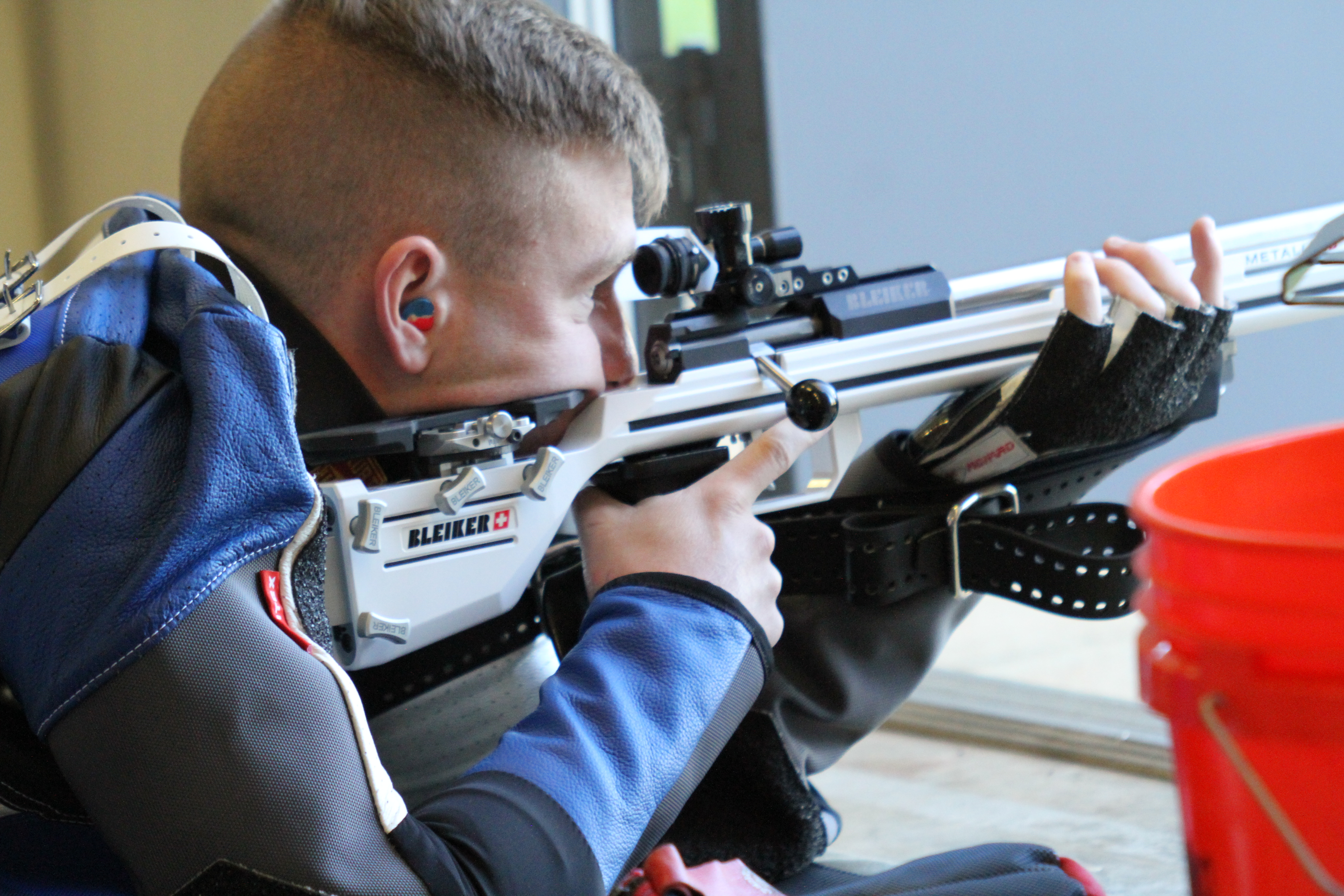 When he steps to his mark at the Olympic shooting range in Rio de Janeiro on August 12, David Higgins will finally be standing in the exact spot he envisioned himself being in since April. The San Clemente native, who attends the Air Force Academy, has spent months visualizing the moment, preparing his mind and body for the pressure of competing for the United States in the prone 50-meter rifle event.

As an elite shooter, Higgins must be in total control of his body, heartbeat and all. His breathing has to be perfectly timed and his movements have to be incredibly precise in order to hit the small target downrange. It’s a state of mind and body that will be tough to manage in an Olympic atmosphere.

But Higgins believes he is ready for the pressure, and the San Clemente Times caught up with him this week to discuss how he is preparing for the event and talk about his Olympic experience.

San Clemente Times: What has been your game plan heading into the Olympics?

David Higgins: When I made the team in April, I came up with a good plan for the Games to make sure I was at my best. I went to a lot of training camps in Europe and around the U.S. and I’ve been learning a lot.

One of my weaknesses at the beginning of the summer was reading the wind and adjusting. I competed on some of the windiest ranges in the world this summer and I think I’ve gotten a good handle on it. As long as I keep my head on straight, I think we’re going to see a good performance.

SCT: Is the range in Rio any different from the standard range around the world? What kind of challenges will it present?

DH: It’s one of the best ranges in the world, and it’s beautifully laid out. It’s got different conditions every day, and one day we might have no wind and the next day it’s switching back-and-forth. It really keeps you on your toes. Fortunately, I’ve been here for over a week and I think I’ve seen everything the range has to offer.

SCT: What have you been doing to stay focused and not let the moment get too big for you?

DH: Every time I get on the line, I try and say, ‘This is the Olympics,’ and I get my heart beat up as much as I can and get myself nervous on practice days. That will help me on Friday. Ever since I made the team, my coach at Air Force said to constantly think about the Olympics so it doesn’t hit you anymore. (The pressure) needs to become old hat. You want it to be where that doesn’t give you any sort of spike. That takes a long time to work on, and I think every shooter at every level works on that.

SCT: You walked in the opening ceremonies, what was that like?

DH: That was the coolest thing I’ve ever done. You’re there with everybody on the team, and it’s really cool with the U.S. because we have the biggest delegation. You’re seeing Serena Williams, Michael Phelps and Kevin Durant, all the big guys out there, and you’re a part of that. Plus, the stadium had 66,000 people cheering for you. Walking out was my favorite but a close second was seeing the Olympic torch come in and get lit.

SCT: What was going through your mind at that point?

DH: It was cool because I was thinking, ‘You’re here, you’re an Olympian and you’ve reached that goal you’ve worked on for the last 10 years.’ I went back in my memories of where I started out and everywhere I’ve been since then.