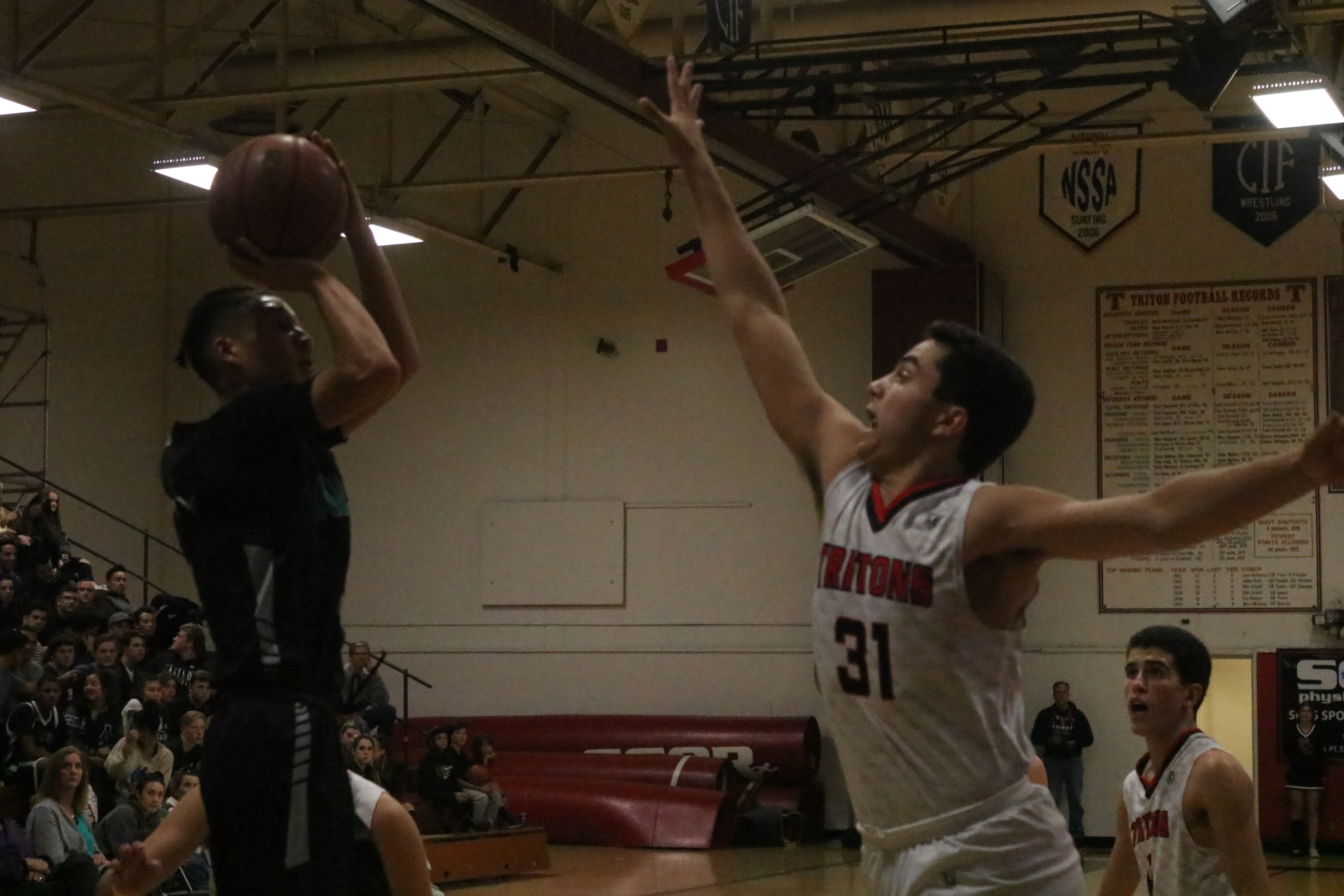 SAN CLEMENTE – The Tritons’ hold on the South Coast League ended with a resounding thud on Friday night.

Aliso Niguel scored the game’s first 21 points, and San Clemente couldn’t muster much resistance after that in a 66-23 win by the Wolverines at San Clemente High.

Aliso Niguel (21-6, 5-1) clinched at least a share of the league title for the first time since its 2012 Sea View League title. San Clemente (16-9, 3-4) was eliminated from the league title race to snap their three-year streak.

“That’s the worst start I’ve ever been a part of,” San Clemente coach Marc Popovich said. “They outworked us in every area. They just kicked our butt all over the court.”

San Clemente is currently in third place and the final playoff qualification spot – one game behind second-place Trabuco Hills, a half-game ahead of Tesoro and one game ahead of El Toro.

The Tritons have two games remaining – a Coast View crossover game at Mission Viejo on Feb. 6 and its final league game at El Toro on Feb. 8. Trabuco Hills closes out at home against Aliso Niguel and in a crossover against Capistrano Valley.

“We’re still right there,” Popovich said. “If we get a win next week (against El Toro), we’re going to finish no worse than third. We’re going to be right there for the playoffs. Hopefully our guys can get it together and rally. Week or two left here, we’ve got to find a way.”

Aliso Niguel came out on fire, and San Clemente was as cold as ice.

Anthony Smetona made the Tritons first basket of the game with just over a minute left in the first quarter. Smetona led San Clemente with six points.

“We weren’t ready to go for whatever reason tonight,” Popovich said. “I don’t know why it was. It’s on us as coaches and our guys. We’ve got to make sure we’re better next week.”

Dhaliwal and the Wolverines were also dominant inside and on the boards. Earlier in the week, Popovich pointed out that San Clemente had lost the rebounding battle in each of its league losses, and the trend continued on Friday.

Jacob Nemeth played his first game coming off an ankle injury last week, but only scored two points from the same pair of free throws in the second quarter.

A running clock was instituted in the fourth quarter, and Aliso Niguel hit three-pointers on each of its last three baskets of the game.

The final margin of victory, 43 points, was more than the combined margins of victory of San Clemente’s eight losses this season, 38 points.