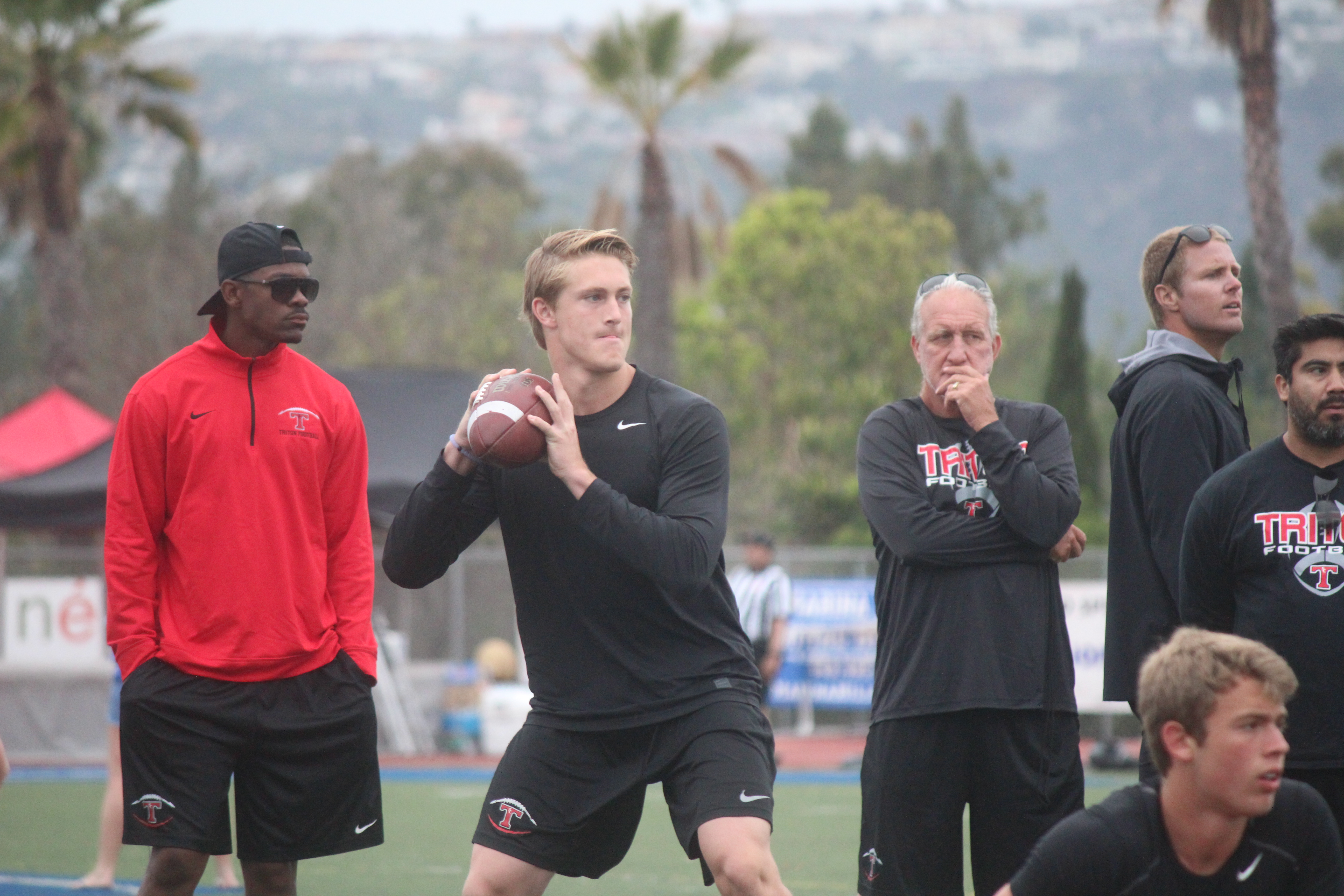 It has come down to Duke, UCLA, USC and Utah.

Those are the four colleges San Clemente High School’s soon-to-be senior quarterback Jack Sears is looking at the closest, in no particular order. His decision on where he will attend and play college ball is coming soon.

Sears, considered to be the top uncommitted high school signal caller on the West Coast, has received 20 offers from major college programs and says he has narrowed his list down to a final four as the fall football season approaches. Sears said via email that he wants to narrow his list down even more this weekend and make his final decision within two weeks.

Sears, and his recruitment, was under a microscope last week while competing in the Elite 11 quarterback competition as part of Nike’s The Opening in Beaverton, Oregon. Sears advanced to The Opening after making the cut at the Elite 11 finals in June.

The Opening is among the most high-profile prep football events in the country, and features current and former NFL and collegiate football players serving as coaches and mentors for the week. The camp is run by former NFL quarterback and current ESPN personality Trent Dilfer. Sears, along with 11 other top prep quarterbacks, spent the week learning offensive systems and competed in a 7-on-7 passing tournament to cap off the event.

Sears’ recruitment remained one of the more intriguing storylines throughout the week. Of the 12 quarterbacks invited to the event, Sears was the only uncommitted player in the group.

Sears, who is 6-foot-3 and weighs 200 pounds, used an impressive junior campaign as a springboard into a busy offseason.

Sears threw for 2,697 yards and 37 touchdowns to just two interceptions as a junior at San Clemente. He also ran for 862 yards and nine touchdowns and led the Tritons to the CIF-SS Southwest Division Championship game.

With his stock as a potential top collegiate prospect on the rise, Sears headed to the Elite 11 Los Angeles regional event in June with the hopes of earning a spot in the Elite 11 finals. He did not receive an invite in Los Angeles and, rather than give up on the hopes of reaching the finals, traveled to an Elite 11 regional in Oakland, where he stood out and landed an invite.

In the Elite 11 finals, Sears flashed his ability as a pocket passer and sharp decision maker. He passed every physical and mental challenge the camp threw at him, which included grueling beach workouts and mock professional interviews.

“The best part (of Elite 11) was being around the high-level coaches, learning more about the X’s and O’s and getting trained on the mental aspect of the game,” Sears said. “There was a lot of off the field sessions that focused on mental toughness and the responsibility that comes along with being a college quarterback.”

Now that he is done with The Opening, Sears is gearing up for his final season of high school football.

When news of his commitment does break, one program will rejoice while the other three will frantically re-shuffle their agendas. No matter what choice he makes, Sears can rely on the past month and know that he will excel on the gridiron in whatever jersey he is wearing.

“There was no feeling of pressure for me at (Elite 11) as I knew that I had won just by making it to Beaverton,” Sears said. “I left there knowing that, without a doubt, I belonged there and could hang with the best of the best.”