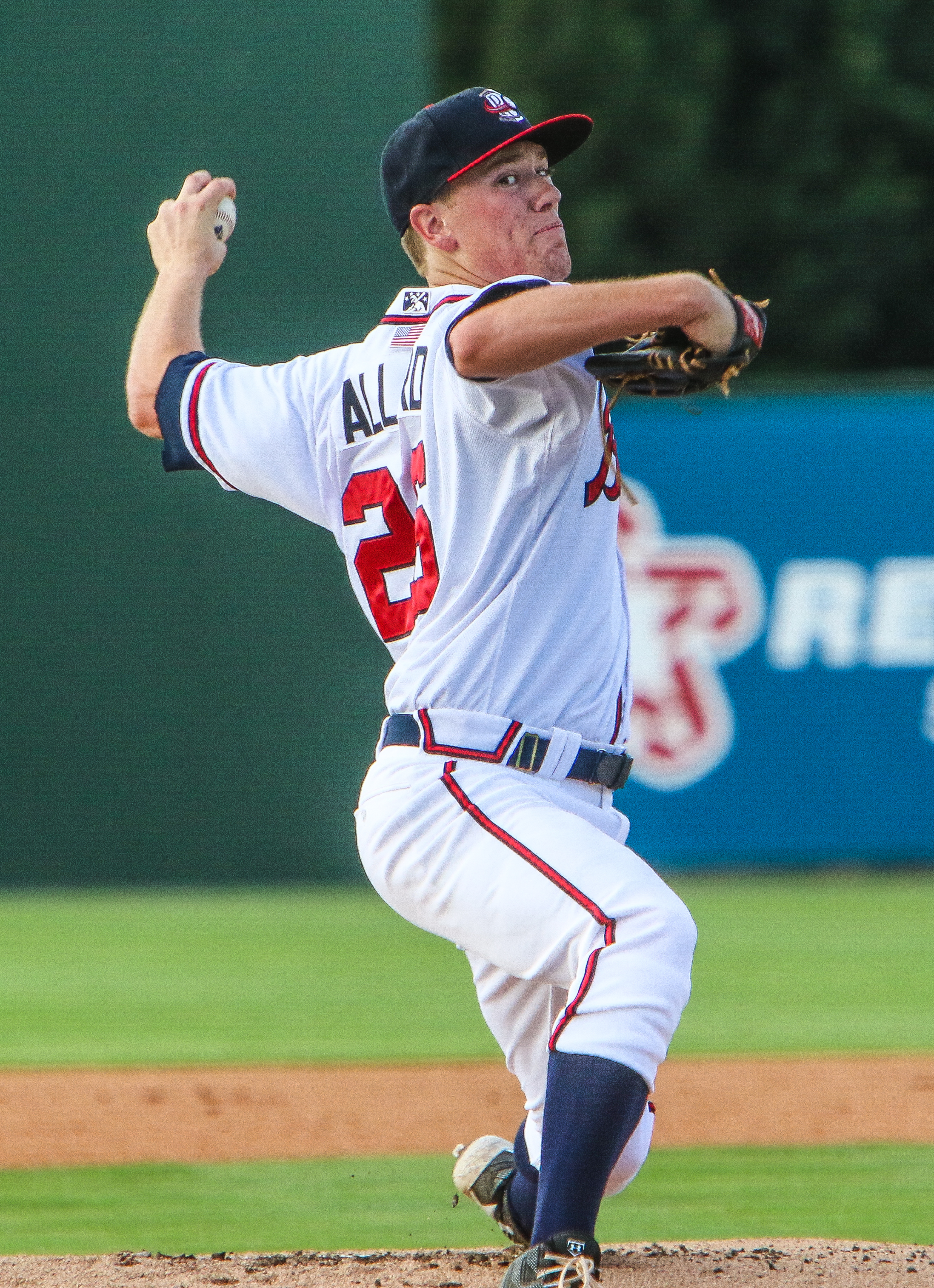 When discussing his recent success on the pitcher’s mound, Kolby Allard likes to bring up the word “routine.” For the hard-throwing left-handed pitcher out of San Clemente High School who was drafted by the Atlanta Braves with the 14th overall pick in the 2015 MLB Draft, the word has more than one meaning.

Allard refers to settling into a routine while on the mound, trusting the mechanics and know-how that have served him well in two seasons of professional baseball. It also refers to the nuances of becoming a pro ballplayer, which involves navigating one’s way through a long and daunting season. For pitchers, routine is everything. Every five days they wake up knowing they will take the ball and be tasked with putting their team in a position to win.

In 44 1/3 innings for both the Danville and Rome Braves, it’s safe to assume Allard has settled into an effective routine.

Allard was named the Appalachian League’s player of the week for games played from July 11 to July 17 while with Danville, the Braves’ rookie ball team. The 18-year-old was brilliant in his two starts and did not allow an earned run in 12 innings pitched. Allard surrendered just six hits and three walks and struck out 14 over the stretch.

The recent success was just a matter of time for Allard, whose pro career got off to a bit of a rocky start.

He threw well for the Braves’ rookie ball affiliate in the Gulf Coast League, but a lingering issue with his back forced the organization to shut him down for the last stretch of the season. In early September of 2015, Allard had surgery and spent the offseason rehabbing. It took him a while to get back into the swing of things and Allard said he was “chomping at the bit” to get back onto the field. But the Braves preached patience.

When he returned to the mound in early June, and as the innings piled up, Allard returned to form.

He was sent to Rome for a brief stint in early June, but after three mediocre starts, he was sent back to Danville. In Danville, Allard feasted on opposing batters. He made five starts, compiling a 3-0 record, and left with a sparkling 1.32 ERA. He never allowed more than two earned runs in a start and in his three victories, never allowed a run to cross the plate.

In his return to the Rome Braves’ rotation on July 22, Allard pitched five innings and allowed just one run but did not factor into the decision. He was scheduled to start for Rome against the Greenville Drive on July 27. Results were not available at press time.

The injury may have pushed his timetable back a few months, but Allard has more than made up for lost time.

“When I first came back (from surgery) I was a little bit rusty after not pitching for a good amount of months. Now that I’ve got some innings under my belt I’m throwing the ball well,” Allard said. “Every time you can go out there every five days and take the ball and get on a routine, you can work on things a little more consistently.”

Allard is ranked as the 76th best prospect in the MLB, according to www.mlb.com, and was ranked 77th overall in Baseball America’s midseason top-100 prospects list.