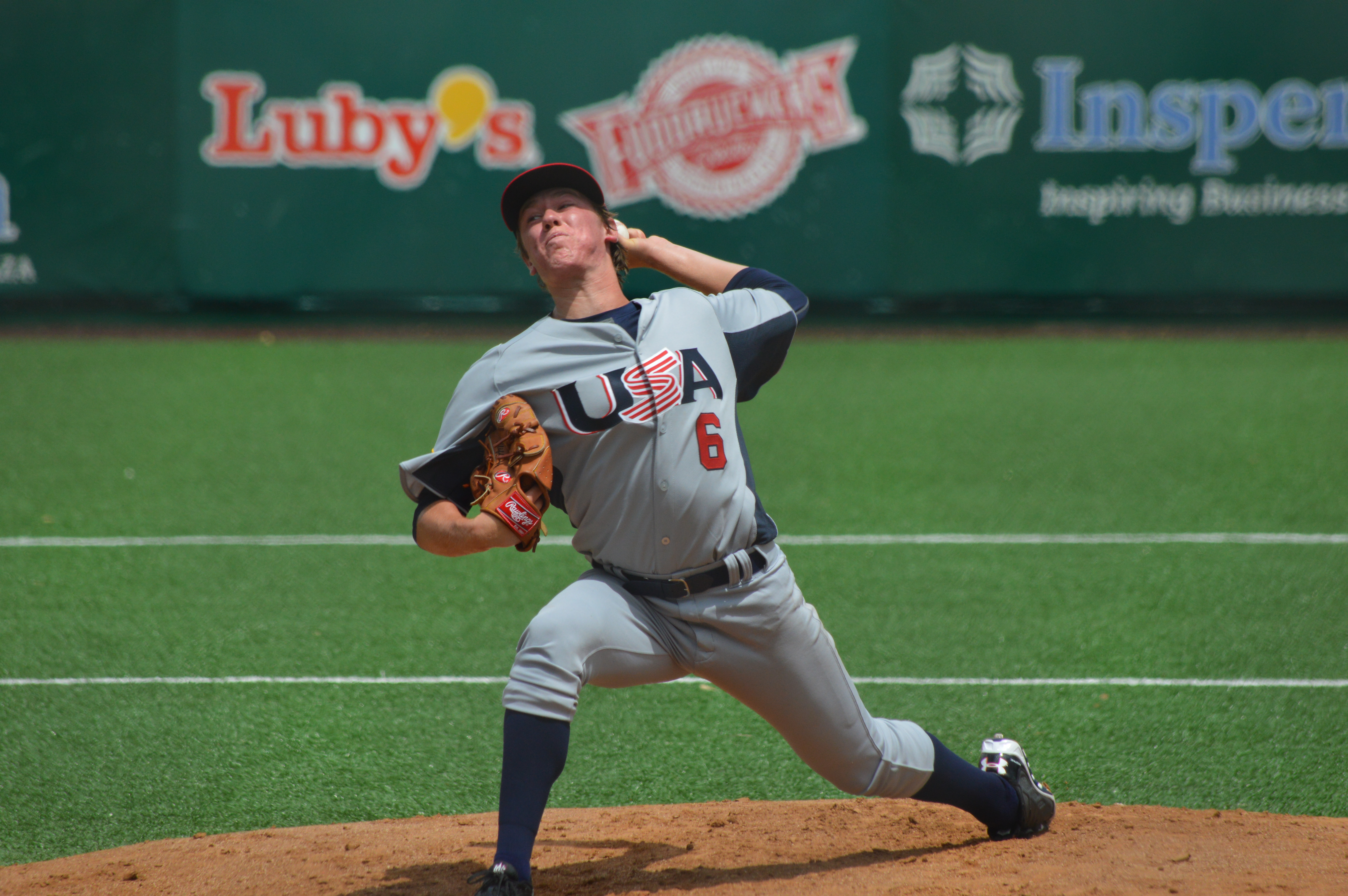 Local players will don the red, white and blue for prestigious tournament

Allard and Herbert survived through the National Team Trials in early Aug. and made the final 20-man roster cut on Aug. 29, the organization said on their website.

Team USA have been playing other international squads this month, tuning up for the upcoming COPABE 18U Pan American Championships, which will be held in La Paz/Los Cabos, Mexico from Sept. 5-14. The team’s opening game will be against Argentina on Sept. 5 at 9 a.m.

The team has been operating out of the Houston, Texas area this past week, playing in a four-game exhibition series against Canada. Team USA won all four games.

The second game of the series was held at Minute Maid Park in Houston, home to the MLB’s Houston Astros. They received a pregame pep talk from Astros’ players J.P. Arencibia, Dexter Fowler and George Springer.

The third game of the series had a very distinct San Clemente vibe, as Allard and Herbert helped power the USA team to a 9-1 victory.

Allard, a left handed pitcher, started the game for team USA and threw three scoreless innings. Allard allowed one walk and struck out four in his outing.

Herbert, a catcher, had two doubles and two RBI on the day, including a first inning two-out double that plated two runs.

Allard has had a strong offseason, highlighted by an MVP performance at the Perfect Game All-American Classic on Aug. 10.