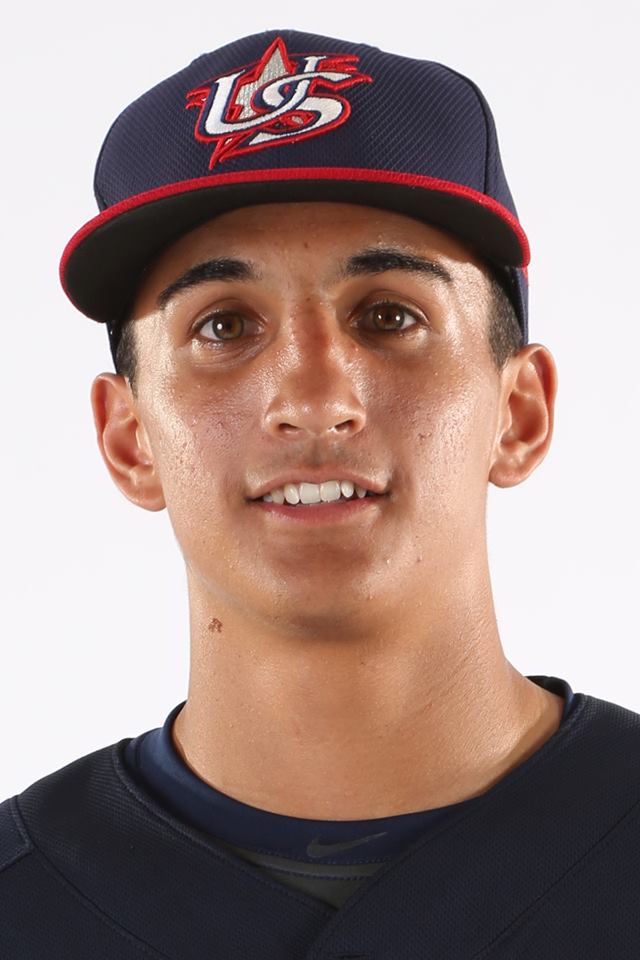 San Clemente’s Kolby Allard and Lucas Herbert have a new prized possession to add to their trophy case.

As part of the USA Baseball 18U National Team, Allard and Herbert played key roles in the American’s gold medal-winning performance at the 2014 COPABE 18U Pan American Championships on Sept. 14. Team USA squared off against Cuba in the gold medal match and held a 1-0 lead in the bottom of the third inning before the game was cancelled due to Hurricane Odile touching down on land.

Allard got the nod to start the championship game and was cruising along before the game was called. In three innings Allard piled up seven strikeouts and did not allow a run. Herbert captained the defense at catcher and caught his high school battery mate throughout much of the tournament.

Team USA was dominant at the event, finishing with a perfect 8-0 record. They outscored their opponents by a combined 110-5 margin, setting several USA Baseball records along the way. Team USA threw consecutive team no-hitters against Guatemala and Ecuador. The pitching staff was so effective, they posted a cumulative 0.87 ERA, topping the previous USA-best mark of 0.94 set back in 2005.

“This is something you dream about when you are a tiny little kid. Growing up all you want to do is represent your country and win a gold medal,” Allard said in a press release.

“It is kind of unreal right now … It has been incredible how well we were able to come together. We have some of the best players in the country out here and to win a gold medal together is something special,” Herbert said in the release.

As one of the tournament’s top-4 teams, the USA squad automatically advanced to the 2015 IBAF 18U World Cup in Japan.