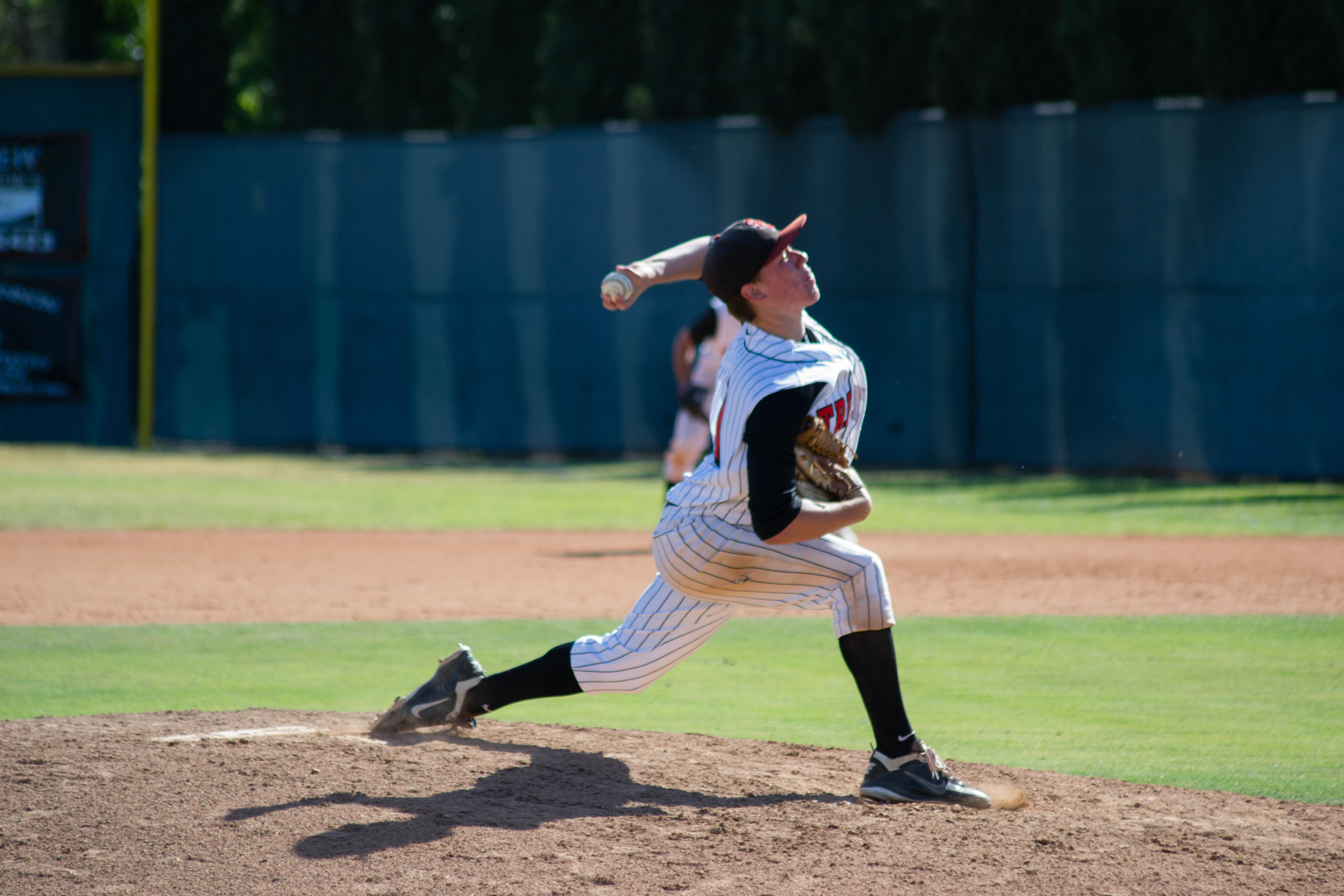 Allard on Top of His Game

The summer of 2014 is not one Kolby Allard will forget.

The rising San Clemente High School senior pitcher has been fooling some of the best baseball prospects in the land with his increased velocity and sharp breaking pitches over the last two months, culminating in his breakout performance at the Perfect Game All-American Classic on Aug. 10.

The left-handed Allard took to the mound at Petco Park in San Diego in the second inning of the high-profile high school showcase event, set to face the heart of the East team’s batting order. Allard needed only 12 pitches to strike out the side, a feat that earned him game MVP honors.

Allard dazzled those in attendance with his mix of speed and location. During his junior year, the UCLA commit consistently threw his fast ball in the high 80 to low 90 mph range. In San Diego, Allard showed off his increased velocity with a fastball that sat between 92-94 mph and even touched 96 mph at one point, according to Baseball America.

“It was a pretty awesome experience. With the top-50 kids in the nation there, to get MVP honors was honestly humbling,” Allard said. “The adrenaline was pumping. I was spotting my fastball pretty good and my curveball was sharp. I couldn’t be happier with my outing.”

The goose bump moments didn’t stop there for the 16 year old, who was the youngest player on either roster. Following his inning of work, legendary pitcher Roger Clemens came into the dugout to congratulate him and tell him he was impressed with his outing.

Allard, who was named to the Cal-Hi Sports All-State Baseball Underclassmen team last season, also appeared at the Area Code Games in Long Beach on Aug. 4.

He is now prepping for a trip to Houston, Texas as part of the 40-man tryout roster for the USA Baseball 18U team. Allard made the USA roster by standing out at the organization’s Tournament of Stars this summer. If he makes the final cut, he will play with the team at the 18U COPABE Pan American Championship in Cabo San Lucas, Mexico.

“That would be an awesome experience, to play with the USA across your chest. Hopefully I can make that squad too,” Allard said.

There’s no reason to think he won’t.

During his high school career, Allard has consistently turned in productive seasons. After a strong sophomore season, during which he made a team-high 10 appearances, Allard led the Tritons in ERA (1.32), innings pitched (63.2) and strikeouts (98) as a junior. He has only gotten stronger over the offseason, as his increased velocity has shown.

San Clemente head coach Dave Gellatly saw Allard make the jump in December of last year. During an exhibition game against Servite, Allard struck out 12 batters in five innings. He was throwing 89 mph at the time.

“He’s put the time into it off the field. I knew we had something special when he pitched against Servite,” Gellatly said. “He’s gone from mid-80s one year ago to 94 (on Aug.10). Watching that and seeing his bite on the curveball was ridiculous. It’s just natural ability. He’s picked up at least five mph in seven months … It’s going to be fun to watch.”