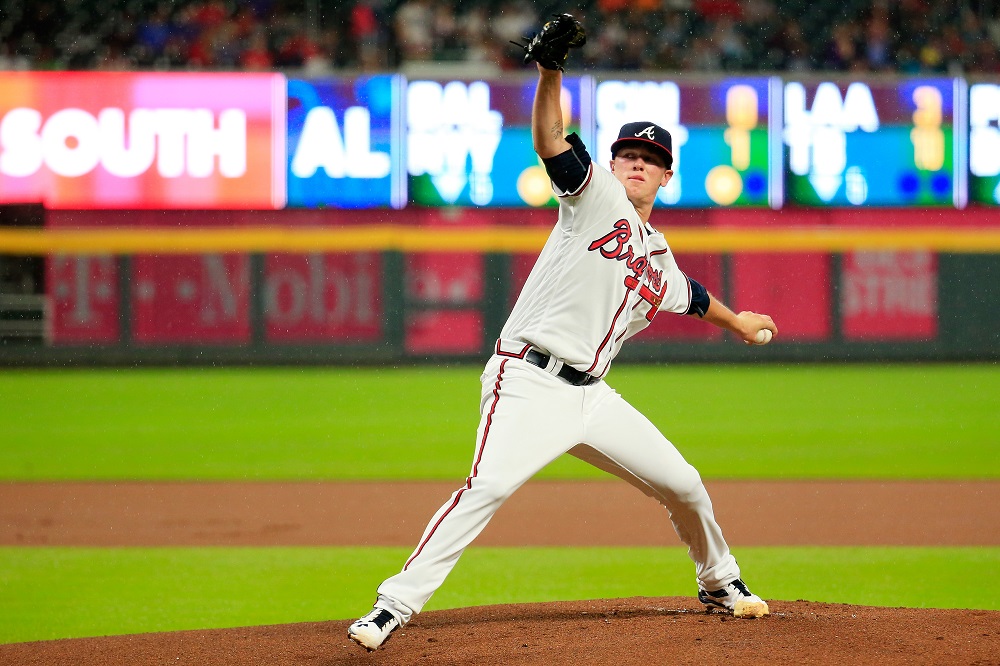 It’s a day young ballplayers across the country dream of their entire lives: making your major league debut.

The experience didn’t start all so smoothly for San Clemente High School alum Kolby Allard. However, through a delay, wet conditions and some early hits against, Allard picked up his first major league win and first big league hit in his MLB debut for the Atlanta Braves on Tuesday, July 31 in Atlanta.

According to Austin Riley, Allard’s teammate with the AAA Gwinnett Stripers, Allard got the Braves phone call while he was playing a game of Fortnite. Not the most romantic story, but it’s still “the call.”

“It was funny,” Allard said. “I was supposed to pitch on Sunday (for Gwinnett). Late Saturday night, I got the call and was going to be on hold until Tuesday. It wasn’t a for sure thing. Then on Monday, I was told it was official.”

Then on Tuesday, July 31, the rain arrived and delayed his start on the mound by an hour and a half.

“Not a ton,” Allard, a California kid, said of his experience and time playing in rain. “In the big leagues, you’re going to hang on for as long as it takes. It was clearing up as we warmed up, but right as I got in the dugout, it started coming down heavier.”

Finally, the moment came. A little over three years since he last stepped off the mound at San Clemente High School, Allard stepped onto a major league mound in a major league uniform to take on major league competition. Allard had advanced a level each year of his pro baseball career to reach an MLB game.

“It’s been a quick turnaround,” Allard said of his rise. “Just the people in my life, coaches in the past. Coaching from back when I was 10, the whole coaching staff I grew up with. They always had a big part in steering me and staying mature with things.”

Allard had finally reached his moment, but he didn’t let the enormity of it overwhelm him.

“I’m a super competitive dude,” Allard said. “I was more locked in to win that game. We’re a half game out (in the NL East). Everyone was giving me a hard time about soaking it in, but once that first pitch was in, it was game on.”

Allard allowed two hits on his first four pitches, but he wasn’t rattled. Allard induced an inning-ending double play to clear the danger, and the Braves went on to provide plenty of run support in an 11-6 win over the Miami Marlins.

Allard threw 81 pitches over five innings to earn the victory and allowed four earned runs on nine hits with one strikeout. He was also perfect at the plate as well. Allard picked up his first major league hit, finished 1-for-1, reached base twice and laid down two strong sacrifice bunts.

For his immediate future, Allard figures to head back to Gwinnett, but he says he’s now on call.

“Whenever they need a guy, I’ll be ready for them when called upon,” Allard said. “Then I’ll be back in September when they expand the rosters.”