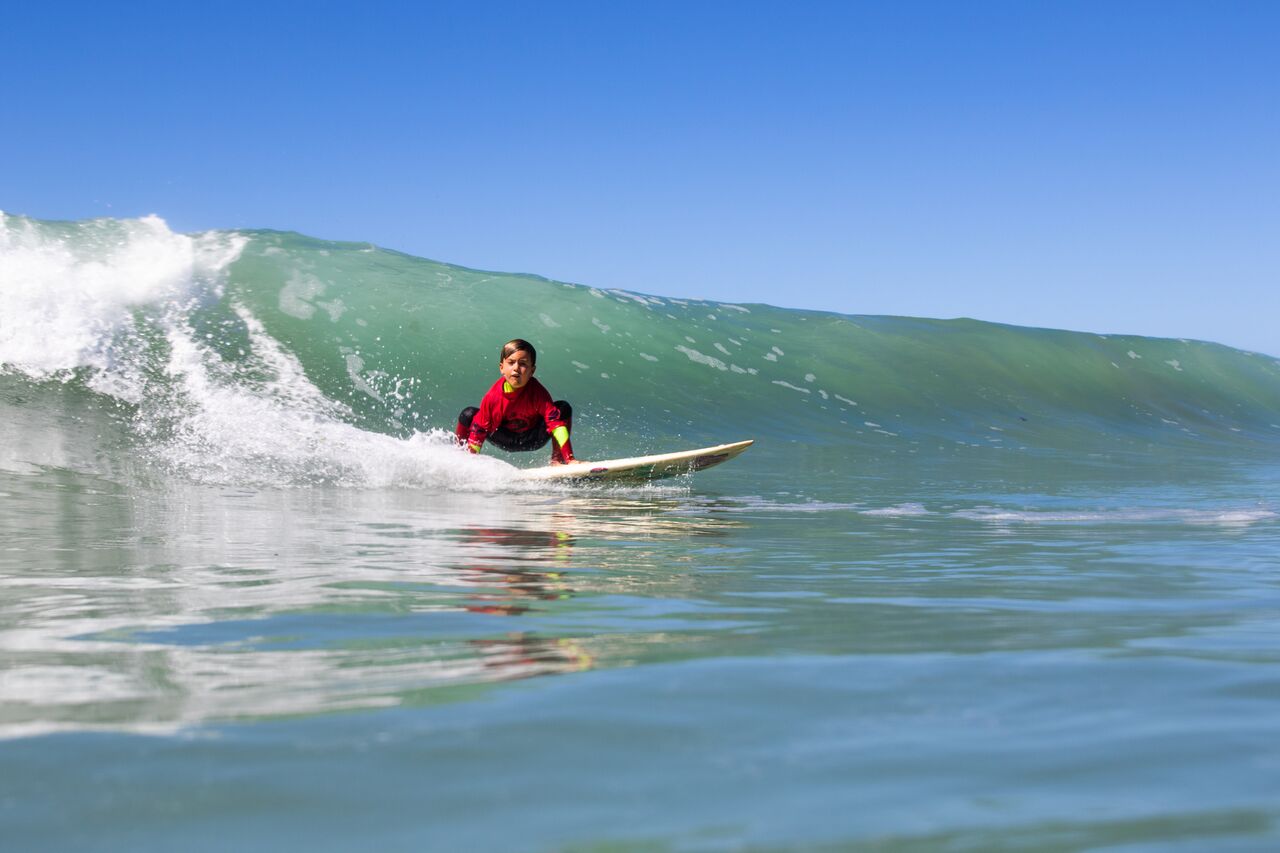 It definitely hasn’t been a bad week to be a surfer in San Clemente and Dana Point. For starters, we’ve enjoyed an abundance of September swell. Everywhere has pretty much been going off. That classic late-summer southern hemisphere action has lit up all the points and beaches in the area, and with the water and air hovering right in that sweet spot, the conditions have been idyllic.

“Lowers was about as fun as it gets,” reported WSL Championship Tour surfer and local hero Patrick Gudauskas.

But more than just a good few days of waves, the surf community has been rallying lately.

Let’s start with Patrick, his brothers Dane and Tanner Gudauskas, and their Positive Vibe Warriors Foundation. Last week, they teed off an epic golf fundraiser at the Bella Collina golf course in San Clemente.

“Everyone was sending it!” Patrick said. “The tournament was filled up. The support was amazing. It’s going to really help the foundation continue to support water safety and education programs.”

Not done there, last Sunday the brothers hosted their eighth annual Stoke-O-Rama at T-Street. With more than 120 kids entered, and who knows how many more running amuck on the beach in their wetsuits all day, it was a fine day for San Clemente’s surf families.

One spectator paused and remarked, “I don’t know if I’ve ever seen this many kids on a beach having so much fun.”

The waves were pumping all day, the beach games were heated; there were close to 50 kids in the ever-inspiring 8-and-under division (a/k/a “The Pops and Pups”), and it’s pretty safe to say a good time was had by all.

“You get more points if you throw shakas while you’re riding,” explained one young competitor to another in the middle of their heat.

The shakas were flowing and the aloha vibes were omnipresent.

And speaking of aloha, on Wednesday the Dana Point Surf Club teamed up with the Capistrano Valley Boys & Girls Club to host 50 kids for a “surf experience” at Doheny. Recruiting surf club members to come help, the goal of the day was bring the surf community closer to those groups in our area that may not be quite as sandy.

“When we formed the club one of my main goals was to somehow put community service first,” explained Eric Diamond, a lifelong Dana Point surfer and president of the Dana Point Surf Club. “At the end of the day, a ‘higher calling’ and service in our community should always remain a priority, and most importantly, just having a positive experience together.”

Working with the city of Dana Point, transportation was provided, the Boneyard Café on the beach at Doheny provided the food, and Girls In The Curl provided professional surf instruction and resources.

“So, long story short, the city reached out to us for the now officially recognized California Surfing Day. We bounced some ideas back and forth and put together an amazing concept: ‘In the True Spirit of Duke.’ We all wanted to share the enjoyment of riding waves with that aloha spirit.”

Spreading the aloha vibes and making the world a better place through surfing, Duke would have been stoked.

When it comes to the preservation of the history and culture of surfing, the good times just kept rolling this week with the Surfing Heritage Foundation and Culture Center’s 2nd Annual Golf Surfari at the San Juan Hills Golf Club.

Raising funds to continue their work in preserving and documenting surfing’s past, they’re also diligently working to develop more educational programs and expand their outreach both in the community and further afield.

“We’re so lucky to have so much support and so many people that are really willing to put their time and energy into making this such a unique and special event,” said SHACC Executive Director Glenn Brumage. “Everyone really elevated the game this year and we’re so thankful. It speaks to how tight the surf community remains, not just here in San Clemente and Dana Point, but up and down the coast.”

And when the dust settled after all this? Well, as I write this there’s still plenty of swell in the water and it might just be time to paddle out and get a few.