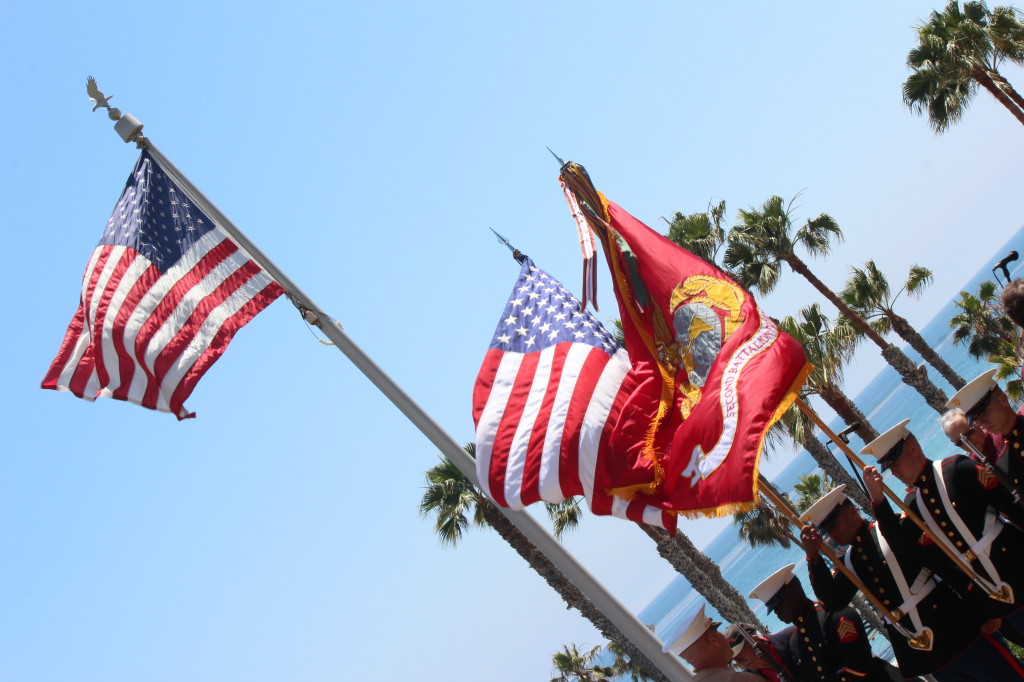 American Made: Flag Ceremonies to be Organized by New Entity

A San Clemente patriotic tradition previously done by San Clemente residents George Key and Alex Neil will now be performed by the South Coast Detachment of the Marine Corps League (MCL). It is offered in honor and recognition of longtime San Clemente resident George Key, the great-great-grandson of Francis Scott Key, who wrote the famous lines about “broad stripes and bright stars” 204 years ago. George is no longer able to carry on this tradition.

“San Clemente City Hall Flag Raising & Display” is intended to honor deceased U.S. military Veterans (all military services) for their service and sacrifice on behalf of the American people and the freedoms we enjoy. Any family member of a U.S. military veteran (honorably discharged) who has passed away can request this special recognition to honor their veteran’s service. We recognize that a veteran’s family has also served an important role during his/her active duty years and in every way has also served their country with honor and distinction.

The event will include a short ceremony, led by members of the local Marine Corps League (MCL) South Coast Detachment 022, with the assistance of the San Clemente VFW 7142, and supported by San Clemente city employees who will raise the American Flag. The ceremony will take about 30 minutes and may include some music and comments by the MCL representative. If desired, the family is welcome to say a few words during the ceremony concerning their veteran’s service. Also, if a family would like someone to speak or say a prayer, the family should make arrangements on their own for that support. The honor flag will be supplied by the MCL and will fly for one week. There is no cost for this service.

There is a short form that needs to be filled out by the families, which includes the following information: U.S. military branch, years of service, major military conflicts, major awards and decorations. The form can be found at www.marinecorpsleaguesouthcoast.org; www.marinemonument.com or call 949.498.4958 for information.

Several months ago, the MCL also took over the tradition introduced by Key to properly dispose and retire the American flag. Should you have any American flags to retire and be disposed of properly, you can bring them to City Hall, located at 100 Avenida Presidio, and the city will contact the MCL for proper flag retirement.

Wayne Eggleston is a former San Clemente mayor, City Council member and Planning Commissioner. He is the current director of the Marine Monument at Park Semper Fi.