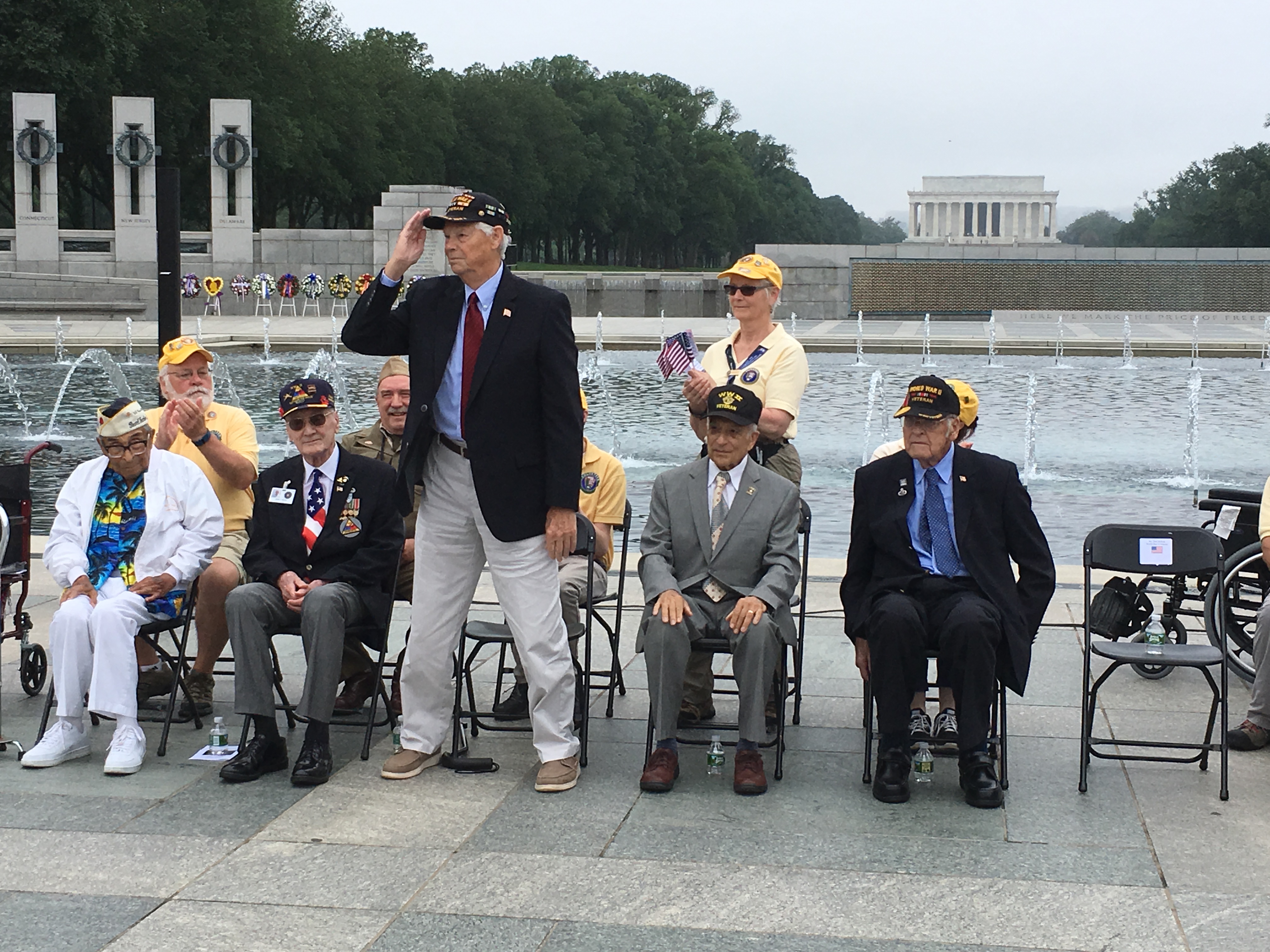 World War II veteran and San Clemente resident Leslie B. Jones, 91, was invited to participate in the Memorial Day Observance Program in Washington, D.C., on May 29. This year, the ceremony commemorated the 75th anniversary of the war.

Jones, who served in the U.S. Navy and fought onboard the Destroyer Escort, was honored as a representative of the WWII Memorial during the Presentation of the Wreaths ceremony. Each year, American war veterans are invited to present wreaths in front of the Freedom Wall to pay tribute to the 400,000 Americans who were killed in combat and the 16 million who fought during the war.

Following the ceremony, Jones served as one of the Honorary Grand Marshals in the annual National Memorial Day Parade that passes in front of the White House. The parade is televised nationally and hosts many celebrities, including this year’s guest British Royal Navy veteran and celebrity chef Robert Irvine, as well as musical performances by bands Daughtry and John Ondrasik of Five for Fighting. During the parade, Jones rode in a vintage 1946 Cadillac convertible that led marching bands from all 50 states.

According to the American Veterans Center, the nonprofit that founded and organized the event, the parade draws hundreds of thousands of spectators who want to pay tribute to those who have served and are still serving, making it the nation’s largest Memorial Day event.

“The Memorial Day program is for those who have put their own lives on the line for our country,” Jones said. “Freedom has a special meaning that many will never know. Freedom is not free.”

Jones said he was especially proud to have his youngest son, Jason, accompany him to Washington, D.C., to support him during this year’s program. But it was a somber occasion this year, as Jones’ wife, Karen, who always traveled with him to previous ceremonies, died last year from complications related to lung cancer.

Jones enlisted in the Navy in 1943 at age 17. He served in all three of the WWII campaign theaters, earning various awards, ribbons, medals and stars, including the Presidential Unit Citation with two stars, which was awarded to him by former President Harry Truman.

One medal has accompanied Jones consistently since he enlisted and holds a special meaning for him.

“I wore my Saint Christopher medal during the Memorial Day Program as I always have since 1943,” Jones said. “My medal has been with me many places and shared my many experiences, keeping me safe as I traveled the world.”

Jones, who grew up in the Los Angeles area, returned to southern California after he was honorably discharged from the Navy following the end of the war. He then attended the University of Southern California where he obtained his Bachelor of Science degree.

Jones discovered his love of flying when he flew his first plane at age 14. He later obtained his pilot’s license and earned six national and world records in aviation.

Exercise is also important to Jones. He has earned multiple gold medals in the National Senior Games (Senior Olympics), climbed Mt. Whitney and has competed in triathlons. He ran in the Los Angeles Marathon at age 75.

Since he joined the Navy in 1943, Jones has written down anything and everything he has accomplished in an extensive journal that he someday plans to give to his two sons and four grandchildren so they may remember his many achievements.