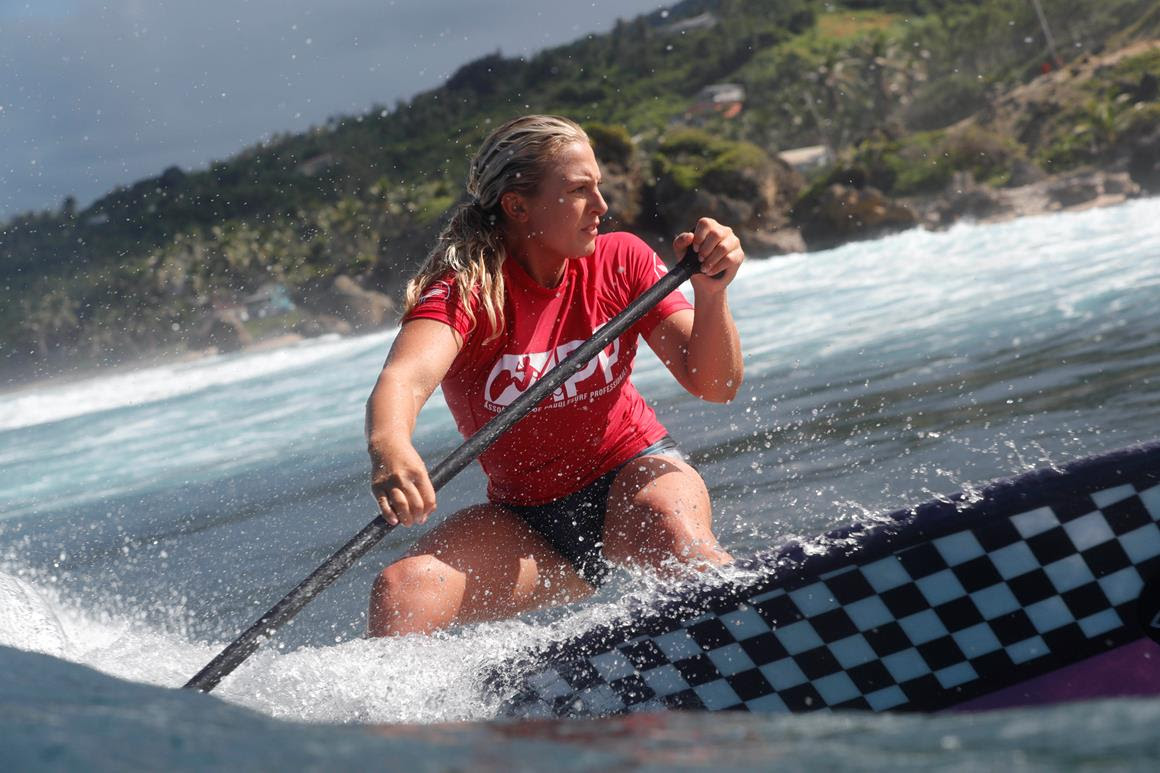 Another Year, Another World Title

Gomez exploded onto the paddling scene when she won her first world title at the ripe age of 14. She then went on to capture three consecutive titles in 2015, 2016 and 2017, as well as a gold medal at the ISA World Games in 2015.

This year, Gomez also captured a gold medal at the PanAm Games in Lima, Peru. With her fifth world title, she is now the winningest paddle surfer in history, breaking the record previously held by Maui’s Kai Lenny.

The 2019 season saw Gomez start the season with a second-place finish at Sunset Beach in Hawaii before going on to notch back-to-back wins in New York and Barbados.

Growing up surfing and paddling in Florida, Gomez first got on a paddleboard when she was only 6 years old. These days, she calls San Clemente home, so she can be closer to the surf and the SUP industry. She also competes on the WSL’s Qualifying Series and Big Wave Tour.

Up next, Gomez will be competing in the world championship tour final in Las Palmas de Gran Canaria in Spain from Dec. 10-19.