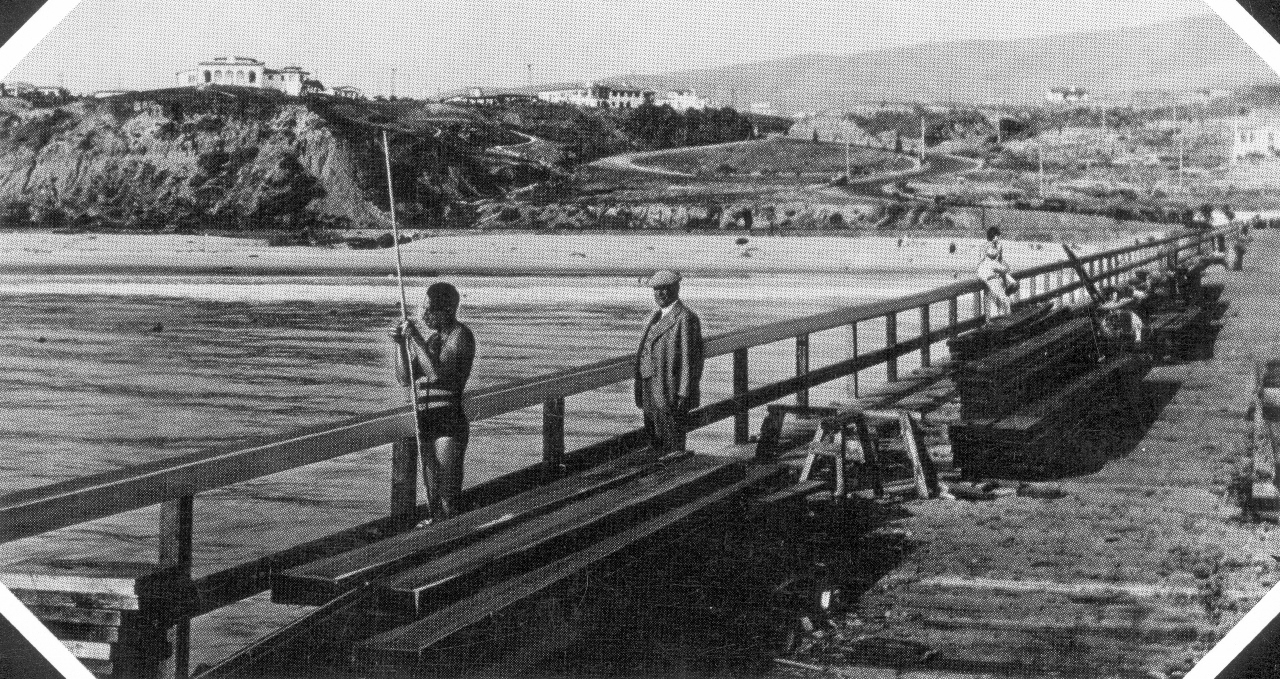 From the Archives: November Edition

Every week, the San Clemente Times will publish a historical photo. Online, SC Times will create a gallery of the month’s photos. To submit your historical photos, please provide information about the photo along with your name for credit to eheinz@picketfencemedia.com

The San Clemente Pier was constructed in 1928, and next year locals will celebrate its 90th birthday. In this photo, planks are applied toward the end of the Pier, as Ole Hanson’s house sits in the background. Photo: Courtesy of Orange County Archives

El Camino Pharmacy is pictured here in the 1930s in San Clemente. The old architecture style of the building, Spanish Colonial Revival, is maintained throughout the city today. Photo: Courtesy of Orange County Archives

This photo was taken in 1974 when Wyatt Marshal Dearlove was an infant. “The Resort Motel Apts behind the swing sets on the north side of the pier 1974,” Dearlove said. “My pop pushing me on the right. My godfather pushing his daughter on the left (almost out of her swing).” Photo: Courtesy of Wyatt Marshal Dearlove

This aerial photo of the coastline shows San Clemente in 1975. At the time, 84 percent of California residents lived near the coast, and in an effort to regulate future development within 1,000 yards of the shoreline, the state passed a Coastal Zone Conservation Act in November 1972. Photo: Courtesy of The U.S. National Archives/Charles O’Rear

The Free and Accepted Masons from San Clemente Lodge No. 671 pose for a photo. This is one of the many items included in the time capsule placed at Dana Point Harbor in 1966. The capsule was opened during a special ceremony in August 2016. Photo: Courtesy of Orange County Archives