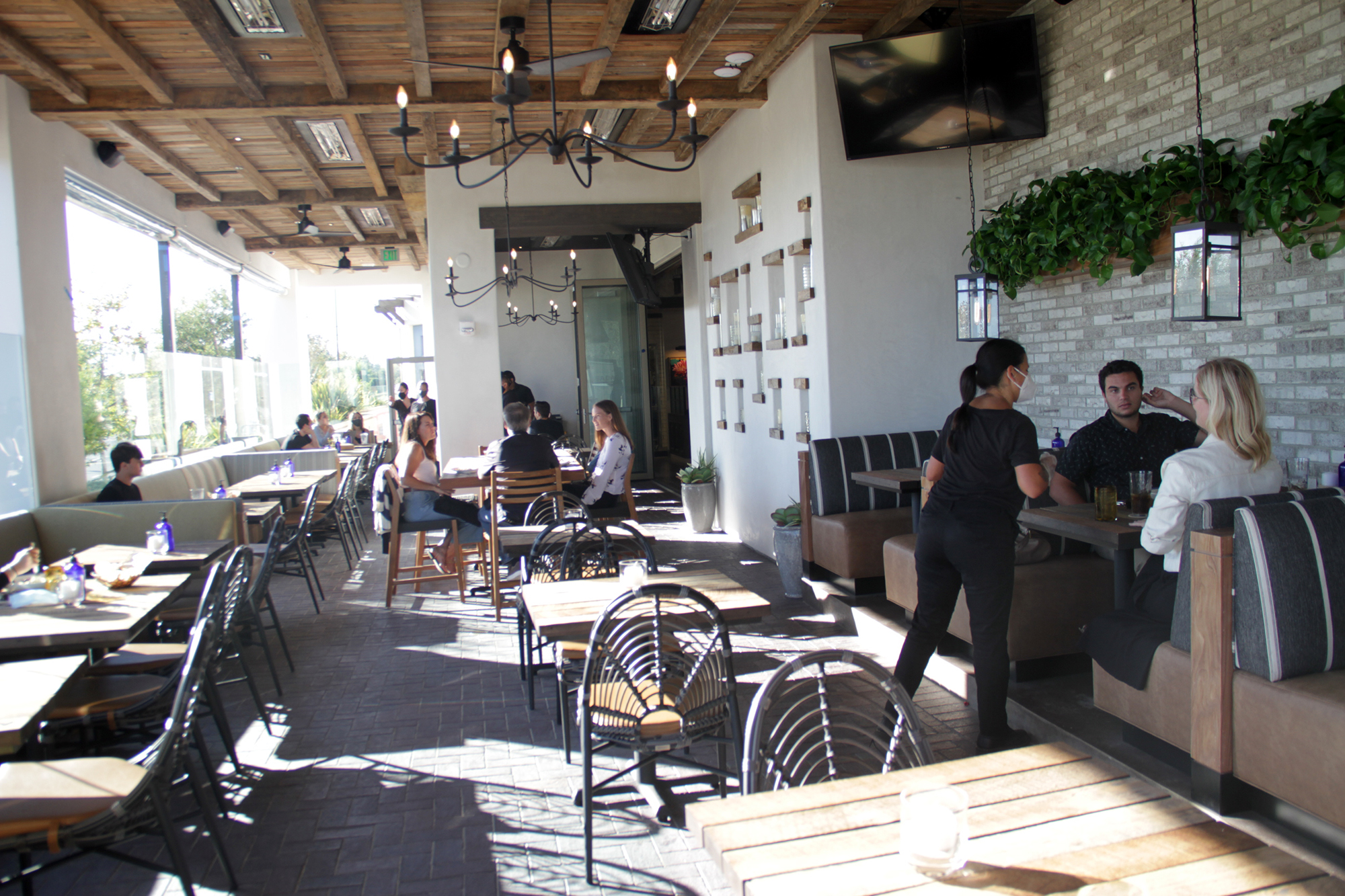 When Scott and Rosemary McIntosh open the San Clemente location for their Asada Cantina + Kitchen—likely early next week—it’ll represent a journey that’s come full circle from when they opened the original location almost a decade ago.

The couple launched Asada in 2011 in Laguna Beach and had operated it for roughly 3 ½ years before a dispute with the landlord ensued. As a result, Scott and Rosemary shuttered the cantina, focusing on other restaurant concepts such as Reunion Kitchen + Drink.

They did eventually return Asada to Laguna, developing it as a fast-casual dining experience and without the full cantina. But with space available at the Outlets at San Clemente, Scott and Rosemary—along with their five daughters—have been preparing the last year and half to revive their initial concept.

“Getting to do the full space here with a cantina, the (Outlets) has really worked well with us in being uninhibited on the design and the look and feel of the building,” Scott said. “They’ve been really generous in letting us develop the dream design of our restaurant.”

“It’s been full circle getting to do another Asada again,” Scott said, before reflecting on how the Laguna closure had impacted his family. “Leaving the first one was really painful. It was hard on our family having to leave that.”

According to Scott, he and Rosemary can open the new location at any time they want, as they’ve already secured all the necessary permits. However, they’ve been taking things slowly amid the public health crisis, which has meant augmenting training for the staff.

“Right now, we’re just working out the details of preopening, beginning all of our training, getting the proper amount of time for people to learn and study, especially in an environment where we have to stretch it out a bit,” Scott said of the social-distance training.

Assuming they don’t run into any speed bumps in the coming days, Scott and Rosemary are looking to open the restaurant on Monday, Aug. 17. Between now and then, they’ll be conducting some practice shifts with the staff, which numbers nearly 100 employees, including many who grew up in San Clemente.

For Scott, though, he’d like to keep the pending opening low-key, so as not to draw too much attention to the restaurant when social distancing regulations are currently the norm.

“In these times right now, a nice dose of humility is required. We’re not trying to set the world on fire with this restaurant, not break records,” he said, adding that their priority is “making sure that our employees and customers are safe. It’s the gospel for us here to follow the rules and make sure we’re following every regulation properly.”

Until social distancing guidelines can be lifted, the restaurant will utilize its pavilion area for open-air dining, where there’ll be heaters and candles for ambience.

As for Asada’s menu and what patrons can expect, Scott noted that “it’s not what you would call traditional or necessarily authentic” Mexican cuisine. But he doesn’t like referring to it as a “modern twist,” either.

“It is definitely a different take on classic dishes,” he said, adding: “It’s not something where people may think it’s all Mexican food. There’s some other items that play well if you don’t want a taco or an enchilada.”

He also said their menu “has a bit more diversity to it; a little more depth to it,” compared to other Mexican restaurants.

But, of course, there definitely will be dishes for those who are seeking traditional Mexican cuisine, Scott said. Highlighting some of those traditional aspects, Scott said they will have a rotating tortilla grill and an al pastor vertical rotisserie.

The menu just has “some unique flavors that you can’t really put your finger on,” but tastes that customers will “crave to want to come back for that particular item,” Scott said.

And the salsa will be served warm right out of the kettle—unlike other restaurants where the salsa is served cold—he said, noting that the “flavor really just blows away any other salsa and releases all those flavors from the roast.”

“We’re not just opening cans and mixing stuff together,” he explained. “It’s rather impressive what our guys do back there” in the kitchen.

During the first few weeks after the restaurant opens, however, Scott and Rosemary will be phasing in items. Rather than roll out the full menu, which features about 300 items, they’d like to give staff more time be to be fully trained.

Recognizing that there are a number of other Mexican restaurants in San Clemente, Scott boasted that Asada “will be notably different.”

“I don’t want to say they’re all the same, because they all have their own uniqueness and charm, and we’ll also have our own charm,” Scott said. “We’re not perfect, but we strive to want to get you to come back both with our food and service.”

He further noted that their location at the Outlets, which has its own identity and is distinctive from other areas of the city—like the downtown corridor, where parking is sometimes harder to find—Asada Cantina could give residents a more accessible option when it comes to dining out.

Though the restaurant will be in a mall-like setting, Scott said it’ll still have the atmosphere of a neighborhood establishment for the locals.

“Even though we’re at the (Outlets), it’s going to feel like a local restaurant, because we’re local and we’re going to do our best to make sure we take care of our neighbors,” he said.