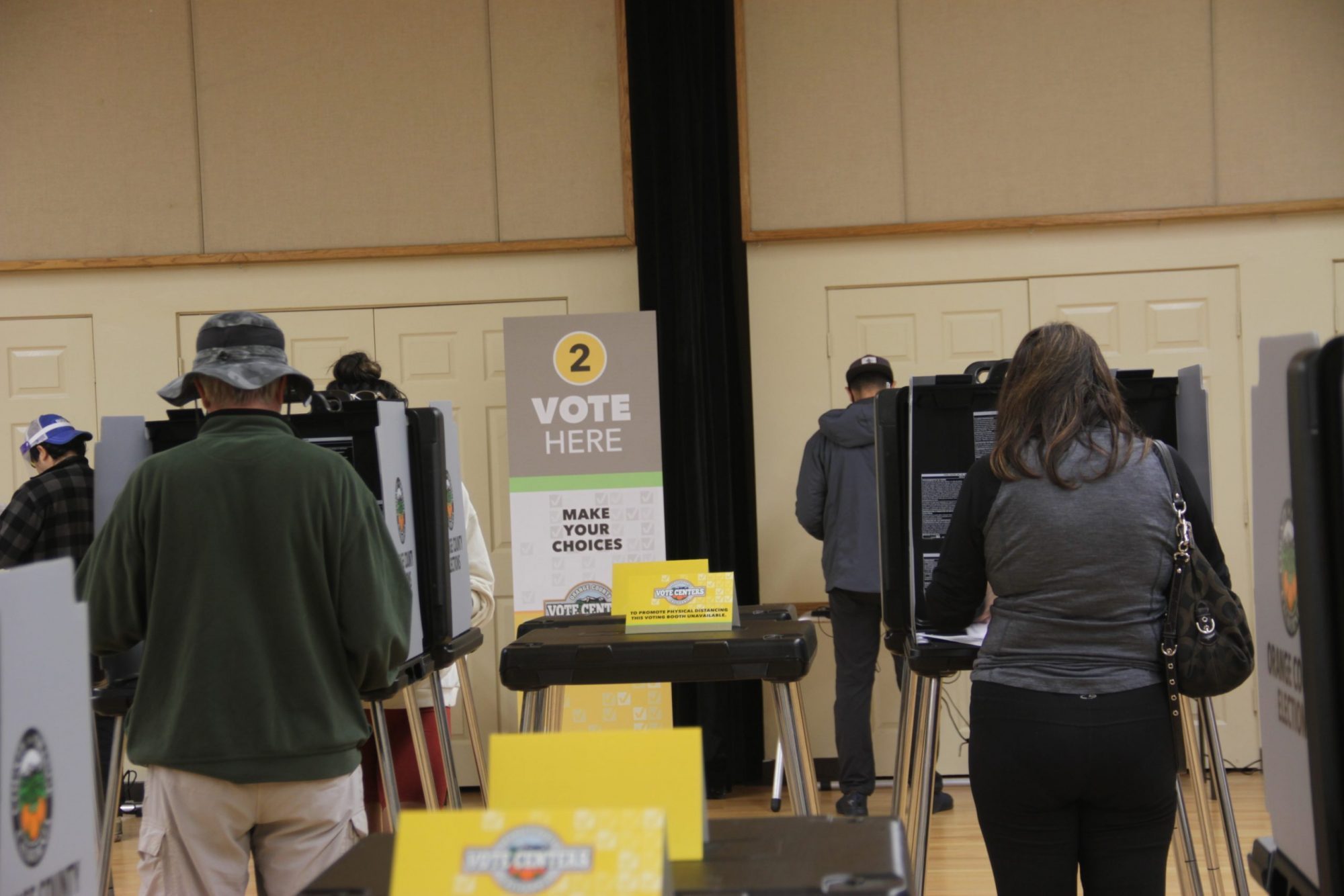 Editor’s Note: This story has been periodically updated to reflect the evolving list of candidates qualifying for the election, and to include additional statements from those running in the upcoming race.

With three seats on the San Clemente City Council up for grabs in the upcoming General Municipal Election this fall, 12 candidates have officially secured their spots on the ballot, but incumbent Councilmembers Laura Ferguson and Kathy Ward were not among them.

Of the 19 people who initiated the process to seek elected office by collecting petition papers, one had withdrawn, and 13 others had qualified for a ballot placement. However, after receiving certification, Cameron Cosgrove announced this week that he has withdrawn from the race.

The initial period for prospective candidates to file ended at 5 p.m. on Friday, Aug. 12. That deadline was extended to Wednesday, Aug. 17, at 5:30 p.m. as Ferguson and Ward did not file their papers, City Clerk Joanne Baade announced late Friday.

“State law provides for an automatic five calendar-day extension when one or more incumbents whose term is due to expire fails to file by the standard deadline,” Baade said in the emailed announcement. “Because only Steve Knoblock filed for reelection, the extended nomination period is in effect.”

According to Baade, Ward and Ferguson could not file during the five-day extension, therefore precluding them from running for reelection.

Ward was first elected to the council in 2014 and reelected in 2018, serving twice as mayor during her tenure. In an email to San Clemente Times on Tuesday, Aug. 16, she explained her decision not to run.

“While it has been my absolute honor to be elected and serve the residents of San Clemente, it is time for me to move on to other opportunities I would like to pursue,” Ward wrote. “I have found this time to be challenging and rewarding in what we have accomplished in the last eight years.”

Ferguson served one term on the council after being elected in 2018. In the spring of 2020, at a tumultuous time for the council, Ferguson was thrust into the position of acting mayor following former Councilmember Dan Bane’s departure and amid the start of the global pandemic.

In a statement on Tuesday, Ferguson wrote that it had been an honor to serve San Clemente residents.

“I am proud of my years of service on the San Clemente City Council. Positive accomplishments were achieved along with challenges met,” Ferguson’s statement read. “San Clemente is a wonderful community with a bright future. I wish everyone well.”

Voters this fall will also find a couple of ballot measures in San Clemente. The two measures, U and V, will determine whether the positions of San Clemente’s city clerk and city treasurer should be appointed by the council.

The council voted to add the measures during a June 7 meeting, in which Mayor Pro Tem Chris Duncan and Ward were also tasked with drafting arguments in favor of making the positions appointive.

This year’s slate of candidates includes some who had previously run for office during the prior election season in 2020.

Washington campaigned for one of two four-year vacancies on the council in the 2020 election and finished third, behind current Mayor Gene James and Duncan.

Washington wrote in a July 30 Facebook post that his platform included public safety and homelessness, careful consideration of transportation issues to maintain San Clemente’s “small town feel,” restoring sand to beaches, the city budget, and supporting schools and efforts to keep children away from drugs.

Vidrine, who finished third in the special election for the two-year term on the council that saw Councilmember Knoblock emerge victorious, has pushed to prioritize community health, public safety and environmental stewardship, as well as serving seniors, families, and veterans, and transparent governing.

Wu, another council hopeful from the 2020 race, referenced his service on multiple committees within the city government on his campaign website, as well as mentioning his desires to uphold the General Plan, address issues such as affordable housing and the water supply, and improve government accountability and efficiency to reverse the trend of “eroded” public trust in city leadership.

A late edition to make it onto this year’s ballot was Johnson, who ran for one of the two open seats in the 2020 race. During the election, Johnson campaigned as “SC’s True Conservative,” running on a platform included protecting residents’ natural rights, enhancing quality of life, and reducing taxes and bureaucracy.

Enmeier, who has taught multiple Advanced Placement history courses within the Capistrano Unified School District since 2008, according to his LinkedIn profile, announced his candidacy on Twitter on Aug. 11.

“When elected, I hope to bring a sense of civility back to our governing board, and get us back to being ‘One Town, One Team,’” Enmeier said in his announcement video, referring to the San Clemente High School football team’s motto. “What that means is building better roads, having better transportation, building better schools, and being economically and environmentally responsible.”

The election will be decided on Nov. 8. Ballots are expected to hit registered voters’ mailboxes by early October.