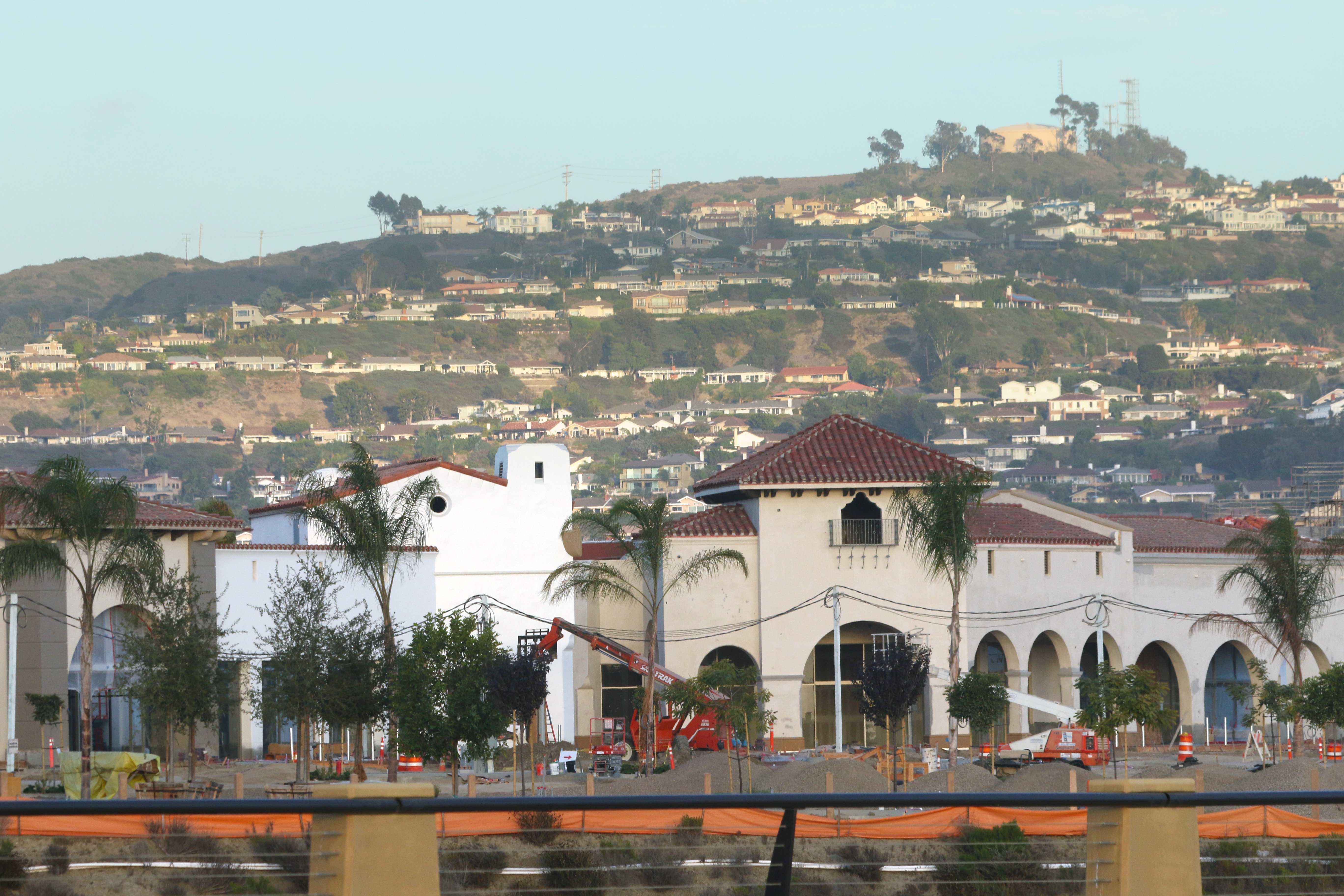 Patience has been a virtue for the stakeholders of the Outlets of San Clemente.

During the course of 18 years, San Clemente’s largest-planned commercial facility has waited for its day to come alive.

With the opening of the shopping center, Nicky See, the marketing director of the Outlets at San Clemente, and Susan Jennrich, the general manager, said employment opportunities for the new business locations will be plentiful.

See said the Outlets intend to have 1,000 jobs throughout the facility, including full-time, part-time and seasonal positions. The number of jobs available for each specific business is unknown at this time, she said.

See said all staff for the Outlets, which includes security guards, parking attendants, custodians and more, will be hired from within the company.

“We’ll have about 35 staff members for all departments and additional staff for parking during the holidays,” See said. “We’re still hoping for 70 percent occupancy, and we’re thinking 40 to 45 stores will

be open at the grand opening. Then a lot of them will be opening as we head into 2016.”

In order to occupy the remaining 30 percent of the commercial space, the Outlets representatives hope some deals will formulate.

“There are a lot of stores that have interest,” See said. “The word in the industry is very positive and people are very interested.”

In addition to job creation, Jennrich said concierge and other services will be available to customers.

“We will have complimentary strollers and baggage check to make the experience above and beyond what people experience in most places,” Jennrich said. “Just because we’re an outlet center does not mean this place is going to be cheap. It’s going to be a wonderful place.”

There will be three entries shoppers can use to parking facilities: from the bridge extending from across Vista Hermosa, the middle of the street on the west side and an east-side entrance.

“With those structures, congestion will not be an issue,” See said. “When all is said and done, we’ll have 3,339 parking spaces.”

Although the opening date is mid-November, construction continues at the Outlets.

“It’s day-to-day to the finish line,” See said. “What’s nice is we no longer have see-through buildings. We’re starting to pour asphalt, and all the finishing pieces are coming together.”

The Outlets representatives said they recently started a broad, full-size marketing campaign, looking at demographics outside Orange County as well as promoting the venue on social media, in print and other sources.

“Orange County in general is going to be our primary target and the San Diego County area; beyond that we’ll be looking at Los Angeles because we know so many people drive between these cities,” See said. “All of Southern California will really be our target.”

See said the Outlets have also been doing grassroots marketing at events in San Clemente such as setting up booths and talking to people at the annual San Clemente Car Show and Fiesta Music Festival.

The Outlets at San Clemente are part of the same organization as the Citadel Outlets in Los Angeles and the Cabazon Outlets in Cabazon.

Steve Craig, a developer and managing partner of Craig Realty Group who is leading all aspects of management, marketing and operations for Outlets at San Clemente, emailed a statement to the San Clemente Times on Monday.

“We believe Outlets at San Clemente will become a landmark in Southern California and help bolster the economic development of the city and the South Orange County region by increasing tax revenue, attracting visitors and creating job growth,” Craig wrote. “We’re pulling out all the stops for the grand opening to give Outlets at San Clemente the fanfare it deserves.”

Craig said the progress with construction has been adequate and the Outlets will have a more inviting look to them rather than the “monotony of many shopping centers” similar to large malls.

“This project is very special to me and is one of Craig Realty Group’s most exciting developments yet,” Craig wrote.

Craig became involved with the Outlets at San Clemente in 1997, and the city of San Clemente approved the construction of the mall in 1999. In 2007, the land owners, SunCal Marblehead and Lehman Brothers filed for bankruptcy, which put a stop to construction until 2014.

It’s likely going to be a fast-paced opening for the 500,000-square-foot shopping facility’s new employees, who will have about two weeks to get accustomed to their new locations before Black Friday hits.

“This is going to be opening in the peak season of retail and that will taper off a little bit in January and February,” See said, adding average counts of visitors won’t be available until sometime next summer. “We certainly won’t make any final answers on visitor numbers until we get at least to the middle of next year.”

And Outlets representatives said they’re not sure how many people will show up, but they are enticing shoppers with an event called “Moonlight Madness,” a 24-hour shopping event with bargains starting Thanksgiving evening.

In December, the Outlets will host “Shopping Extravaganza,” which is intended to benefit 13 charities and possibly more by the time the event starts, See said. The charities include Boys & Girls Club of South Coast Area, Girls Incorporated of Orange County and Wellness & Prevention Center San Clemente. People must buy tickets to the various events taking place that day, and See said last year the other malls in the Outlets family raised more than $100,000 charities.

“We’ve had great support and key players in the community, and (Craig’s) interest in really making this a special project and not giving up on that and wanting to be part of this community has been key,” Jennrich said.

In order to facilitate harmony among the various enterprises in San Clemente, See said the organization has been working with the Downtown Business Authority and various local businesses to provide the opportunity to host events around the space the Outlets utilizes.

Partnering with the San Clemente, Dana Point and San Juan chambers of commerce has been critical to assisting that effort.

“I come from a travel background, promoting Orange County, and people really want to come and experience the whole community,” See said, adding the Outlets want to exchange ideas with local businesses that help everyone. “We’re very open to those organizations and we’ll be able to communicate and we welcome that collaboration. Our goal is to collaborate, not compete.”