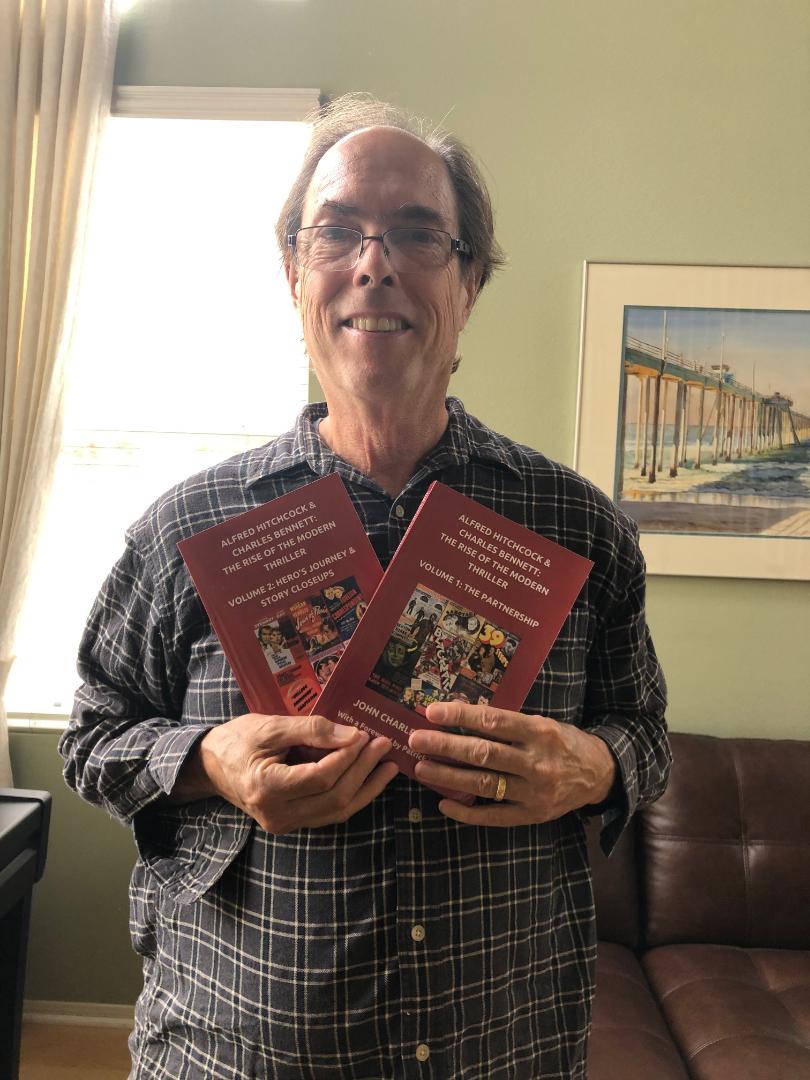 Charles Bennett, one of Hollywood’s best-kept secrets and whose life and career was exposed to the world six years ago, is the subject of a new book, The Rise of the Modern Thriller—a two-volume follow-up to his posthumous autobiography.

Originally published in 2014 and edited by Bennett’s son, John Bennett, Hitchcock’s Partner in Suspense delved into Bennett’s personal experiences as an early, semi-regular writer on scripts of Alfred Hitchcock movies. It also covered the second half of his career, when he collaborated with another Hollywood heavyweight in Cecil B. DeMille.

Considering how many iconic filmmakers and major studios Bennett was working for throughout the 20th century, it’s still baffling to think that it took until the writer’s death in 1995—the same year he was honored with the Laurel Award by the Writers Guild of America—for him to show up on the film community’s radar.

While Partner in Suspense was a traditional, straightforward biography, Rise of the Modern Thriller (again penned by son John) focuses on Bennett’s artistic impact on the film industry and his professional relationships, particularly with Hitchcock.

Readers get an in-depth recount of the writer’s process and inspiration for his stories. One aspect that’s especially fascinating is how Bennett had formatted and practiced his own equivalent of the now recognized “hero’s journey” structure over a decade before literary professor Joseph Campbell famously coined the concept.

It should also be noted that the new book features some serious accusations of plagiarism against Hitchcock that movie fans probably won’t like.

John Bennett, who is now a retired schoolteacher based in San Clemente, was happy with the positive reviews Partner in Suspense received from critics and historians, and he feels the new additions continue to dig further into his father’s tale.

“Only part of whole story was told with the first book,” he says.

Volume 1 begins with a forward written by renowned Hitchcock biographer Patrick McGilligan, and both volumes of Rise of the Modern Thriller are now available for purchase in online bookstores.