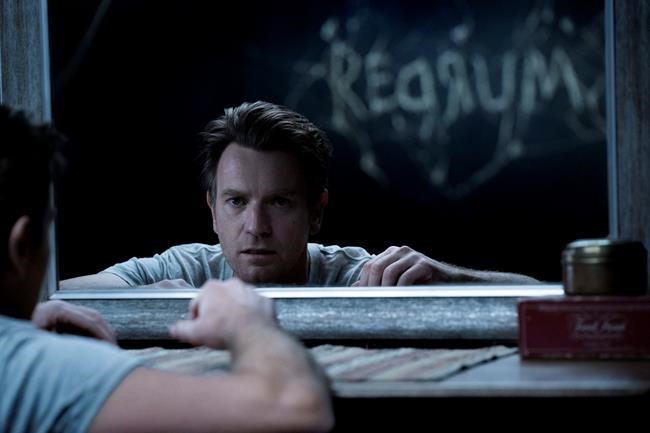 At the Movies: ‘Doctor Sleep’ Has Some Shine

Filmmaker Mike Flanagan’s Doctor Sleep has to be one of the biggest examples of stories referred to as “the most unnecessary sequel of all time.” And as the direct sequel to Stanley Kubrick’s horror classic The Shining (1980), the accusations could very much still be found. But it also helps that the source of the sequel is the author of the original novel, Stephen King, who wrote the book version of Doctor Sleep in 2013.

It’s 2011, and Danny Torrance (Ewan McGregor) is all grown up. Over the years, Dan has discovered that he can still “shine” and sense other people around him with extraordinary powers and speak to them telepathically. Throughout the film, Dan finds there is an evil cult led by Rose the Hat (Rebecca Ferguson) and Crow Daddy (Zahn McClarnon) that preys on kids who have the same special powers as he does. But one adolescent girl named Abra (Kyliegh Curran) is the most powerful and cleverest of all.

Flanagan has gained a reputation for making decent-to-good films and TV series out of concepts that read on paper like they should be duds, so it’s no surprise Doctor Sleep isn’t half bad. He wisely makes this update to the famous story his own vision; it almost feels as if the Shining elements weren’t needed. The weaknesses are that it is a little glaring to go back-and-forth between Flanagan’s direction and Kubrick’s. Ferguson is generally great as the villainess, though, unfortunately, she’s stuck with a slightly obnoxious reoccurring catchphrase. Other than that, the new horror mystery is a big step above the goofy TV mini-series of The Shining (1997).