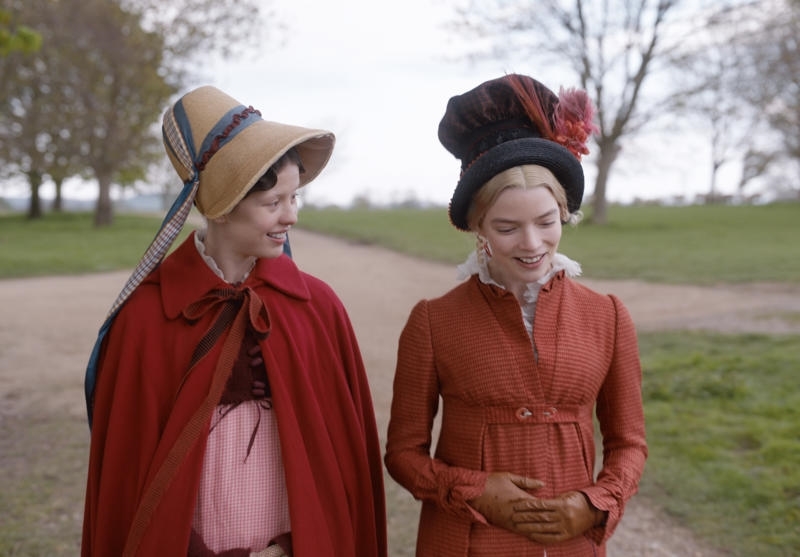 At the Movies: ‘Emma’ at it Again

When the trailer dropped for Autumn de Wilde’s remake of Jane Austen’s classic romantic comedy Emma, my first reaction was “why?”—the same as it was with Greta Gerwig’s new version of Little Women two months ago. How many more on-screen versions of this popular tale do we need? Over the decades, we’ve already seen a dozen or so adaptations, including an impressive feature film and stellar mini-series. So with these quality screen takes to live up to, can the new movie for a new decade hold up on its own?

As we know, it’s 1815 in Austen’s fictional Highbury, England, where 21-year-old Emma Woodhouse (Anya Taylor-Joy) is pretty, rich and precocious. She can afford to put off getting married, so rather than waste time looking for a husband she may not love, her primary interest is playing matchmaker for her friends and acquaintances (and more for her own amusement than anything else). Emma’s latest protégé is a new orphan girl in town named Harriet Smith (Mia Goth), whom she feels is in desperate need of some guidance and social advice. The only person who sees through Emma’s façade and calls her out on her shenanigans is her brother-in-law’s brother, George Knightley (Johnny Flynn).

Visually, this Emma is straight-up eye candy, combining the art direction, costumes and many colorful food decorations during the tea time and dinner party sequences. De Wilde’s vibrant direction and Eleanor Catton’s witty script make for possibly the funniest retelling of Austen’s tale yet. Indie film star Taylor-Joy’s delivery has Emma at her brattiest, but not at a disadvantage. In fact, I’d say it makes her character arc by the end even more rewarding. Among Emma, Little Women and Celine Sciamma’s Portrait of a Lady on Fire, fancy period pieces currently are the go-to genre for female filmmakers.