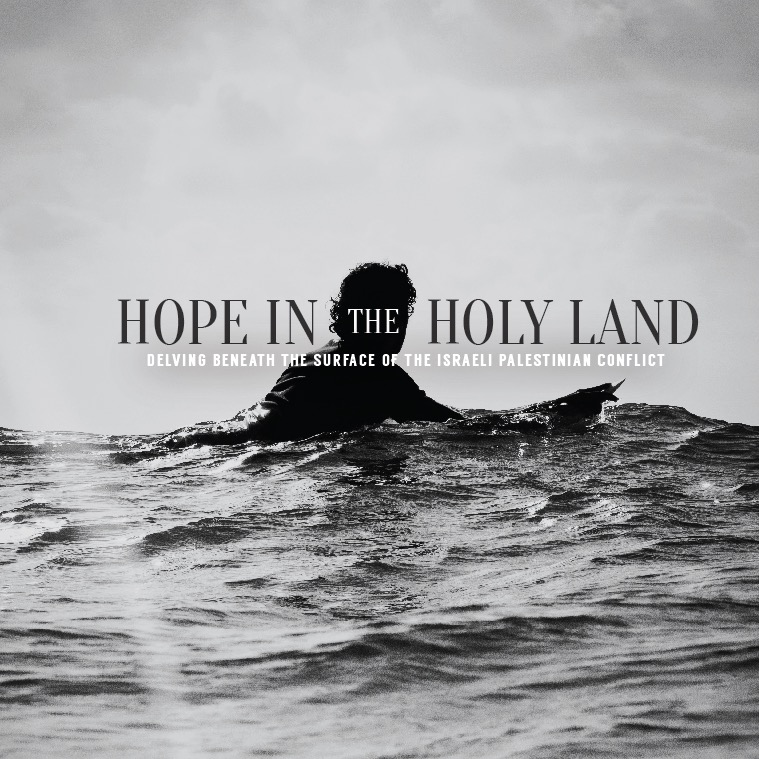 At the Movies: ‘Hope in the Holy Land’ Is Pleasantly, Surprisingly Well-Balanced

Surfing is a staple in Israel as much as it is in the OC, and in Jesse Schluntz’s new documentary, Hope in the Holy Land, there’s a surprising connection to both.

The movie tackles one of the most complicated issues occurring in the modern world: the Israeli-Palestinian conflict—a problem that has been going on for decades, with many sides and perspectives to confuse the uninformed, especially outside of the region.

Schluntz and his filmmaking partner, Todd Morehead—a San Clemente local—try to answer why the concept of “love your enemy” appears to be especially difficult in the eastern world.

The film starts with our narrator and host, Morehead, explaining how he’s a Christian fascinated by both sides of the dilemma and why he traveled all the way abroad. Before even getting into the contemporary commentary, Schluntz and Morehead give us a brief history lesson on the origin and development of Israel and Palestine.

Then we get some fascinating insight from locals and officials in the area with their experiences and opinions on the ongoing religious conflicts, as well as some exposure on Christians living in Israel and Palestine—a small sector of people not usually covered in discussions.

Hope in the Holy Land is one of the fairest and most well-balanced documentaries I’ve seen in recent years. Schluntz does a very good job as director making sure his doc gives both Israelis and Palestinians an equal amount of time and attention to voice themselves and doesn’t ever come across as biased.

The Christian angle might be a surprise and off-putting to some, but actually it does have a natural angle and relevancy to the topic at hand. Morehead is a fine interviewer who is friendly and meshes well with the citizens and others commentating throughout Holy Land.

Most surprising in the documentary was seeing how some Jewish citizens had different definitions of the term “Zionism.” All of this, on top of some stunning cinematography from Andrew Thompson, make Hope in the Holy Land one of the must-see docs of 2021.