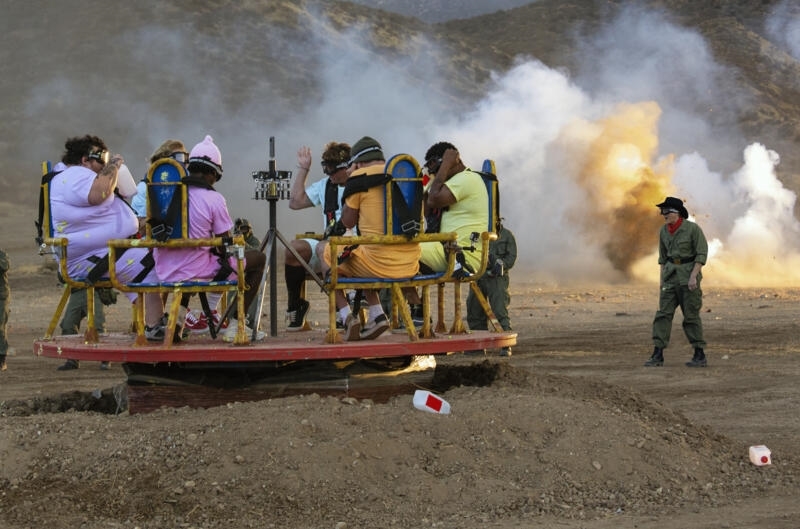 At the Movies: ‘Jackass Forever’ Makes No False Pretenses

Jackass Forever is now the fourth theatrical release under the brand name since Jackass 3D (2010), this time with the mood of a swan song.

Spike Jonze is back as producer, Jeff Tremaine as director, Johnny Knoxville as host and leader of the crew. All of the usual faces from the original show and past movies also return with the exception of Ryan Dunn, who passed in 2011, and Bam Margera, who was fired early into filming and cited as an alleged legal liability.

Save for catching a random episode here and there on TV when I was in middle school, Forever is actually my first-ever full viewing of anything Jackass-related. And let me tell you, I was not prepared for so many of these elaborate, absurd pranks to include full-frontal close-ups of male nudity.

I think I’ve now seen enough male genitals and bodily fluids on the big screen to last me a lifetime. This, on top of the general grotesque and pain-tolerating gags, makes for what might be the most I’ve winced and closed my eyes during a movie.

I guess it’s a testament to the guys’ judgment that one of the new pranksters this time, Rachel Wolfson, is a woman and completely clothed throughout the feature.

Whether you enjoy watching these wild and crazy antics, or are just completely appalled and grossed out, you can’t accuse the Jackass team of false advertising. It’s nearly impossible to enter one of these films and claim you were misled on the content.

I was disgusted, impressed, enlightened, amused and entertained by how far this group of old and new friends was willing to go to pull off the dangerous stunts in Jackass Forever.

One thing did go through my mind a couple of times while watching the new movie, or really any staged prank/stunt on YouTube, Vine or TikTok. It’s the age-old question: why is our natural reaction to laugh when we see someone fall, crash or get hit in the crotch?

It’s been a stock gag for humor since the beginning of time and seems to still work no matter what year or visual medium. I don’t really have an answer to the question, but if you like this kind of overly elaborate slapstick comedy, Jackass Forever is right up your alley.