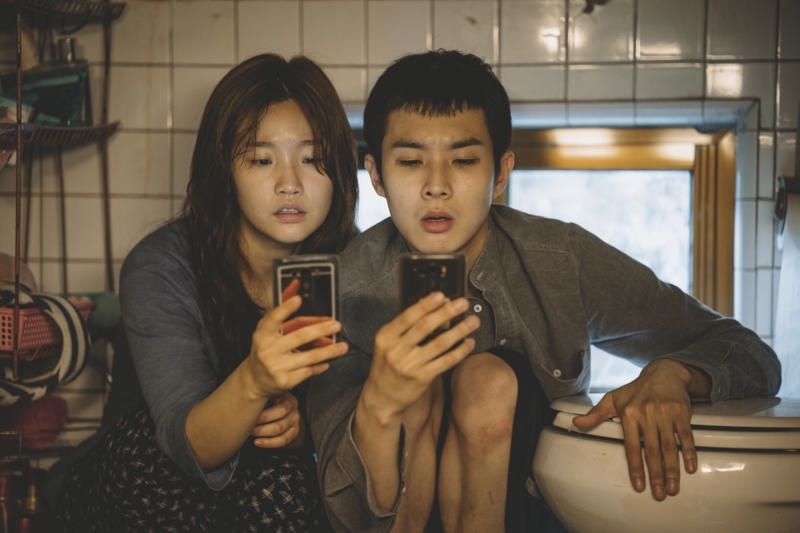 At the Movies: ‘Parasite’

Bong Joon-ho’s Parasite is a film about two families, one very poor and one very rich. But then again, it isn’t. There are so many twists and turns the story takes through its two-hour runtime that it would be difficult to properly detail the plot. So, to not possibly spoil any of the movie’s brilliance, I’ll just summarize the first 30 minutes.

In a fictionalized, unnamed South Korean town, the Kim family lives in the poorest neighborhood. Parents Ki-taek (Song Kang-ho) and Chung-sook (Jang Hye-jin) are unemployed and struggling in the current economy while their young adult children, Ki-woo (Choi Woo-shik) and Ki-jeong (Park So-dam), are struggling to work without college educations. One of Ki-woo’s former school friends, Min-hyuk (Park Seo-joon), convinces him that he can make some easy money from being a phony tutor to gullible families. Ki-woo then takes up Min’s offer to replace him as the English tutor of the richest family in the region.

Likewith Memories of Murder (2003) and The Host (2006), the filmmaker shows once again that he is one of the more confident and natural auteurs working in film presently. All of the actors are spot-on in their portrayals of either lower class or the wealthy that help the movie work as both commentary and satire. This is one of those movies that hits multiple emotions and yet doesn’t feel out of place or badly paced, fortunately. With the exception of a couple of moments that go a little over the line with suspending disbelief and almost took me out of the movie, Parasite is easily the best foreign film of 2019 so far.