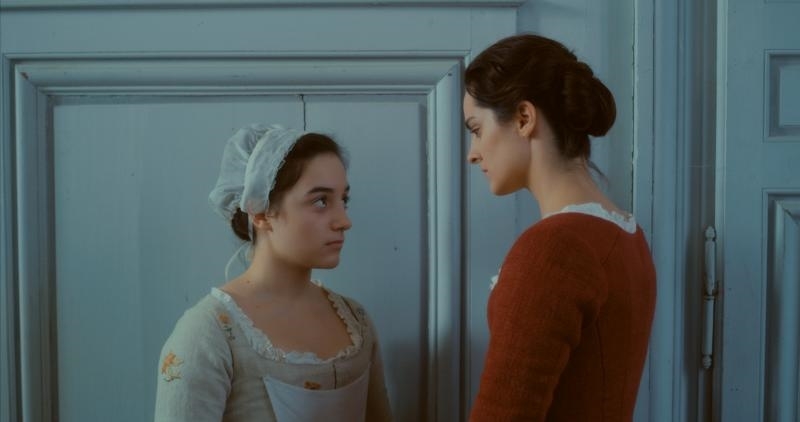 At the Movies: ‘Portrait of a Lady on Fire’

For what I hope will be my last article to reference the underwhelming 2019 awards season, I’ll now discuss another overlooked, underrated—by audience standards—quality feature film that was more intriguing than those that won accolades: Céline Sciamma’s Portrait of a Lady on Fire. One of the best received foreign films of last year is now finally getting a general theatrical release in the U.S.

In late 18th century France, Marianne (Noémie Merlant) is a young painter following in her father’s footsteps and is assigned to create a portrait of a young, aristocratic fiancée named Héloïse (Adèle Haenel). Héloïse’s mother and French-Italian countess (Valeria Golino) thinks an arranged marriage to a wealthy nobleman in Milan will make her life more satisfactory and respectable. Héloïse disagrees and keeps sabotaging the painters hired for her portrait before the wedding. Stuck together for a week on an island of Brittany, Marianne and Heloise get to know each other in more ways than they were expecting.

Sciamma has grown to be one of the most respected modern French filmmakers for the past decade with critical coming-of-age hits. Now she reunites with Haenel from Water Lilies (2007) for a more mature, regal love story. Portrait has two characters who aren’t exactly uncomfortable with themselves, but know they can’t freely express their feelings given the time period. Haenel and Merlant are stellar as the leads, particularly Merlant, who has to do a lot of reacting and pondering without much dialogue. For a refreshing and bittersweet romance to end February, Portrait of a Lady on Fire would be the top choice.