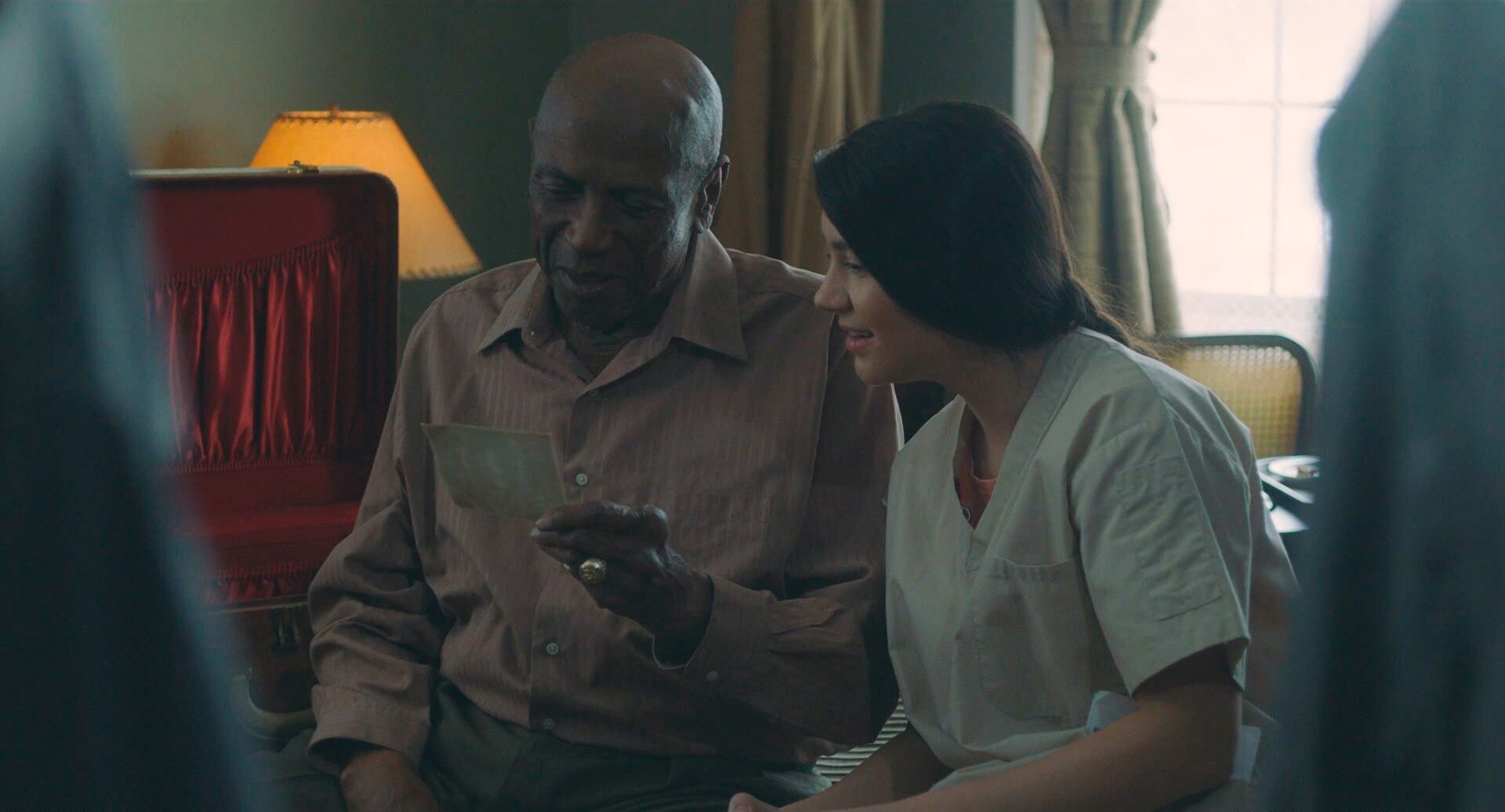 With all the commentary and activism regarding race relations in society and in the arts filling conversations, it’s fitting that a movie with one of the most diverse casts to come out this summer online and in select theaters doesn’t specifically focus on race as a political theme. Instead, it’s more about relationships between family and friends. Sergio Navaretta’s The Cuban is little bit of an updated Driving Miss Daisy (1989) for a modern crowd. Only this time, instead of a White elderly lady and Black middle-aged man, it’s an elderly Black Cuban and a young Afghan-Canadian lady.

Ana Golja’s Mina is a 20-something living with her Aunt Bano (Shohreh Aghdashloo), a former doctor, while working her way up to a career as a physician. She does well at the local nursing home when she meets Luis (Louis Gossett, Jr.), whom she discovers is a once-famous Cuban guitarist with dementia and apparent unhappiness with his current situation. Mina quickly learns that reminders of his homeland and youth in Cuba put him in better moods and help improve his memory. Soon, she secretly begins bringing Luis homemade food and vintage records from Cuba to improve his health—as well as learn the backstory of his life and predicament.

The Cuban is a fine, family-appropriate dramedy with plenty of heart and warmth for fans of feel-good movies. There’s drama, but it’s not too intense. It also has romance that isn’t out of place or graphic, and it feels as if both the cast and crew had a good time filming the story. For a modest, enjoyable drama, The Cuban might be intriguing to those looking for something a little different.