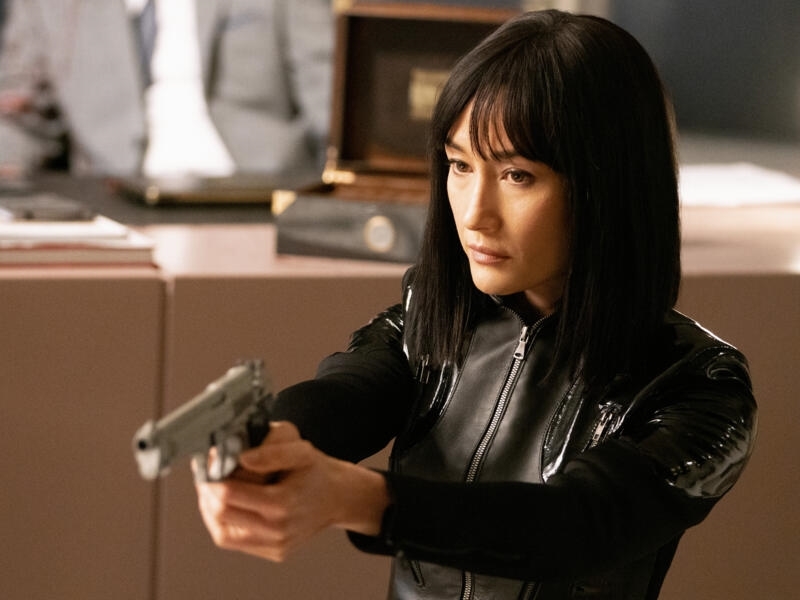 If the pandemic era didn’t exist, something like Martin Campbell’s latest action flick, The Protégé, would have probably just been dumped in theaters at the end of summer, with hardly anyone even noticing it was even in theaters.

And some of that is true, as it got a late August theatrical release. But at the same time, I saw just as many ads and trailers for The Protégé as I did the new Marvel blockbuster.

The title character, Anna Dutton (Maggie Q), is an exceptionally trained and skilled secret assassin who moonlights by day as a vintage bookkeeper in London. Her life is turned upside down when her mentor, Moody (Samuel L. Jackson), and a handful of other people in her professional life are killed one night.

Rather than go into hiding, Anna vows revenge for Moody, and along the way, she gets mixed up with another assassin, Michael Rembrandt (Michael Keaton). When she finds the bad guys are abroad, Anna is forced to revisit her past in Vietnam, the same location where Moody rescued her after she was orphaned as a child.

The Protégé is one of those forgettable action movies that’s right between being legitimately good and being so bad it’s unintentionally amusing. Campbell knows his stuff when it comes to blockbusters, as he is the man behind two of the best James Bond efforts: GoldenEye (1995) and Casino Royale (2007).

The cast is decent, with Q reminding us she can fit right into the action heroine role nearly a decade after leading the CW’s Nikita (2010-13), while Keaton and Jackson do their usual schticks.

Unfortunately, as far as the screenwriting goes, the plot and especially the dialogue of The Protégé are very schlocky and pedestrian. This is also probably one of the more visually gruesome releases you’ll come across lately.

The fights and explosions are well-directed and shot, but the clichés and unmemorable characters hold The Protégé back from being intriguing.