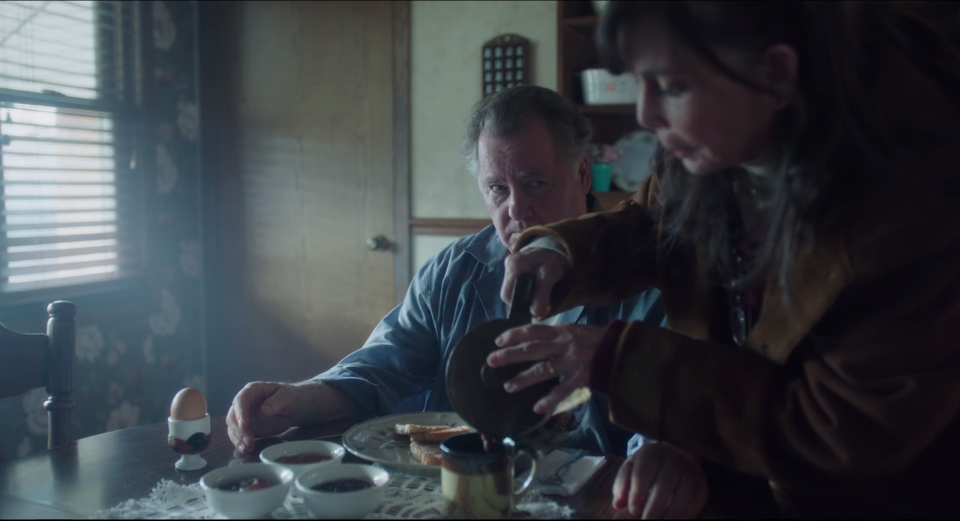 At the Movies: ‘Working Man’ a Sign of Our Times

As if living in economically crippling, home isolation wasn’t stressful enough already, movie fans—especially movie fans who love the theater experience like myself—are now feeling the anxiety of studios and theater chains feuding over streaming. But whether movies can make as much money with home releases, compared to theaters, seems a little unfair currently, when the average consumer is more desperate than usual for new media. For example, Brainstorm Media’s new film, Working Man, might not have received as much attention with its original planned theatrical release, because it’s currently one of the few new movies now going straight to VOD (Video On Demand) instead.

In a small, Midwestern town, a local factory is shutting down production, leaving all of its employees out of jobs—a rather ironic theme given current circumstances. Most are naturally upset, but one older worker named Allery Parkes (Peter Gerety) refuses to accept their fate, and secretly continues to sneak back into the building to “work,” even if just to clean company supplies and equipment. The staff, and even Allery’s wife, Iola (Talia Shire), chalk up his behavior to possibly going senile. But one colleague and neighbor, Walter (Billy Brown), thinks Allery’s peculiar motive has potential to not only send a message, but also to create new work.

Working Man is a new feature by first-time filmmaker Robert Jury. The film does feel a bit like a first-time effort, with the small production values and only one big name (Shire) in the cast. But as said previously, the theme now takes a whole new level of appropriateness, and the cast does well with the material. Some of the dialog in the first half is a little stilted at first, but it does find a smoother groove as the story progresses. Similarly, we get a happy ending, but not the one some might expect. Working Man is rather quaint and unpretentious, but sometimes that might just be what you need during a difficult time.