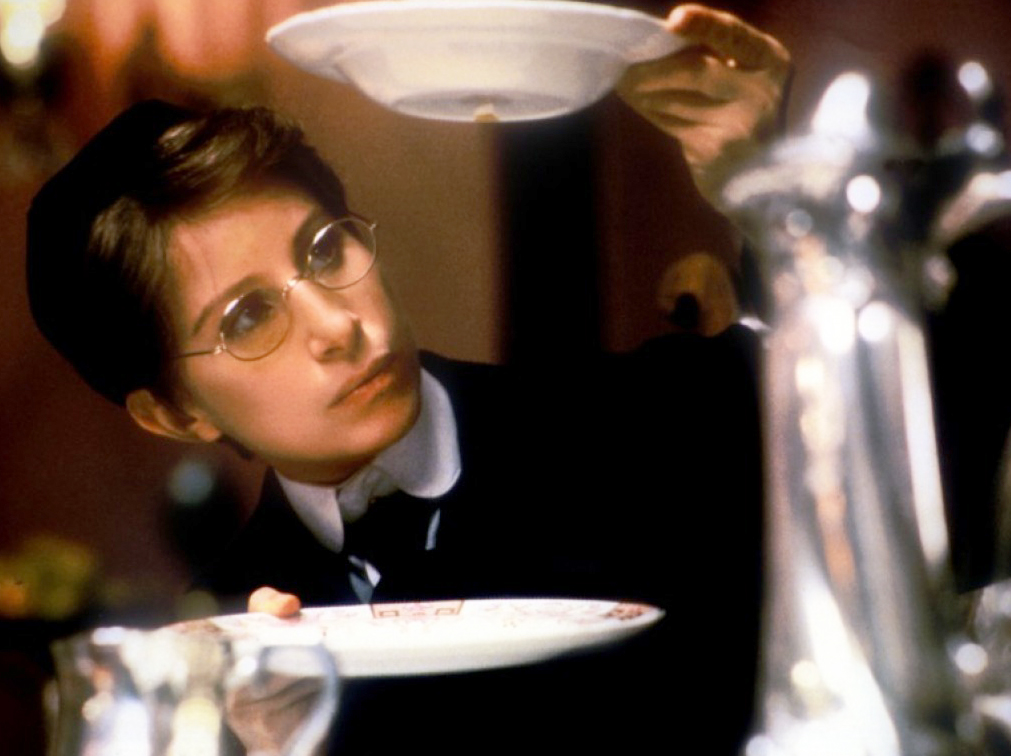 At the Movies: ‘Yentl’ and the History of Cross-Dressing in Film

Last weekend, while diving into my ever-growing quarantine movie watch list, I revisited a film I hadn’t seen or really thought about since I first watched it as a teen: Barbra Streisand’s Yentl (1983).

Streisand already had her legacy assured with William Wyler’s Funny Girl (1968), but she still felt she had potential to expand her career even further with a traditional Jewish tale such as Yentl.

At the time, the film received a lot of attention and publicity for Streisand starring and directing the story, as well as for the sexual politics that run through the themes.

In 1904 Eastern Europe, a bookworm named Yentl (Streisand) decides to dress as a man and take her younger brother’s name—Anshel—to be able to attend a prestigious Jewish college in Poland. Once she gets there, she not only fools the whole school, but quickly develops an attraction to her charming roommate, Avigdor (Mandy Patinkin).

But things get complicated when the girl Avigdor is in love with, Hadass (Amy Irving), develops a crush on “Anshel.” If this sounds familiar, that’s because it’s basically the Hebrew equivalent of Shakespeare’s Twelfth Night (1602), which would also inspire other famous cross-dressing features, including She’s the Man (2006), Motocrossed (2001) and even Disney’s Mulan (1998).

Something that works in Yentl’s favor and makes it more unique than the other cross-dressing themed movies is that the gender disguise isn’t used as a comedic gag.

Everyone in the story’s universe believes “Anshel” is a legitimate male, so Streisand chooses to spend the rest of the film focusing on the love triangle and Yentl experiencing independence.

Though the picture is very much a product of its time (bisexuality doesn’t appear to exist, and they constantly remind viewers Yentl is straight), Streisand, Patinkin and Irving take the material seriously enough for it to still be intriguing.

Besides that, Yentl still holds up with entertainment value and a change of pace in modern times.