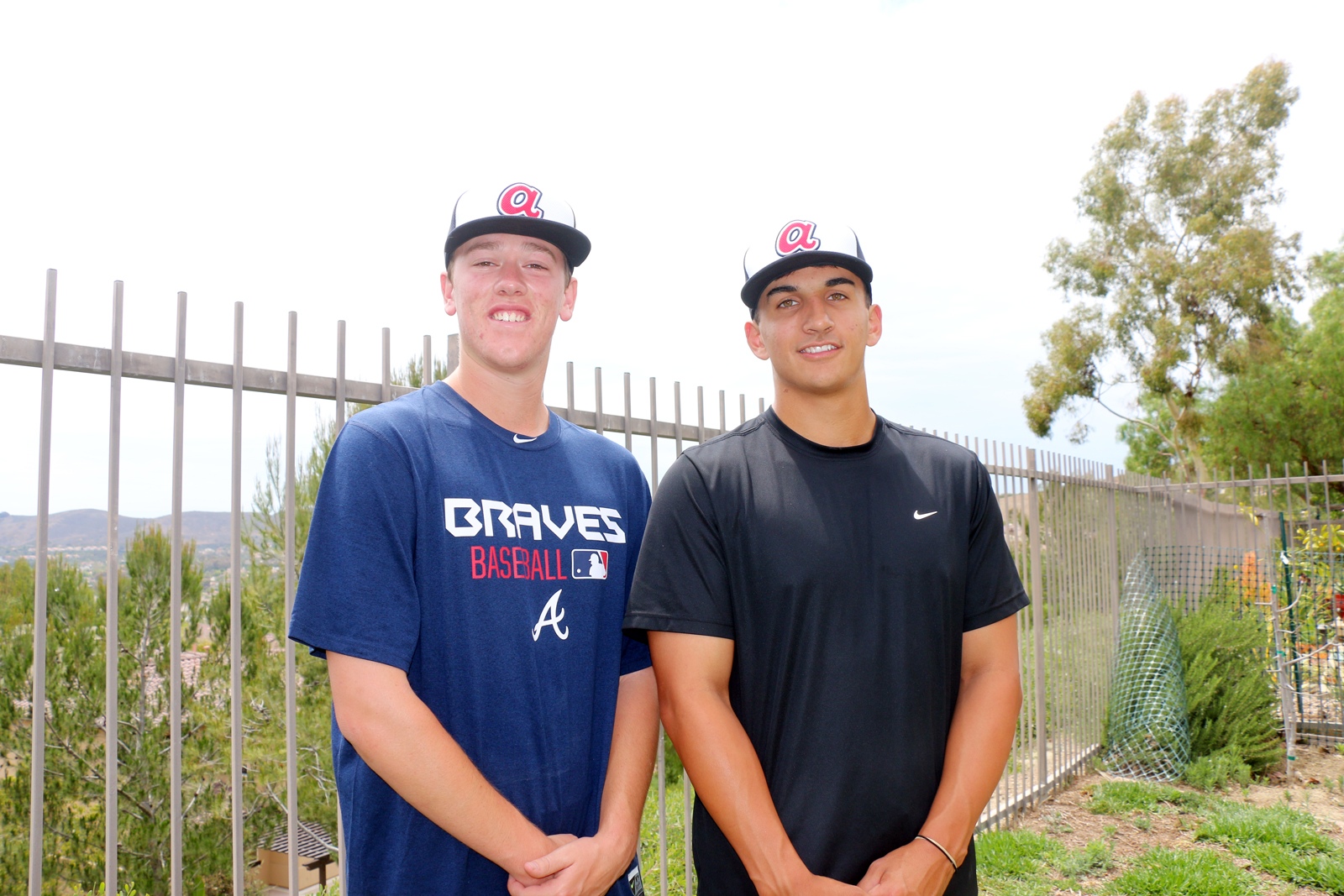 After the news filtered through the television that San Clemente High School senior pitcher Kolby Allard had been selected by the Atlanta Braves as the 14th overall pick in the 2015 MLB Draft, there were optimistic jokes and nervous murmurs circling around the room that his teammate and catcher, Lucas Herbert, would join him in Atlanta.

Allard and Herbert, who are best friends, gathered with their families and close friends at the Herbert residence to watch the draft unfold on June 8.

As the minutes ticked by and the second round approached, the possibility grew more real. By the time the Braves, who were among the teams tied to Herbert in the buildup to the draft, were on the clock again with the 54th pick, it seemed like it was destined to happen.

“After they took Kolby I wanted to go to the Braves as well … It was a pretty awesome moment, (hearing) that we are both going to the same team. It was pretty unreal,” Herbert said.

“When it happened the house erupted. It was pretty sweet,” Allard added.

The Braves did indeed pull the trigger on drafting both Herbert and Allard, an effective pitcher-catcher combo and among the more sought-after high school prospects for their positions in this year’s draft. Both players had commitments to UCLA but eagerly await their chance to sign their big league contracts once they graduate.

Allard entered his senior year as a top prospect and was regarded as the best prep arm in the nation after a dominant junior year. But after just a few starts, Allard was shut down for the season after being diagnosed with a stress reaction in his back. Nevertheless, he wound up as the 14th overall pick and the first high school pitcher taken in the draft.

“It was awesome. You work your whole life, all the hours you put in, all the days you put in. It was a surreal moment to make my dreams come true,” Allard said.

All players have a dream team they’d like to play for in the back of their mind and are at the mercy of the draft when the time comes. Herbert said his ideal scenario has always been to play for the Braves.

Herbert, a defensive maestro with a solid bat, lived in the Atlanta area for three years before moving to San Clemente his sophomore season. His old school, Milton High School, is just 31 miles from the Braves’ Turner Field.

“The Braves always told me they were interested in me. So I was pretty confident they were going to take me at 54,” Herbert said. “Once the Braves came up at 54 and I was there, the minute (in between picks) went pretty quick. It was pretty cool that they called my name.”

The Braves organization is in a state of flux, following the firing of former general manager Frank Wren in September of 2014. But the organization, which has historically been one of the most consistent in all of baseball, has been busy stockpiling prized prospects. In the offseason, the Braves made a jump from 26th to 15th in the 2015 Baseball America organization talent rankings. John Hart is now the team’s general manager.

Allard and Herbert will wait until after they graduate high school to make the flight out to Atlanta, where they will sign their contracts and prepare for the next step.